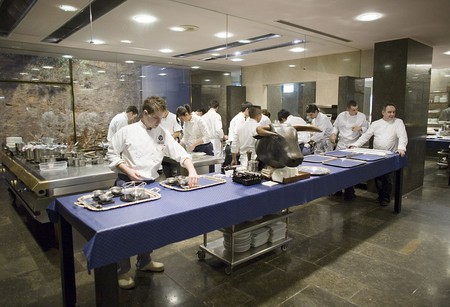 Considered to be one of the best chefs in the world, Ferran Adrià was at the center of the ‘molecular gastronomy’ movement which has revolutionized food in the last decades. He entered the world of gastronomy in his twenties when he got a job as a dishwasher in a town on the outskirts of Barcelona – and just six years later he had been promoted to head chef at the famous El Bulli restaurant.

Born and raised in the suburbs of the Catalan capital Barcelona, Adrià entered the world of professional kitchens when he decided to quit his studies at the university and to take up a position as dishwasher in a local hotel. There he was taught the essence of the traditional Spanish cuisine, which was, by and large, the only type of cuisine really available in restaurants in Spain at the time. Soon after his initial stint in kitchens, Adrià was called up for military service where he spent the best part of the next two years working as a chef in the army. Fortunately this did not put heed to his career and in fact, it was here that he found out about the restaurant which would go on to be synonymous with his name: El Bulli.

El Bulli had been open since the 1960s when a German couple decided to run it as a seaside restaurant for holiday makers. By the early 1980s, it has already been awarded two Michelin-stars and Adrià was eager to find out more about what was happening there. He applied to spend his military leave working in El Bulli’s kitchen and in March 1984, his military service completed, he took up a full-time role in the restaurant. By 1985 he was head chef and welcoming his younger brother, Albert, to work with him. 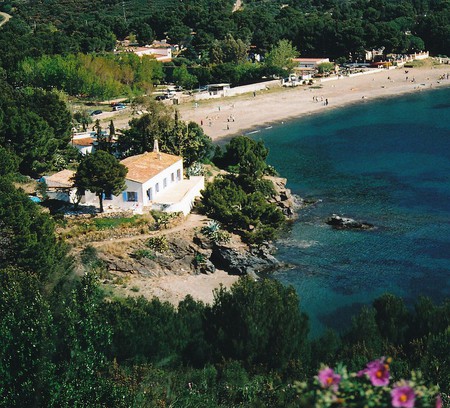 At that time, French cuisine was largely considered to be the finest in the world and Adrià was encouraged to travel to France to learn from some of the great French masters of the time. But it was not for his ability to mimic the fashions of the time but rather his innovative approach to cooking which would be the making of him.

If ever there were just two names best associated with the culinary movement known as ‘molecular gastronomy’, it would have to be Heston Blumenthal (UK) and Ferran Adrià (despite both of them being critical of the name itself). The movement is best understood as an attempt to apply the knowledge and principles of science to the process of cooking, so as to push back the barriers of what can be achieved in traditional cooking and explore new textures, flavors and experiences. Adrià championed the use of ingredients such as natural gums, liquid nitrogen or enzymes to create new textures, as well as exploring new cooking techniques such as sous-vide cooking or the use of existing techniques in new ways (think savory ice-cream). 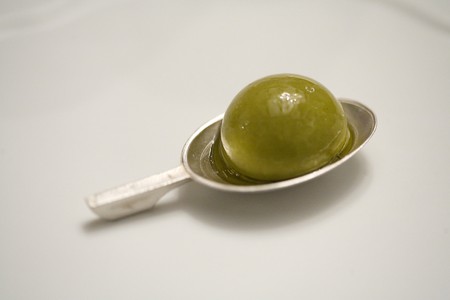 Adrià himself prefers the term ‘deconstructivist’ cuisine or even ‘techno-emotional cuisine’, referring to the way the experience should involve all five senses. Borrowing from the art world, the principle of deconstructivism is to take apart the constituents of a whole and reassemble them in a different way than usual. One of the most iconic of such dishes from his time at El Bulli was perhaps the ‘spherified’ olive: an olive-lookalike made of olive oil juice which is then processed to recreate the appearance of a regular olive, but which explodes in the mouth when bitten into. The mind is tricked into expecting one thing while the mouth and nose perceive another.

In order to maintain the level of creativity and quality which was required at El Bulli, the restaurant would close for nearly half the year, during which time Adrià and his team would be hard at work in the workshops known as El Bulli Taller in Barcelona. When it was open, the restaurant was usually booked up months in advance and it became one of the most coveted restaurants in the world. By 2009 it had been voted ‘Best restaurant in the world’ by The Restaurant Magazine for the fourth year in a row. 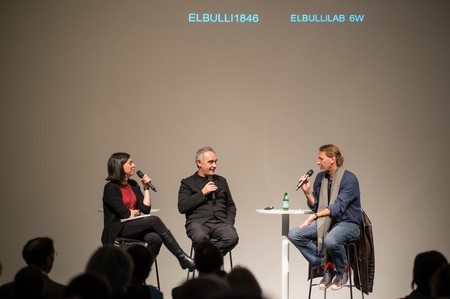 However, in 2011 Ferran Adrià announced the restaurant would be shutting down, without a clear message at that stage whether it would reopen at a later time. Adrià had initially announced that the restaurant would close owing to its inability to be financially lucrative despite its worldwide success. At one point the restaurant was employing over 40 chefs. Despite rumors to the contrary, the restaurant remained closed permanently and Adrià turned his attention to the El Bulli Foundation and El Bulli Lab, whose somewhat mysterious motto is: ‘eat knowledge to feed creativity’.

Since the closure of ElBulli Adrià has taken on numerous projects leading him to collaborate with numerous organizations from the world-famous circus group Cirque du Soleil to the Spanish telecommunications group Telefonica which is supporting one of his latest projects, the Bullipedia – a sort of online encyclopedia for chefs. In his new life outside the kitchen, he seems as committed as ever to revolutionize the way we think and enjoy food. His work with the foundation is veiled mystery and a sense that somehow Adrià is trying to play with the laws of physics themselves to modify the reality of food.