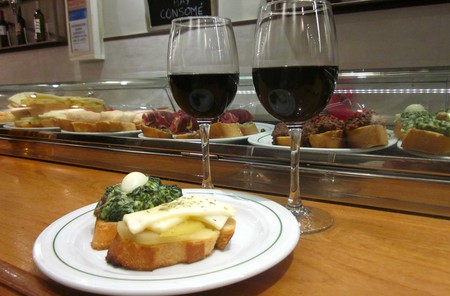 Madrid is one of Europe’s cheapest capital cities. It’s easy to find a decent hotel if you’re on a budget, and dining and drinking out are very reasonable, especially if you check out some of the places on this list. For those traveling on a budget, here’s a guide to the most fantastic cheap places to drink in Madrid.

100 Montaditos, which translates to “100 little sandwiches” is a bar with several locations around Madrid. Often frequented by students, visitors and locals, this bar welcomes anyone who’s on the hunt for beers at rock bottom prices. With a menu offering about 100 sandwiches and snacks, you can plan to have a few beers and eat on a seriously small budget. 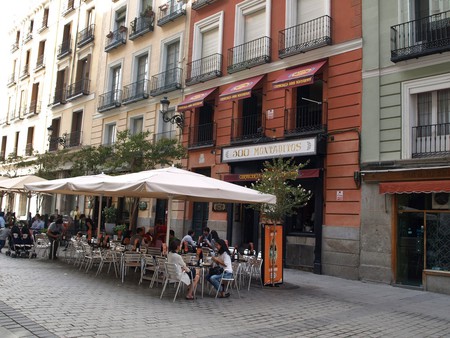 Bar, Beer, Spanish, $$$
Facebook
Email
Twitter
Pinterest
Copy link
Share
Map View
A bar that prides themselves on having “Andalusian style” tapas and vibes, this is a cheap and cute spot to enjoy some beers and pescado frito(fried fish), which is a popular menu item in spots like Seville or Cádiz. With a few locations around the city of Madrid, there’s sure to be one near you. Just be prepared to sit for a while, as the service is pretty relaxed at La Tona.
Open In Google Maps
38 Calle de la Montera, Madrid, 28013, Spain
+34913485321
Give us feedback

Having a beer as you watch the sunset at the Egyptian Templo de Debod in Madrid is one of the most enjoyable ways to see the sun go down. The park is crowded with tourists visiting the temple during the day, but when the sun goes down, locals come out, beer or tinto de verano (wine mixed with fanta limon) in hand to chill on the grass and watch the sky change hues. You can either BYOB or purchase a beer for one euro from the many vendors who walk around. 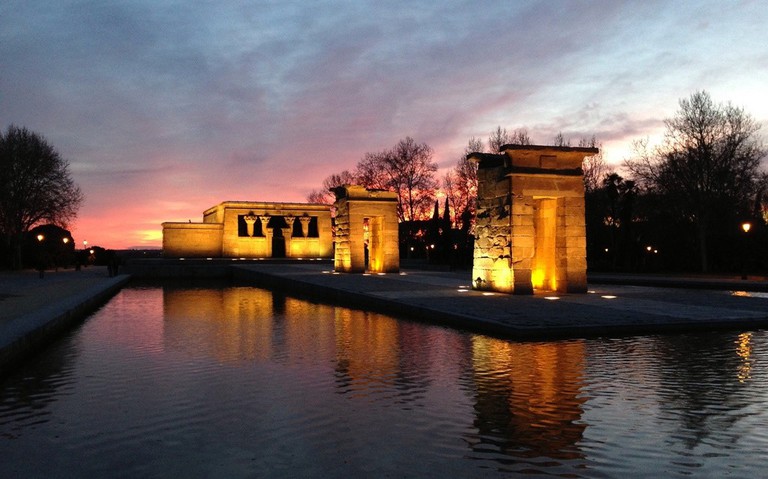 This franchise is the perfect spot for budget travelers to stop for a beer or wine, accompanied by a few tapas. Some locations have great outdoor patios, but all have cheap prices. Pair your beer with the huevos rotos (broken eggs) or for something lighter, one of their hearty salads.

Entre Cáceres y Badajoz is one of the few restaurants in Madrid that gives you free tapas when you order a drink. It’s possible to eat an entire dinner for well under 10 euros after ordering a few beers. Expect to get items like portions of paella, calamari, sausage and peppers or other typical Spanish items when you order a drink here. 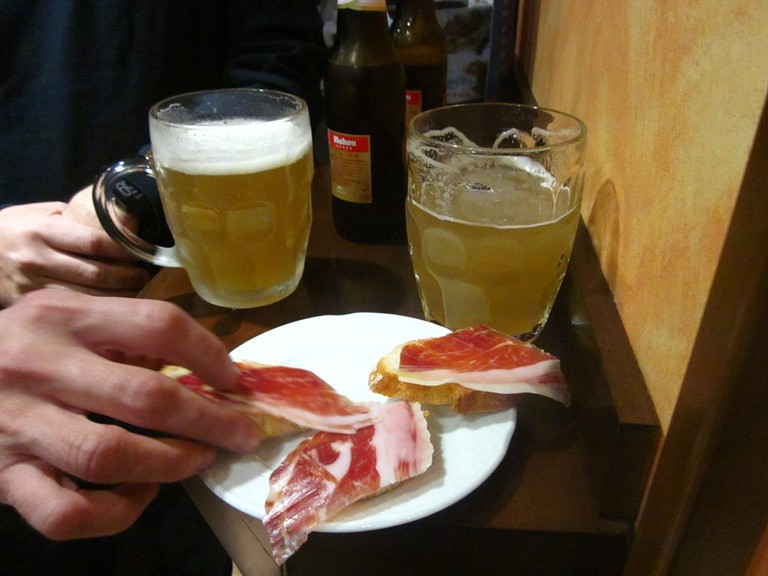 Get free food with your beer here | © Jorge Ortega Villanueva

In one of Madrid’s plazas

Though drinking in the streets isn’t technically legal (though it is during certain festivals), many locals and tourists meet in plazas once the weather is nice to sit around and drink. Assuming there’s nothing seriously crazy happening, local police tend to turn a blind eye to this custom, which the Spanish call the botellón. Of course, it’s BYOB and expect to see many locals come extra prepared, bring things like cups, ice, hard liquor and more. This will typically happen during weekend evenings in plazas like Dos de Mayo, San Ildefonso, the Tribunal metro area and many more. So stop at the grocery store beforehand to buy some cheap beer and head over to a square to drink the local way.