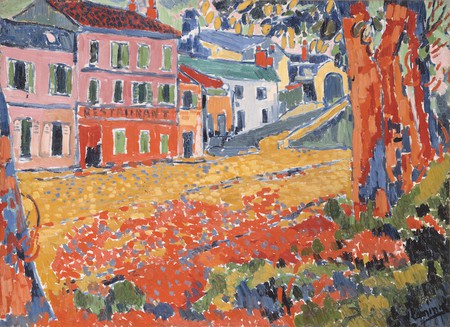 The Fundación Mapfre’s highly ambitious new exhibition titled The Fauves: Passion For Color in Madrid has gathered some 150 Fauvist pieces from 80 galleries around the world, as well as 30 private collectors. Even today, the intense colors of each work, accentuated by the gallery’s dark grey walls, are striking. 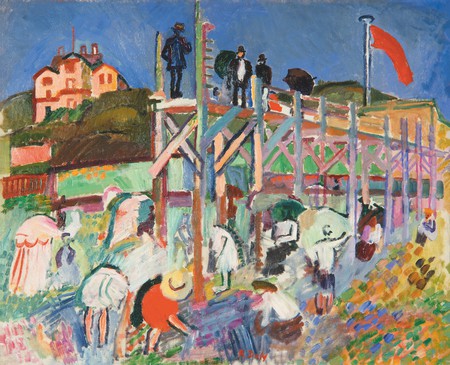 In October 1905 in Room VII of the Salon d’Automne in Paris, a selection of paintings were exhibited around two marble busts by Donatello. In the rarefied world of art, the paintings caused a scandal. The critic Louis Vauxcelles described the group of artists who had created them, led by Henri Matisse, as fauves – French for “wild beasts.”

To a public still getting used to the new directions of Impressionism and Post-Impressionism, the replacement of much of line and form with a ferocity of color was a step too far. Furthermore, there was a freedom of expression applied through energetic brushstroke and seemingly wild execution that broke with the accepted traditions of painting. The Fauves, as they became known, were rocking the boat. The movement lasted barely two years, yet they were to have a lasting influence on contemporary art. 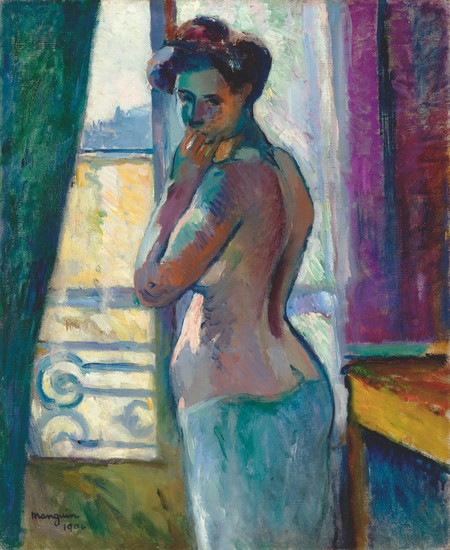 The Fauves: Passion For Color is staged in two separate floors of the gallery and divided into five chronological sections. The first looks at the movement’s origins. For this, the art teacher Gustave Moreau played an important role, For in his studio at the École des Beaux Arts in Paris, he had gathered around him pupils including Henri Matisse, Georges Rouault, Albert Marquet, Henri Manguin and Charles Camoin. He taught them to express themselves freely with color, a somewhat subversive instruction but they took his ideas and ran with them. Later, the group was joined by other artists including Jean Puy, André Derain and Maurice de Vlaminck.

The group built up a great camaraderie. They were well-acquainted with modern painters and the history of art, they knew each other’s families, went on holiday together, and discussed the finer points of technique. The closeness is reflected in the section showing portraits the artists painted of each other along with self-portraits. By doing so, they reinforced their group identity and showcased their individual styles, emphasising one of their principle values, that of artistic autonomy. 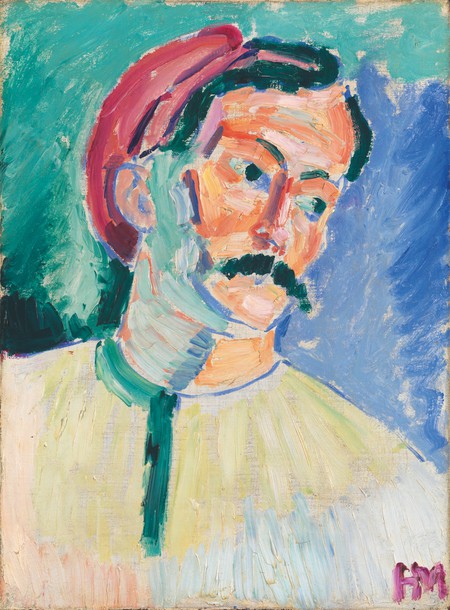 From 1904, the Fauves spent lengthy periods on the Côte d’Azur to study the fall of light on color. In the section Acrobats of Light, we see works from Matisse and Derain painted in the fishing village of Collioure that are more daring and spontaneous. Camoin, Manguin and Marquet went to Saint Tropez and other places on the coast. Vlaminck worked by himself painting color-saturated landscapes in Chatou. He was the wildest of the so-called “wild beasts,” having an explosive temper and forceful personality.

The section entitled the “Ferocity of Color” takes the group’s work on to 1906 when the movement was at its height and after the Parisian public had felt the shock of the new. It’s best exemplified by the painting of Big Ben made during one of three trips to London made by André Derain. The comparison with Claude Monet’s interpretation of the same scene painted only the year before was plain to see. Any attempt at naturalistic representation went straight out of the window, a common element in all the Fauves’ styles. In early 1906, three painters from Le Havre joined the group: Raoul Dufy, Othon Friesz and Georges Braque and gave it a shot in the arm. They too made use of Mediterranean light to create intensely-colored works. 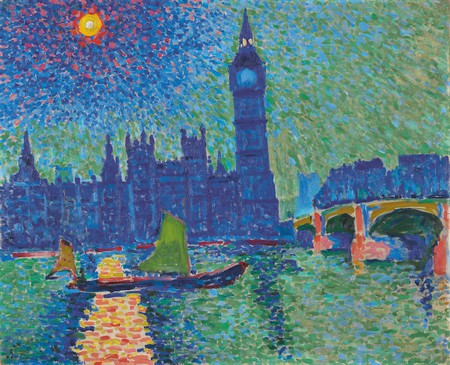 Gradually, in that same spirit of artistic autonomy, the Fauves began to go their separate ways, as shown in the final section of the exhibition, “Dividing Paths.” Cézanne died in 1906, and though he had been a constant influence on the Fauves, the rediscovery of his work saw a return to line and form exemplified in Matisse’s beautiful portrait of his daughter Marguerite. Pablo Picasso loved it so much he bought it. Picasso’s Demoiselles d’Avignon had such an impact that it too helped the return to line and form though he would go on to co-invent cubism with Braque, a development that both Matisse and Vlaminck detested. As with Picasso, other members of the group including Vlaminck, Rouault and Kees van Dongen abandoned landscape for depicting circus performers and prostitutes from Parisian night-life with the color intensity noticeably turned down.

This Madrid exhibition provides a rare and rewarding opportunity to see so many remarkable pictures from a short-lived movement on display together, an indication of how prolific its members were. The Fauves movement may not have lasted long but its influence, particularly in its use of chromatic intensity and forceful brushstrokes, was significant on emerging avant-garde movements outside of France as well as for the development of Expressionism and Cubism. 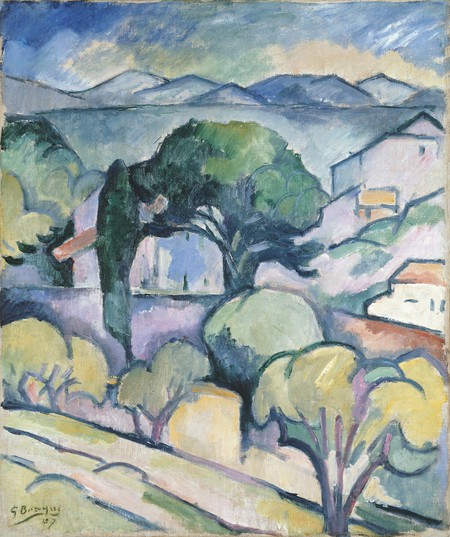 The Fauves: Passion for Color will remain on view at the Fundación Mapfre Gallery, Paseo de Recoletos 23, Madrid until January 29th, 2017.