Everything You Need To Know About Spanish Cider

Everyone knows about Spanish wines, beers, sherries, and even cavas, but Spanish ciders? Perhaps not so much. A classic drink from the northwest regions of the country, sidra (in Spanish) is an important part of the culture and is surrounded by history and tradition.

How Is It Made?

Cider production in Spain dates all the way back to the first century, and it was recorded here by early Roman settlers. Spanish ciders are very different from the more famous Irish variety; firstly, they are not sweet, and secondly, they are often not sparkling. They have a sharp, crisp tang that really allows you to taste the natural apple flavor. To make the cider, apples are harvested in September and October, during the autumn season, and are left to ferment for around six months. The cider is fermented only with the natural yeast found in the apples, and no extra sugar is added. When ready, the cider has a very dry taste, is quite cloudy, and still has sediment in the bottom, unlike the clear ciders you may be used to. 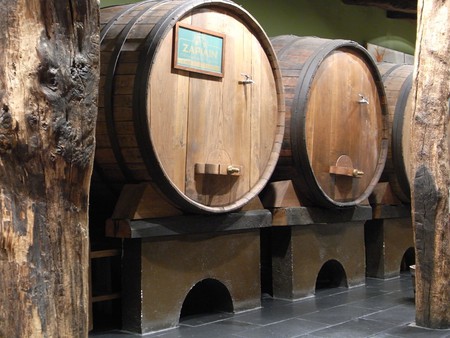 Where To Find It

The best place to find cider is in the Asturias region of Spain – in fact, around 80 percent of all the Spanish ciders are made here. You can also find cider production in the Basque Country and other parts of Green Spain – the name given to the northern Spanish coastal region exposed to the Atlantic Ocean in Galicia, as well as Cantabria, the Basque Country, and along the Bay of Biscay. Unlike many parts of southern Spain, these regions get lots of rain – perfect for apple growing. Asturian cider is called sidra, and in the Basque Country, it’s called sagardoa.

You will find local cider bars or siderías, as they’re called, all over the region, dedicated solely to the drinking of cider (as well as eating). Take a look at our guide to the ‘10 Best Cider Houses in Spain.’ 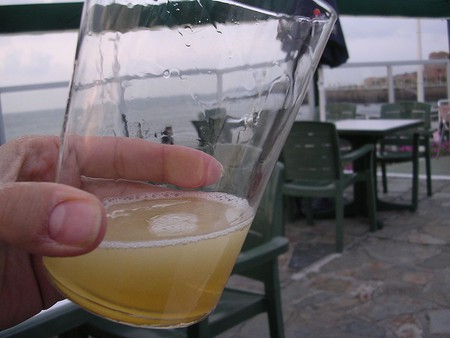 Like most things in Spain, there are a great many traditions surrounding cider, especially in Asturias. When the cider is almost ready, around January, it’s time for the espichas, festive events where family and friends gather to taste the first cider of the season, straight from the barrels. The feasts also feature bread, hams, and local cheeses. If the cider passes the taste test, it will then be bottled and sold a couple of months later. 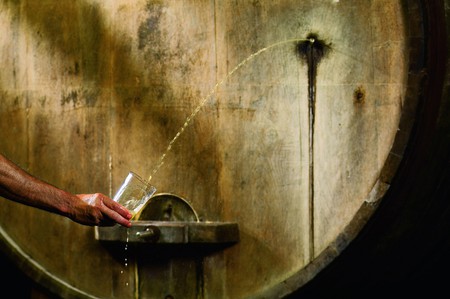 The pouring of cider is also of great importance in Spain. The amber liquid should be poured from a great height, allowing lots of air bubbles into the drink. Only one or two gulps are poured at once, and then the pouring process begins again – this method allows the drinker to enjoy the full flavor of the drink. Special glasses – small and made from very thin glass – are also used for drinking cider.

If you really want to experience Spanish cider and its traditions at their best, head to the Nava Cider Festival, held each July, in the Asturian town of Nava. 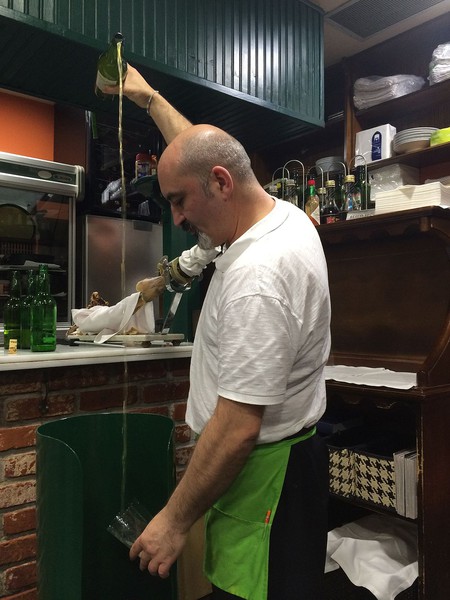