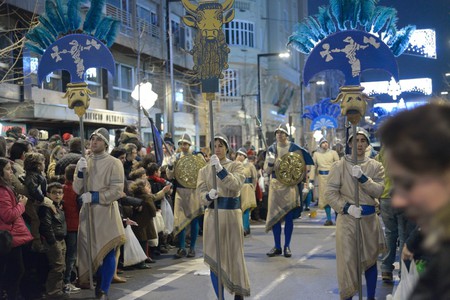 On the evening of January 5th every year, Spanish towns and cities are given over to the colourful parades of the Dia de los Reyes, or the Kings’ Day – a celebration of the arrival of the three wise men in Bethlehem after Jesus’ birth. Mechanised floats bearing effigies of Melchior (Arabia), Caspar (the Orient) and Balthazar (Africa) – or real life versions of the wise men played by members of the local council – and various other brightly-costumed participants trundle down major streets; as they pass, they throw out handfuls of sweets that rain down on the spectators gathered to watch their grand entry into the town. 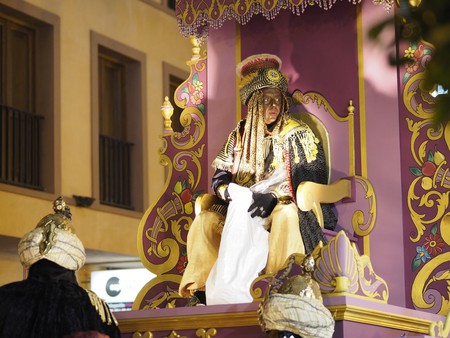 A Kings’ Day parade in the Andalusian town of Velez-Málaga; Antonio Martin/Shutterstock

The sweets are supposedly just for kids, for whom this annual holiday has become the biggest deal for. But given Spaniards’ love of a freebie, you’ll see plenty of adults with upturned umbrellas trying to catch as many as possible, too. In major destinations such as Madrid and Barcelona, the sweet-throwing Kings’ parades attract crowds of hundreds of thousands and are televised across the country, but every Spanish town and city stages some kind of celebration on January 5th. The atmosphere is friendly and family orientated – a little like Semana Santa but minus the atmosphere of sombre religiosity – and the parades usually happen early evening so young children can watch them before going to bed.

The three kings or wise men perform the same role as Santa Claus at Christmas, so on the evening of the 5th children are supposed to leave a cleaned pair of shoes outside their doors for the nocturnal visitors to fill with gifts. In fact, a 2015 survey by Spanish toymakers association AEFJ showed that the colourful kings, or Magis as they’re sometimes called, are far more popular than Papa Noel amongst Spanish children: 68% said they preferred receiving presents from the wise men, with only 27% rooting for Father Christmas. Just as with Santa, children write letters to the kings and are encouraged to leave snacks for their exhausted camels before going to bed on the 5th. Good kids get presents and bad kids are supposed to receive a lump of coal. 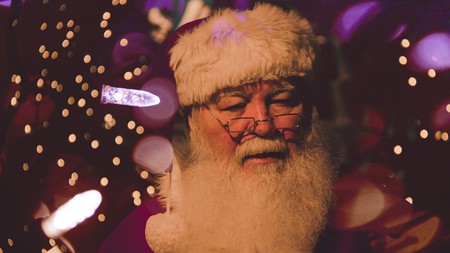 For many Spanish families, January 6th is an important public holiday in which everyone comes together to watch the children unwrap their second load of presents in as many weeks. There is abundant eating and drinking and the traditional cake is called the Roscon de Reyes, a circular sweet bread sprinkled with sugar and dried fruits. Embedded inside is a plastic little king or queen and whoever finds it is monarch for the day, meaning they are entitled to be waited on hand and foot. Hidden inside the cake is also a bean, the unfortunate recipient of which has to buy the Roscon the following year. That might not be such a bad thing though, as some bakeries have been known to bake diamonds and cheques worth thousands of euros into the cakes, as well as mini monarchs and beans. 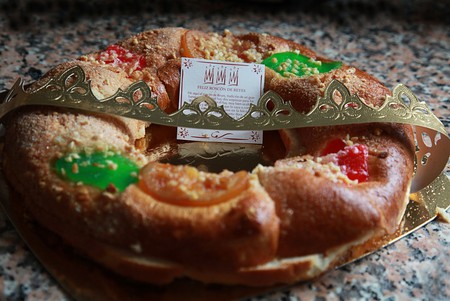 Keith Williamson/flickr
Give us feedback