Everything You Need to Know About San Sebastián's Tamborrada Festival 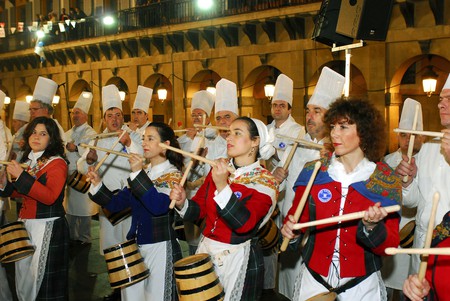 San Sebastián’s Tamborrada Festival is one of the biggest events on the Basque city’s calendar, bringing everyone together to celebrate its patron saint and strong city traditions. Here’s everything you need to know about the festival.

When does it take place?

At midnight, the whole city gathers together in the Plaza de la Constitución and the city flag is raised to signal the start of the festival. It is at this time that everyone comes together to sing the San Sebastián city song, followed by parades of drumming and marching. You’d better bring your earplugs as various groups keep the drumming going for a full 24 hours. Drummers dress up during the event either in soldiers’ and cooks’ uniforms or traditional dress, and parade around town. At the end, everyone heads back to the square again for one more rendition of the city song, before the flag is lowered for another year. 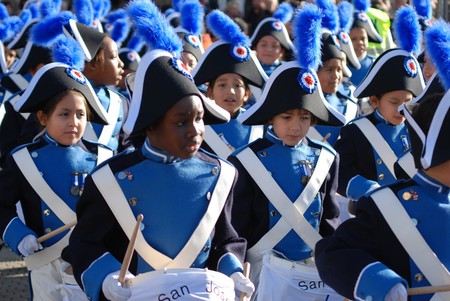 What are the origins of the festival?

It is believed the festival’s origins go all the way back to the Napoleonic Wars, when French soldiers took over the city. During each morning, when the local women would go to collect water at the public fountains, the soldiers would parade through the streets banging their drums. This angered the locals, so many began to make fun of them by creating their own drums out of water barrels or pots and pans, and banging them with wooden spoons.

In 1813, British and Portuguese troops tried to regain control from the French Army, but in doing so essentially burnt the city to the ground on August 31. After rebuilding San Sebastián, the people came together to unite in defiance of the soldiers.

Then in 1836, drumming tradition became part of the Donostia (San Sebastián in Basque) carnival, celebrating the city and its patron saint. The city’s various gastronomic societies or private dining clubs, continued the tradition and kept it alive, leading to the Tamborrada festival we know today.

How big is the festival?

Around 125 different drumming groups (consisting of between 20-50 drums and 50-100 barrels), accompanied by a brass band and flag bearers, parade through the streets – making it a huge event. In total, over 15,000 people take part over the 24-hour period. 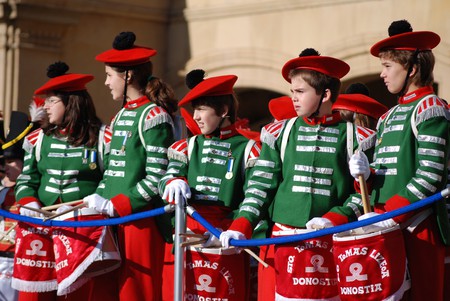 What do I need to know about attending the festival?

The festival itself is free, so you don’t need to book tickets to attend, just turn up and watch. If you do plan on attending however, you’ll need to book in advance for accommodation as hotels and hostels fill up fast.