Everything You Need to Know About Mallorca's Mystery Festive Pastry 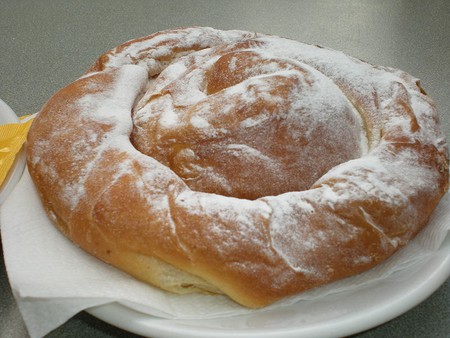 The ensaïmada is the Balearic Islands’ most iconic pastry and is found all over Mallorca, Menorca and Ibiza. But why exactly is it so special? Read on for everything you need to know about a pastry whose origins are still shrouded in mystery.

Mallorca’s most famous pastry has a mysterious past. The ensaïmada Mallorquina—a coiled treat of light, flaky pastry that can be both sweet and savoury—is thought by some to have Moorish origins, while others say it has Jewish roots. Either way, the first written reference to ensaïmadas was found in a mid-18th century book of regional recipes compiled by a Franciscan friar, who noted that the pastry was most commonly eaten at festivities and special occasions.

Since their first appearance in a recipe book, ensaïmadas have received praise from Spain’s leading culinary figures. In the 1970s, the pastry was described by legendary Catalonian journalist Josep Pla as ‘the lightest, airiest, most delicate thing in this country’s confectionary.’ In 2015, Ferran Adría, considered to be one of the best chefs in the world, spoke about the Mallorcan speciality, declaring that ‘there is not a product equal to the ensamaïda in the world.’ High praise indeed. 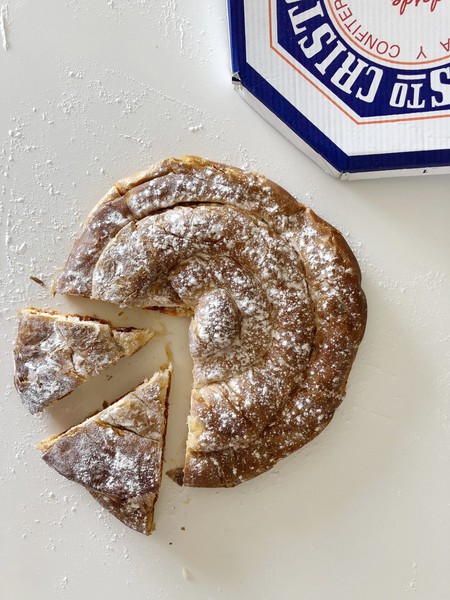 The base recipe is a mixture of flour, water, eggs, sugar, dough and pork lard (for which the Catalan word is saïm, hence the pastry’s name). For a typical Mallorcan breakfast, order a plain ensaïmada (ensaïmada llisa) sprinkled with sugar, along with a coffee or a cup of thick hot chocolate (throughout mainland Spain, the ensaïmada is replaced with churros—sweet, deep-fried sticks of dough).

For a more interesting sweet version, you can go for a cabell d’ángel (‘angel’s hair’), in which the ensaïmada is stuffed with strands of pumpkin that are first fried in sugar. Other sweet varieties of the Balearic Islands’ most iconic pastry also come filled with sweet cream and/or chocolate, or with a topping of apples and apricots. The ensaïmada can be served either as a single pastry for one person, or in a larger size, which is then cut up for sharing (a popular option for families at Christmas). 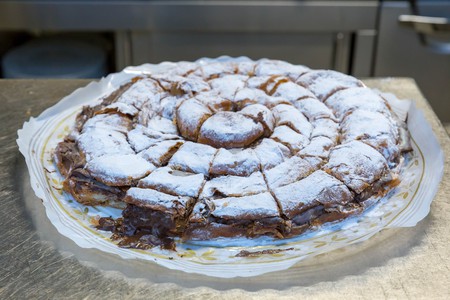 The delight of an ensaïmada is still available to those who don’t have a sweet tooth. A decadent savoury variety of the pastry comes stuffed with chunks of sobrassada—a cured pork sausage made with paprika and salt that is one of the Balearic Islands’ other culinary specialities.

This version can also feature pumpkin and is a popular dish on the festive days leading up to Lent, when some locals give up (or try to give up) things like pork lard and sobrassada. Once Lent begins, the locals start counting down the days until they can, once again, enjoy the unique taste and texture of the ensaïmada. 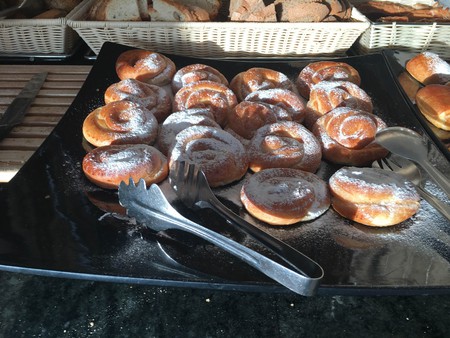