Everything You Need to Know About Córdoba’s Mosque-Cathedral 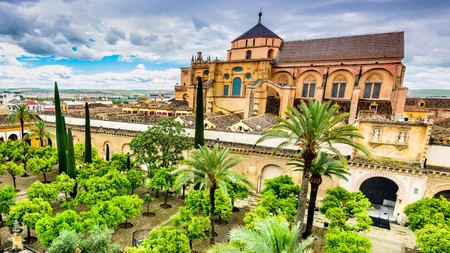 The Mezquita-Catedral in Córdoba is one of the two great symbols of Spain’s Moorish past, equalled in splendour only by the Alhambra, in Granada. When the Moors were defeated in the 13th century, the mosque had a Catholic cathedral built within its prayer hall, but it was not destroyed. Here, Culture Trip takes a look at its remarkable history.

The site now occupied by Córdoba’s great Mosque-Cathedral, or Mezquita-Catedral in Spanish, has been swapped back and forth between Christians and Muslims for centuries. Iberia’s Christian Visigoths built the San Vicente church here before the Moors arrived, remains of which can be seen underneath the mosque and date from the sixth century. When the Moors began their invasion of Spain in 711CE, Córdoba was among the first cities that they conquered, and according to some accounts, they split the San Vicente church in half, designating it as a place of worship for both Christians and Muslims.

By 784CE, Córdoba Muslim’s population had grown, and the original mosque was no longer big enough. The Umayyad prince Abd al-Rahman I had arrived here from Syria after his family was murdered in a political power struggle. After defeating the governor of al-Andalus, he took control of the region and ordered the building to be torn down to make way for a new, much larger Mezquita. Once established in Córdoba, he created an entire industry dedicated to its construction, employing thousands of artisans and builders to work on the project.

Over the next two centuries, the original structure underwent major additions and extensions. The most significant of these was the southward expansion of the prayer hall. This work, carried out under Abd al-Rahman II, adhered to the bold double-arch design of the original. The addition of an ornate minaret (converted into a Renaissance belltower after the Reconquista) was completed by his successor, Abd al-Rahman III, and another extension to the prayer hall and additions to the mihrab by al-Hakam II. When the building was finally completed in 987CE, more than 200 years since the first stone was laid, it was the second most important mosque in the world after Mecca. 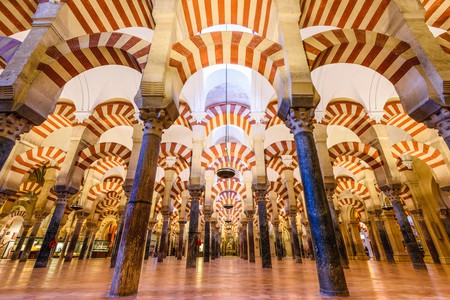 The Mezquita’s most notable feature is its vast prayer hall, the ceiling of which is supported by 856 columns of jasper, onyx, marble, granite and porphyry, excavated from the Roman temple that once stood on the site. Resting on the columns are double arches, and the recognisable red-and-white-striped design was modelled on those of the Dome of the Rock in Jerusalem.

When King Ferdinand III defeated the Moors in Córdoba in 1236CE, the mosque was converted into a place of Catholic worship, with various additions made over the centuries, including those by Alfonso X later in the 13th century and Enrique II in the 14th century. However, the most radical suggestion for reform came in the early 16th century, when the cathedral’s bishops suggested demolishing the medieval mosque and building a brand new cathedral in its place.

There was such opposition from the citizens of Córdoba that Charles V, the Holy Roman Emperor and king of Castile and Aragon, hit upon a novel and historic solution – namely, to build a cathedral directly in the prayer hall. The resulting structure (with which the emperor was disappointed, according to a popular account) is as unique as it is controversial, combining the intricacy of Moorish aesthetics with the heavy grandeur of a gothic-Renaissance nave.

Tickets to visit the Mosque-Cathedral are available to buy online, or from ticket booths in the courtyard. Entry is €11 (£10).