Is This European Country Home to the World's Most Unusual Sport? 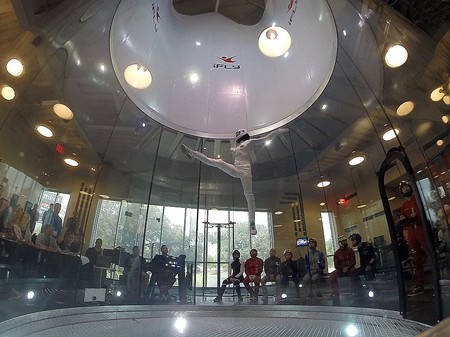 A new, gravity-defying sport is blowing people away and could soon be making its way to the Olympic Games. In the small town of Empuriabrava, in northeastern Spain, a new and unusual sport is taking off…literally.

Indoor skydiving, in which participants don skin-tight bodysuits and helmets and pull their best shapes inside a vertical wind tunnel, is going from strength to strength. 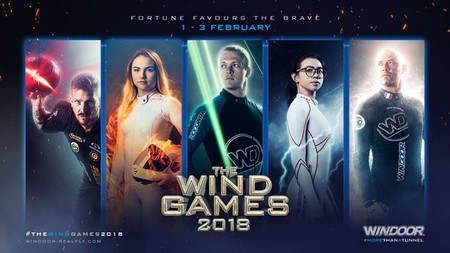 The poster for this year’s Wind Games | Courtesy of Windoor

Participants from around the world have been competing in the fifth annual Wind Games this weekend.

The competition, which began in 2014 to draw more attention to the sport, takes place at Windoor, Spain’s fist vertical wind tunnel, and attracts teams from as far away as the United States and Singapore.

It consists of five different disciplines, from four-person displays to freestyle – the most creative category in which participants perform their own choreographed routine and are marked on style, originality and the difficulty of their moves.

The 15-year-old won the coveted medals in solo freestyle and the four-way speed gold – a mixed gender discipline in which skydivers have to complete several different dives as fast as possible.

Spanish flier, César Rico, from Benidorm, smashed the solo speed round, making him the fastest indoor skydiver in the world and adding another medal to Spain’s total haul of six.

The sport hit the news in 2016, when a video of Maja Kuczyńska of Poland competing in the solo freestyle competition, went viral (see video, below).

This year, over two million people across the world followed the Wind Games on social media and online.

This year’s games were dominated by the excitement that this little-known sport could soon be making its way to the world stage of the Olympic Games; the French National Olympic and Sports Committee (CNOSF) is currently assessing the possibility of including indoor skydiving as new Olympic discipline for the Paris Games in 2024.

“After many years of hard work, we are about to achieve our longed Olympic candidature for Paris 2024, an achievement that fills us with pride as well as the whole international indoor skydiving community,” said Windoor director, Aida Rico, in a press release.