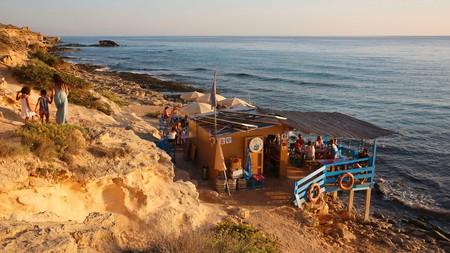 Many of you are now able to begin planning holidays abroad later this year, following the rollout of vaccination programmes around the world. While you’re probably still in the early stages, we’ve found a small island off the southern coast of Ibiza that offers everything you could want from a destination away from home. Here’s our guide to Formentera, the gem of the Balearics.

Just south of Ibiza, Formentera is often overlooked as a holiday destination in favour of its livelier neighbour. The relaxed island has a different atmosphere from many of the other islands in the region, but that’s what makes it stand out this year. With fewer crowds, an outdoors lifestyle and quirky local culture, Formentera is perfect for a summer getaway once it’s safe to travel again. 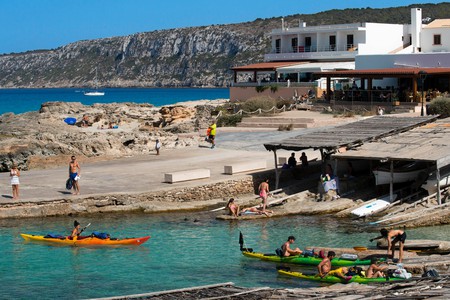 This beautiful, laid-back island is only accessible by ferry from Ibiza. With no airport of its own, Formentera manages its visitor numbers and noise pollution is minimal. In fact, pollution, in general, is something its residents want to reduce. Ecotourism is taken very seriously here, possibly to avoid the problems Ibiza is facing, where an abundance of visitors and resort holiday accommodation has caused problems for the wildlife on the island.

The waters around Formentera are part of a unique ecosystem that survives largely off a native plant known as Posidonia oceanica, and there’s a concerted effort to protect these marine meadows for future generations; to this end the island aims to stop all single-use plastic by 2025.

There’s a wide choice of hotels and other places to stay on Formentera, and you should find something to suit your tastes and budget. You can get around by car or scooter, but it’s a lot more fun to take in the relaxed vibe on a bike or on foot. There are limits in place on the number of vehicles allowed to come onto the island, so you’re better off just packing your walking boots. 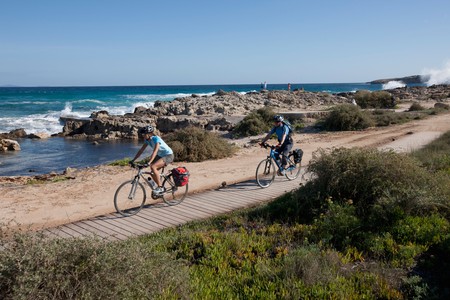 Don’t worry about working up an appetite either, as the island has several outstanding dining options, with restaurants making the most of the fresh seafood that’s widely available.

While Ibiza has a clubbing reputation, Formentera has historically been popular with hippies. Celebrities such as Bob Dylan and Leonardo DiCaprio have been drawn to the chilled atmosphere here, and one of the island’s landmarks has also found fame. La Mola lighthouse, standing on a cliff overlooking the ocean, was the setting for the 1877 Jules Verne novel, Hector Servadac. Formentera has also featured on the big screen in several movies, with the unspoilt landscape and remote feel transporting viewers to a dreamlike world. 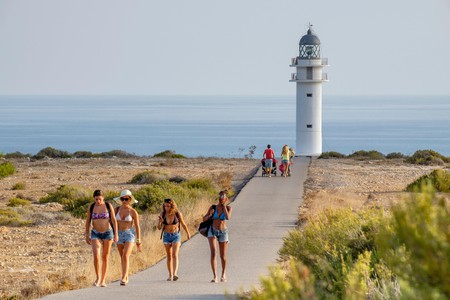 Formentera is home to several lighthouses, including the Barbaria | © agefotostock / Alamy Stock Photo

There’s a strong arts and crafts scene on Formentera, with markets selling locally made trinkets and souvenirs. Sant Francesc Xavier acts as a cultural hub on the island, where you can pick up any gifts you might want to take back home. From May to October, you can also visit the craft market at La Mola, which runs every Wednesday and Saturday.

The main draw here, though, is the beaches. The curved Platja de Migjorn, on the south coast, is the perfect place if you want to find a quiet spot in the summer. It’s several kilometres long, so you can always find a secluded area. 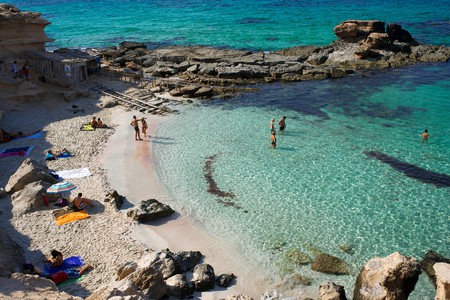 Formentera is half an hour from Ibiza, but it feels like a different world for curious travellers looking for a Spanish adventure this year.