Ernest Hemingway And Valencia: Passages Of A Silent Relationship

Ernest Hemingway was deeply in love with Europe throughout his life. He was culturally fond of Paris and was mesmerized by the beauty of Venice. Moreover, he adventurously loved the whole of Spain, always showing great passion for the country’s culture and traditions. However, among his famous beloved places, there is one less known which played an important role in his literary growth; indeed, not everyone knows about his bond with the city of Valencia.

Hemingway first arrived in Valencia in 1925 for the shows of the famous bullfighter, Cayetano Ordóñez – only to depart and return again several times in his life. Valencia calmed him, charmed him and inspired him. Here, we take a look at Valencia through the eyes of Ernest Hemingway.

Each of Ernest Hemingway’s stays in Valencia had a different value in his literary career. However, the first stay probably stands above all the others for its crucial importance.

Hemingway first arrived at Valencia’s Estacion del Norte (North Train Station) in 1925 looking for bullfights and for an ideal place in which to write. In order to follow the performances of Cayetano Ordóñez in Plaza de Toros, he rented a room in a quiet hotel just nearby (Hotel Reina Victoria) and divided his daily life among the bulls’ arena, the golden beach of La Malvarrosa, and his peaceful room. Considering Hemingway’s multivalent character, the balance between the exciting corridas and the quiet Mediterranean life succeeded to feed his hunger for new and opposite experiences. 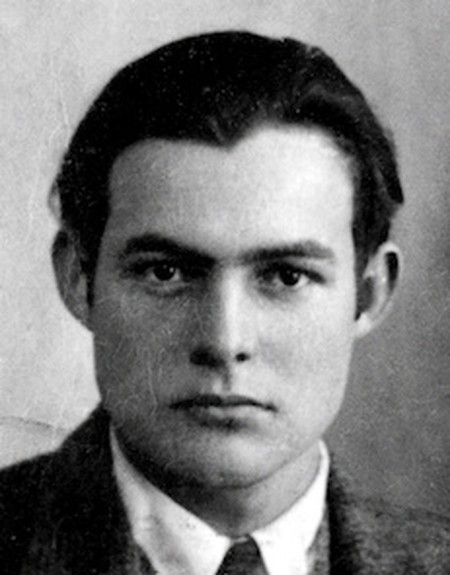 Valencia resulted in becoming a perfect environment for writing, and in less than a year there, Hemingway gave birth to his first celebrated novel, The Sun Also Rises (also known as Fiesta). He announced its completion in a letter to his father with this exact sentence: ‘Father, I have 60,000 words.‘ The letter is dated in 1926 and was sent from a postal office situated in the central Plaça de l Ajuntament.

In the genesis of The Sun Also Rises, Valencia played as a cradle and as a spring of creativity for Hemingway. In its pages, he did not miss to mention the city, giving an entire passage to the famous Valencian restaurant La Pepica. Through his words, he praised the restaurant, the excellent food, the beautiful beach of La Malvarrosa, and the relaxing atmosphere drenching the air.

Moreover, being genuinely passionate about the city, he never skipped to praise it on any occasion. Thus, he wrote in one of his letters to his friend Waldo Peirce in 1928: ‘In Valencia is damnably wonderful to eat a juicy melon on the beach or in the city; all along with a jar of cold beer.‘

After The Sun Also Rises, Hemingway left Valencia and kept on traveling around Europe and the world, although he always regarded the Spanish city as one of his preferred destinations.

Even though he made several short visits during the years, Valencia had to wait until 1936 to see the American writer again as one of its actual dwellers.

In 1936, Hemingway returned in a different form and with a different duty: leaving behind his earlier desire to move into narrating, he entered Valencia as a reporter of the Spanish Civil War. He used to send updates about the war to North American newspapers from Café Alianza, known today as Hotel Vincci Palace in Calle de la Paz.

For his second-to-last stay in Valencia, Hemingway experienced war from the outside – not as a soldier but rather as a narrator. This time, Valencia shaped itself differently in the author’s eyes; from the juvenile scenario of exciting corridas and peaceful beaches, the city turned into a balcony where he could observe the Spanish Civil War – Valencia became more intellectual than relaxing. 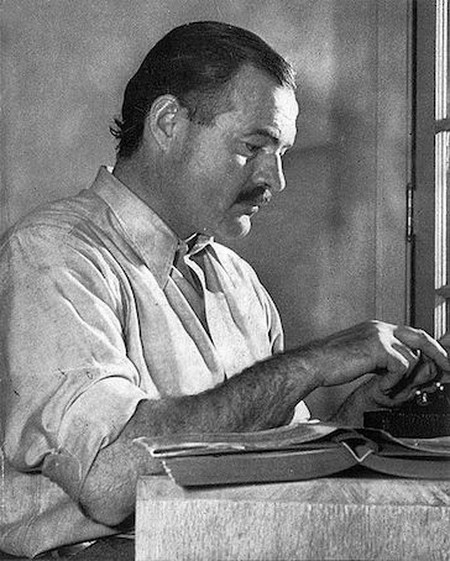 During these years in Valencia, Hemingway also cultivated his relationship with the American director Orson Welles, writer John Dos Passos, and with the journalist Marta Gellhorn, who would soon enough become his third wife. He also frequented different literary cafés including Café del Siglo (currently closed) where Valencian poets and left-winged intellectuals used to reunite.

Even this time, Valencia worked as a muse for Hemingway, despite the fact it inspired the author differently than before. It led him once again in front of a war and gave him the basis for the plot of one of his greatest novels: For Whom The Bell Tolls, which was published a year after his departure (1940). For Whom The Bell Tolls narrates the story of a young American fighting in the international brigades during the Spanish Civil War. Therefore, his experiences and reports became his database for his story – and Valencia once more a fruitful place for his writing.

Hemingway’s last visit in Valencia is dated 1959, two years before his suicide. Interestingly, he returned to the city for the same reason he arrived 34 years before – namely, bullfights. The magazine Life commissioned him to write some articles about the Spanish traditional show. Given the chance, he quickly packed and moved from Cuba to Spain.

Even though Hemingway was already severely strained by his poor health conditions, he found the time to write, to enjoy the beloved bullfights, as well as to spend some time with his great and old friend, Cayetano Ordóñez.

During his stay in the city, Hemingway kept working on his last known book: A Movable Feast, a memoir about his life in Paris and Europe in the ’20s. Valencia helped him to gather what was forgotten of his earlier years, and it also melancholically brought him back to his young travels around Spain. Once again, and for the last time, the city became significant for the author. 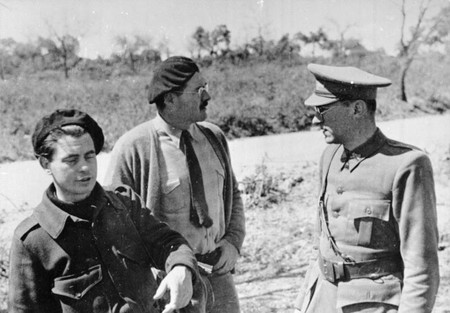 It is fascinating to see how and when Valencia played a role in Ernest Hemingway’s life and literary career. Even though less famously than Paris or Venice, it helped him to shift into novel writing and later inspired him for one of his masterpieces, as well as gave a presence for his last work and his last years.

The city hosted Hemingway in three distinct periods of his life, and if it’s true that to fully understand the writings of an author it is fundamental to understand his life, also knowing about Valencia will surely help to move better through the lines of Hemingway’s works.

For the great fans, there is even a route in Valencia of all the places visited by Hemingway during his stay in the city.