Enjoy Cinema Under the Stars This Summer in Barcelona 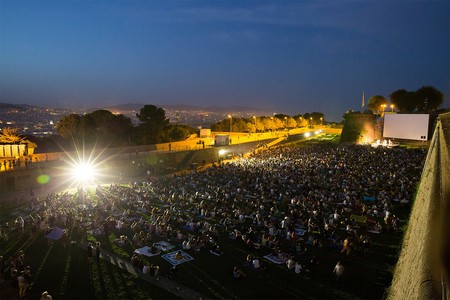 Monday, Wednesday and Friday nights are set to get a lot more exciting in Barcelona this summer with the return of the Sala Montjuïc open-air film festival. 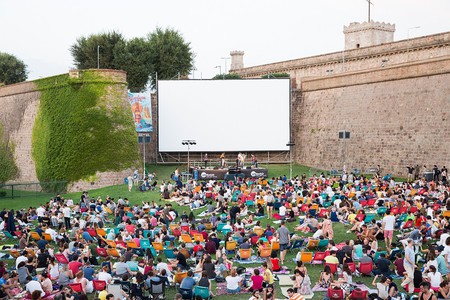 For its 16th edition, the festival takes place in the moat of Montjuïc Castle. To mark the anniversary, 16 films will be shown, each of which will be accompanied by live music. Over 450,000 people have enjoyed the event in previous years, and the line-up for 2018 promises to bring some of the best films of recent years as well as some all-time classics to the great outdoors.

In keeping with the city’s reputation as a late-night destination, the films don’t start until 10pm. This is partly for practical reasons (you can’t really screen a film outdoors until after sunset), but also because you’ll rarely find anything happening in Barcelona until people have had their dinner at home. 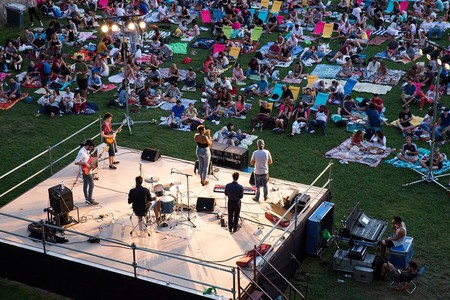 Concert in the moat | © Sala Montjuïc

Local Catalan talent will feature heavily both on screen and on stage, with Carlos Marqués-Marcet’s London-set Anchor and Hope (2017) opening the festival. The film will be accompanied by a live score performed by Catalan band Mazoni.

From 29 June to 3 August, Oscar-winning titles Three Billboards Outside Ebbing, Missouri (2017) and The Shape of Water (2017) will be shown alongside classics like Alfred Hitchcock’s Psycho (1960).

Intriguingly, a selection of cult classics will also be screened. One that stands out is Guy Ritchie’s Snatch (2000), starring Jason Statham and Brad Pitt. Another special presentation will be Isao Takahata’s Grave of the Fireflies (1988), a Studio Ghibli classic which will be set to a live score performed by the Barcelona Municipal Band and also feature music from other films by the animation house.

For the full line-up of films and for more information, visit the Sala Montjuïc website.