Eating And Drinking Barcelona Style: An Introduction To Local Cuisine

Although there are many elaborate dishes in Catalan cuisine, it’s fair to say that many of the most delicious eats you’ll find in Barcelona are actually made from a few simple ingredients.

Though some types of cuisine are mostly butter-based, such as, for instance, the French one, the Mediterrean cuisine is all about olive oil. On top of adding a tasty touch to your plates, this source of grease is also better for your cholesterol level and your overall well-being. 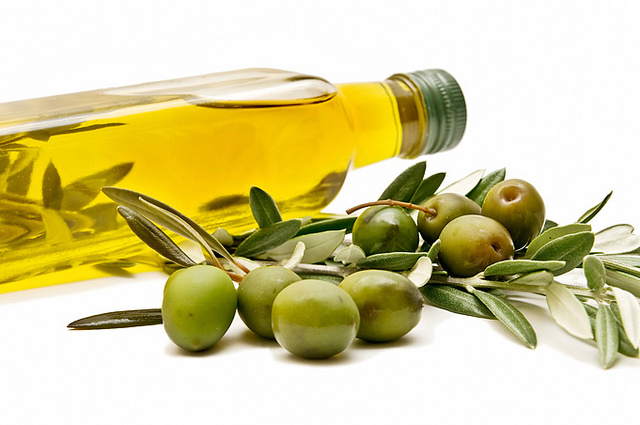 The name of this typically Catalan dish is self-explanatory: a nice slice of bread with tomato spread all over it. As we already mentioned, olive oil is a key ingredient, so don’t forget to pour some on your bread along with a pinch of salt! 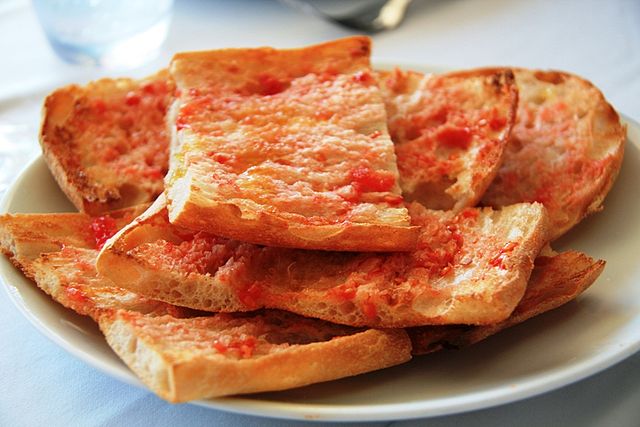 Although pà and tomaquet is already delicious on its own, it’s also a great base for a tasty sandwich. Try adding in a little fuet, a savory dry sausage from Vic, or some jamón Serrano. 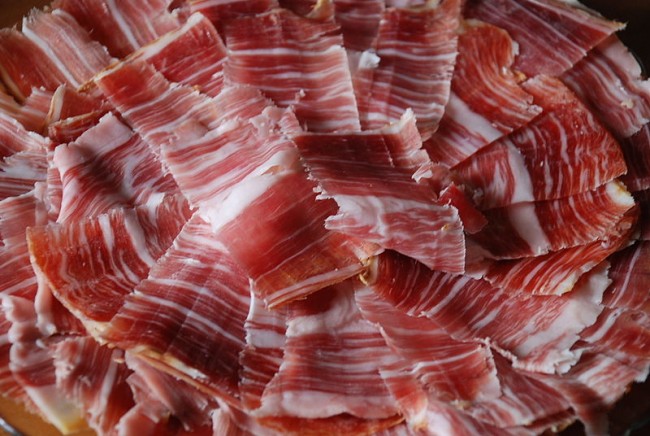 It seems hard to believe that such a delicious dish can be made so easily, but really, a tortilla de patatas is nothing more than eggs, potatoes and, if you’re feeling adventurous, a little onion. You can eat this alone or on a crunchy slice of pà amb tomaquet, depending on your preference. 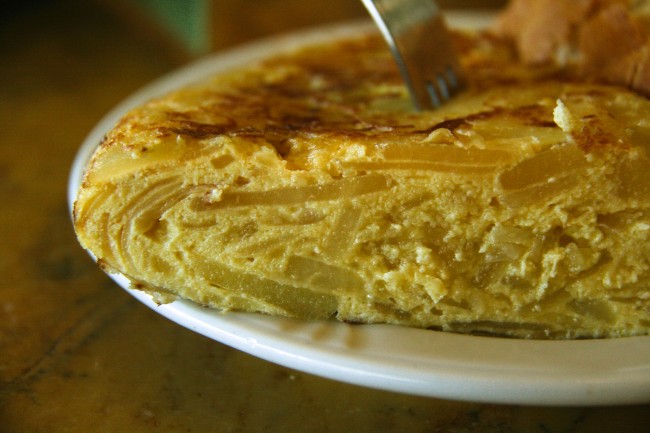 When in doubt, deep-fry it. Although a large part of the Mediterranean diet tends to stick to hearty foods and natural ingredients, a majority of Barcelona’s best tapas are deep-fried. There’s nothing wrong with indulging every once in a while, right?

It’s hard to find an accurate definition of these luscious deep-fried delicacies. Technically, croquettes are breadcrumbed fried rolls of food leftovers (generally ham or chicken) bound with bechamel sauce, but really, they are pure heaven. 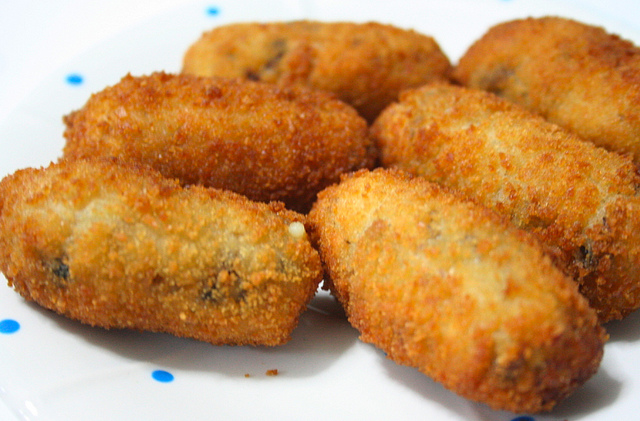 Served with a squeeze of lemon juice, deep-fried fish is a delicious treat best consumed on a sunny summer day. 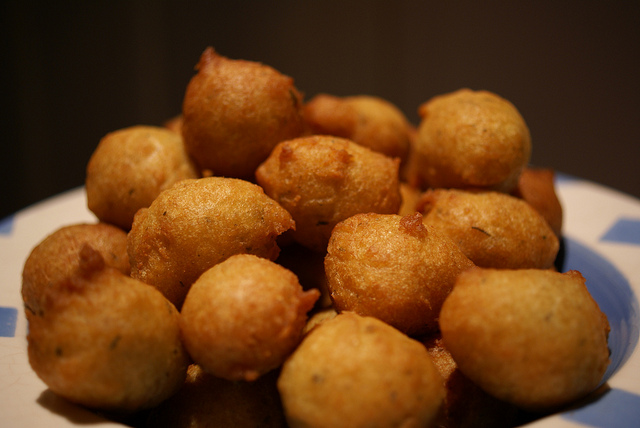 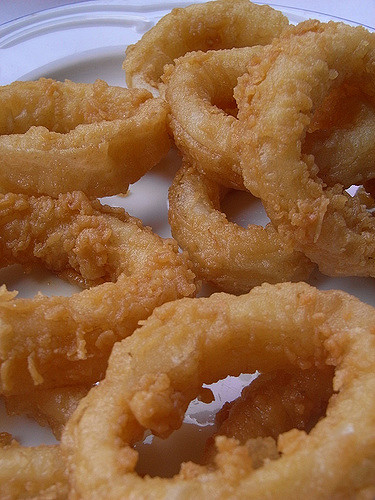 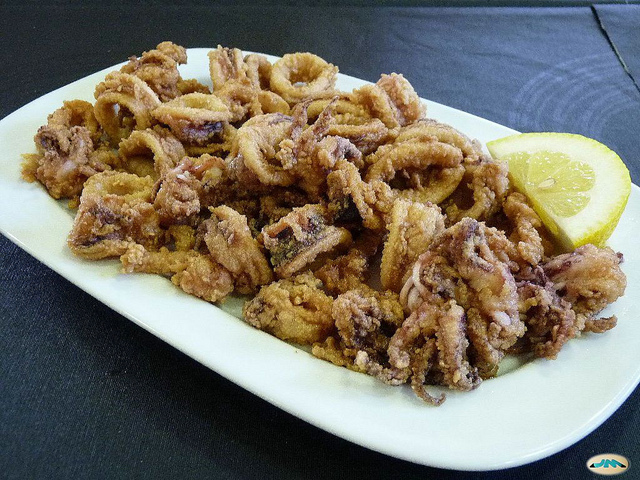 Get the Sauce right

Sometimes, a savory sauce is able to radically change an otherwise anodyne dish. Any true Barcelonian knows their way around to these three essential condiments.

Technically, patatas bravas are nothing but fries cut in large wedges, but what makes them truly unique is the sauce in which they’re covered: the salsa brava. This spicy sauce is fairly easy to make and can be served with many other dishes. 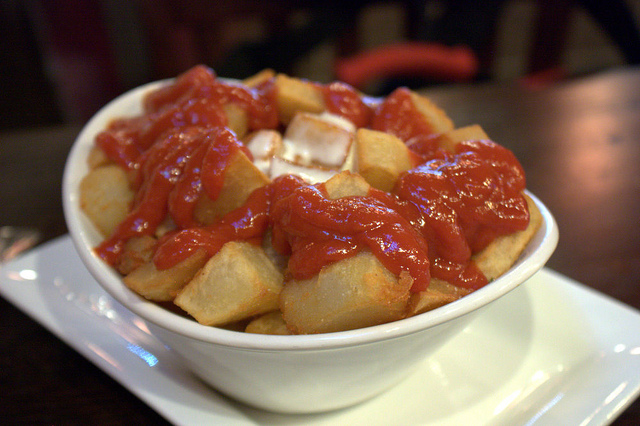 This thick garlic sauce can be served with virtually anything: meat, seafood, potatoes or even on a slice of bread.

The Romesco sauce is meant to be served with roasted calçots, a type of green onion from Girona. Still, if you’re not up for a calçotada, you can use this sauce to jazz up a wide variety of dishes.

Vermut is an aromatized wine that is consumed as an aperitif before lunch or dinner, but above all, it’s a brilliant way to socialize in Barcelona. Next time, instead of suggesting to go for a coffee, ask your friend if he wants to go for a vermut – he’ll most likely say yes! 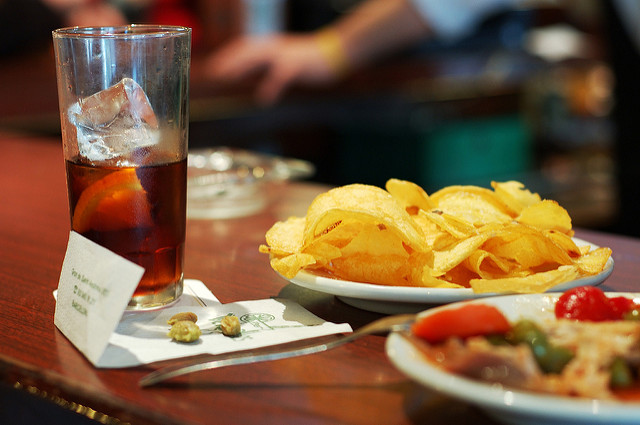 A Vermut at Bar Versailles | © Vitelone/Flickr

Moritz is a brand of exquisite beer brewed in Barcelona. If you ask for it at any bar it’s likely they have it, but if not, their restaurant in San Antoni will gladly serve you some of their freshly made beer. 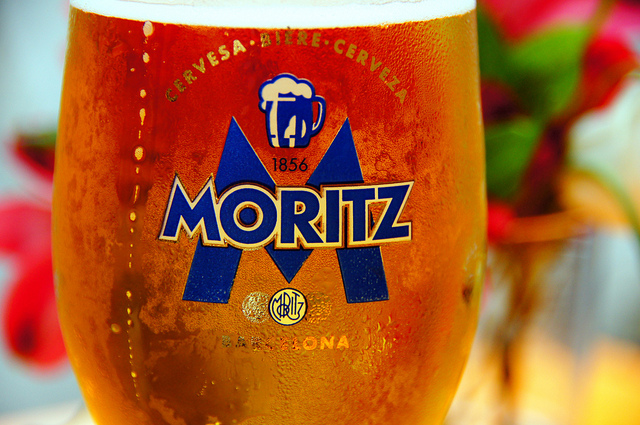 This Catalan sparkling wine is a must-have at any festive event. Although it’s mostly served as an aperitif or a dessert, you can pair it with white meat, fish and even some paella. 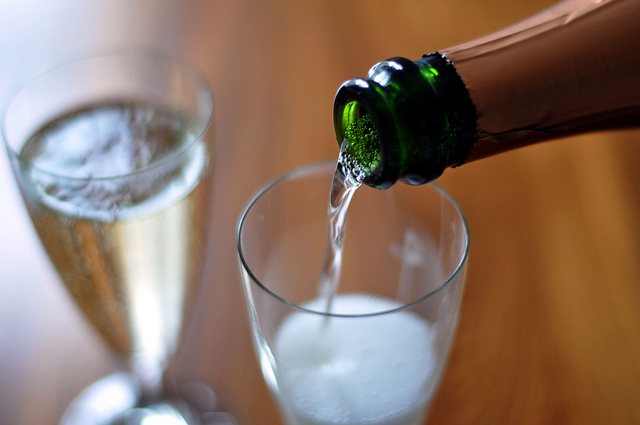 There’s nothing better than a nice cone of churros with hot chocolate after a long day of work. You can grab some at any street stand on your way home, but the best ones are at Carrer Petrixol. For those with a sweet tooth, try out the ones covered in chocolate. 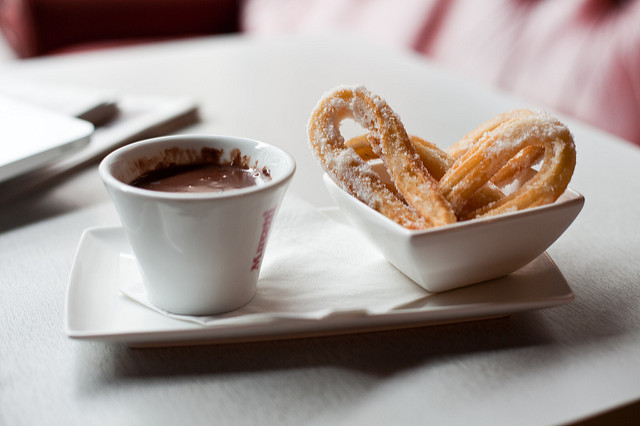 With summer comes horchata, a refreshing sweet drink made from a plant called Chufa. If you like it, you should try out some horchata-flavored ice cream as well.

Sugar, flour, egg and almonds are the main ingredients of these crispy Catalan biscuits. 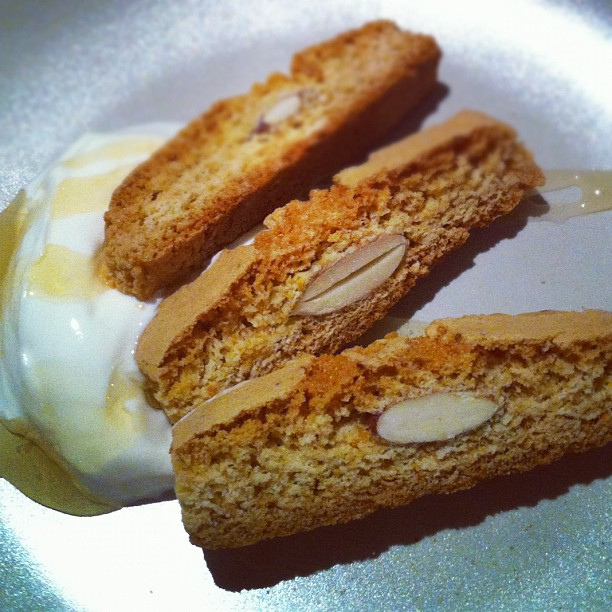