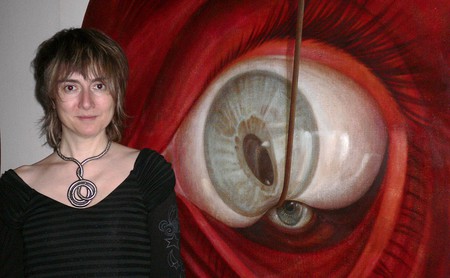 Marina Núñez in front of her piece, Madness| © Ana Etxauri/WikiCommons

Marina Nuñez is one of those artists who is fearless enough to confront what no one is willing to acknowledge. Since she emerged on the Spanish art scene in the 1990s, she has been committed to portraying everything that society rejects and brands as “abnormal.” By paying tribute to outcasts in her work, Nuñez focuses on the thin line that separates normality and strangeness in an extremely poignant way. We dig deeper into her trajectory as an artist in order to discover more about her unsettling paintings.

Nuñez kickstarted her career in the early 90s by focusing on gender issues, more specifically on the perception of women in the patriarchal society and the illusory differences that separate women from men. In her series titled Locas (Madness), the artist challenges the formulaic conception of women as hysterics by portraying a variety of demented women.

In this series, Nuñez pays tribute both to anonymous women and famous female figures, such as Medusa. Her disturbing depiction of these femmes fatales criticizes the latent misogyny in literature and art. For a long time, art and literature condemned strong women for rebelling against the establishment and standing up for their beliefs. Because female characters tended to be punished with a fatal fate when they stood up for themselves, women’s roles in art and literature have often been associated to death or futility. Nuñez’s caricature of this iconography denounces the absurdity of a stereotype that had been deemed normal in society for ages.

Over the years, Nuñez broadened the horizons of her work to a wider theme, the one of monstrosity. Much like her uncanny paintings of women, Nuñez’s monsters show just how difficult it is to pin down the definition of identity, and moreover, normality. How can people separate a normal individual from an abnormal one? Clearly, Nuñez believes that a very thin line separates these two notions. By introducing the moving image in her works, the artist manages to visually embody how a subtle change can transform an average human being into a ‘freak’. Monsters are an easy way for society to pinpoint what they’re afraid of because they impersonate everyone’s fears, but it is important to bear in mind that they are an illusion. In reality, there is no way of concentrating all terrifying things into one single being: real terror is much more subtle and hides in everyday matters. 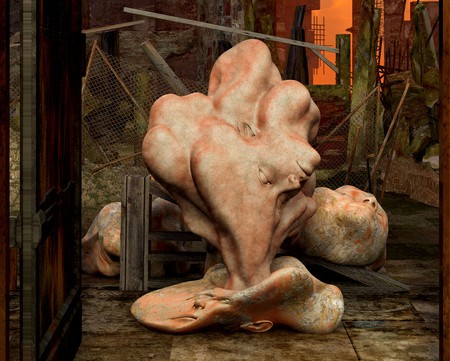 During the last couple of years, Nuñez’s work has transitioned from monsters to cyborgs. The artist believes that this new subject is a logical progression of her work because she considers cyborgs as types of monsters. Much like monsters, these Frankenstein-like creatures created by human intelligence terrify people, but for slightly different reasons. Society is afraid of them because they are so similar to humans, yet not fully alike. Due to these increasingly small differences between machines and humans, people are afraid that these machines will supersede them. By broaching such a subject, Nuñez raises questions about human identity once again: who are we, and in what way can we consider ourselves different from artificially created creatures? What truly defines us if we are able to reproduce identical beings by technological means? The artist visually expresses the fragility of this distinction by focusing on the malleability of matter and its permeability to change. 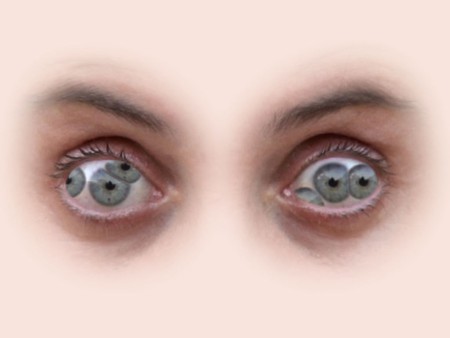 Whether Nuñez portrays women, monsters or cyborgs, she ultimately focuses on the precariousness of human identity and its ability to integrate or alienate people. By showing the thin line between a socially constructed identity and personal identity, the artist manages to prove the absurdity of labels in society. Identity is much more subtle and complex than the reductive views of others, and ultimately, depends on deeper concepts. In a day and age like today, people could expand Nuñez’s message beyond the topics of artificial intelligence and cyborgs onto the themes of mass media. People are bombarded everyday by images and messages telling them how they should look, act and be, but ultimately, these images are fictitious and don’t define who they really are. If people are able to dismantle these socially constructed images, like the artist, they will be set free from the impositions of others and start embarking on a thrilling journey of self-discovery. 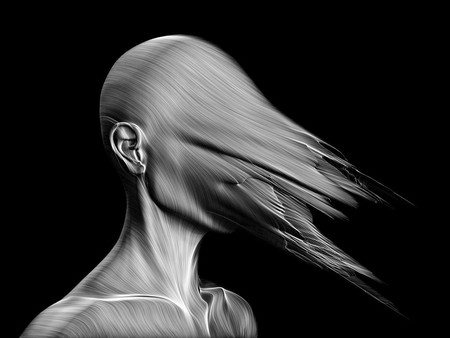 Untitled (monsters) by Marina Nuñez | © Marina19842001&/WikiCommons
Give us feedback