Discover The Medieval Town Of Besalú In Catalonia 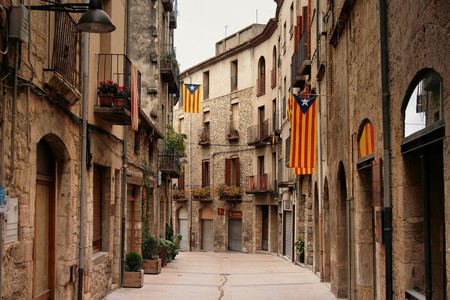 Located in the foothills of the Pyrenees in the Garrotxa region, the small town of Besalú is one of Catalonia’s most stunning medieval sites. Famous for its impressive Romanesque bridge and the vestiges of its Jewish past, Besalú’s rich history makes it a perfect day-trip destination which can be easily accessed from Girona or Barcelona. Find out what not to miss in this historic town.

The history of Besalú

Besalú has a long history of being one of the most important towns in Catalonia in terms of political and social influence. Located on the shores of the river Fluviá, there are traces of settlements in the area since the Roman era. The name Besalú itself is thought to derive from the Latin bisuldunum, meaning ‘fort on a mountain between two rivers’ and refers to the ancient castle which is believed to have stood on the site in the 10th century. 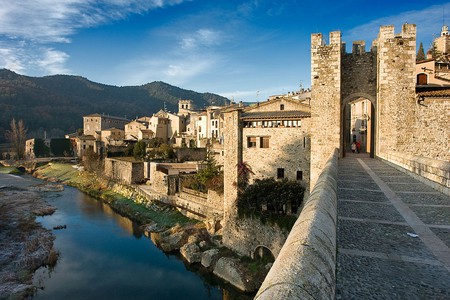 View of the town from the old bridge | © Mikipons

Aside from its role in Catalan history, one of the other most notable features of Besalú’s history is the important Jewish settlement which is documented as having lived there. Like many places in Catalonia, the Jewish community lived in a relatively peaceful coexistence with the local Christian community. There were a number of pogroms carried out against the Jews during the late 14th and early 15th centuries, however, unlike in many other Catalan towns, in Besalú there was relatively little bloodshed and it is believed that the local Jewish families were allowed to leave the city and flee elsewhere.

Without a doubt, the most emblematic of Besalú’s features is the large Romanesque bridge which guards the entrance to the old town. Supported by seven arcs and two towers, the bridge is very well preserved and a fine example of Medieval architecture, although there has undoubtedly been a bridge there since the time of the first Roman settlements on the shores of the river Fluvià. 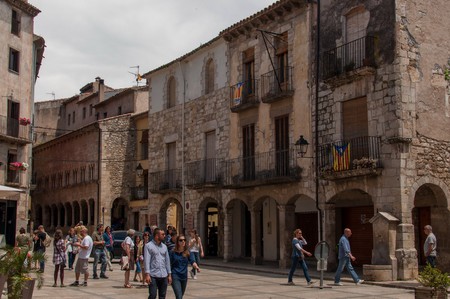 A large section of the original town walls which date back to the 12th century still remain intact and contain a number of old gateways into the town. Inside the walls, the old town of Besalú is a charming maze of stone walls and cobbled streets which have largely gone unmoved since the Middle Ages. The epicentre of the old town is the main square, the Plaça de la Llibertat, which today is home to a number of restaurants and artisan shops.

The traces of Besalú’s Jewish past are still visible, and the town is famous for its ancient ritual purification baths known as miqveh. Discovered by chance in 1964, the baths have been dated back to the 12th century and are believed to be some of the oldest jewish baths still standing in Europe. The fact that the baths have been so well preserved has been attributed to the quality of the soil and water which surround the miqveh. 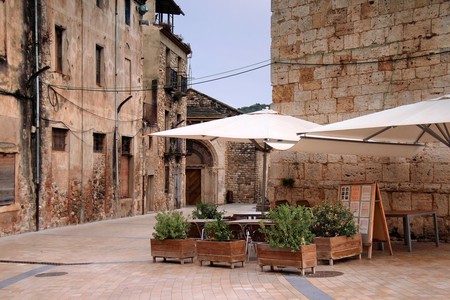 In the old town | © Jorge Franganillo

There are a number of popular restaurants and eateries in the old town of Besalú and on a busy day you would be advised to book ahead. The Pont Vell, meaning ‘Old Bridge’, is located alongside the Romanesque bridge and has one of the most charming terraces in town. Open since the 1980s it serves homemade local specialities in a sophisticated setting reminiscient of a classic French restaurant.

Another popular restaurant in Besalú is the Curia Reial, located on the Plaça de la Llibertat it has a large outdoor terrace overlooking the river Fluvià. The restaurant specialises in dishes from the Garrotxa region, which it refers to as ‘volcanic cuisine’ in reference to the volcanic nature of the region. 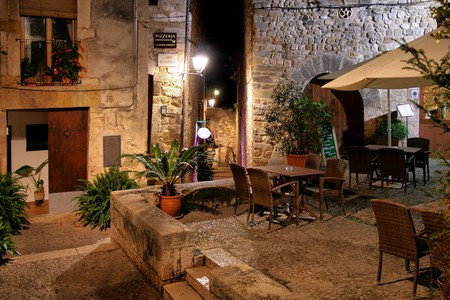 A terrace in the old part of town | © Jorge Franganillo

For something more low-key, La BaRtiga serves a choice of light-bites and snacks as well as artisan beers, local wines and hot drinks. They also serve an excellent vermut, consisting of a carafe of vermouth and a tasty selection of crisps, olives and tinned seafood.

Besalú is located in the comarca of Garrotxa, some 30 kilometers from the city of Girona and about 130 kilometers from the Catalan capital, Barcelona. There is no train station at Besalú, so the best way to access the city is either by car or by bus. Local coach companies operate regular services between Besalú and both Girona and Barcelona. If you’re taking the car to Besalú you’ll find a large outdoor parking area by the tourist information centre just on the other side of the bridge.