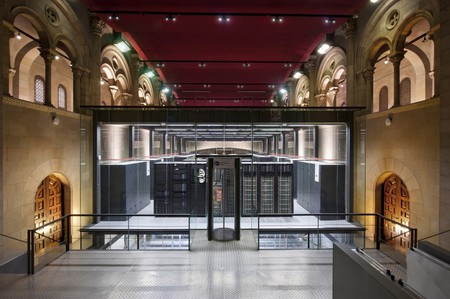 A supercomputer is a device with a much higher capacity than a regular computer, enabling it to do lengthy, complex calculations in a swift manner. Opened in 2005 inside the buildings of a disused chapel, the Barcelona center is home to one of the most powerful supercomputers in the world.

If the name sounds like something out of a sci-fi movie, the Barcelona Supercomputer Center is very much of this world. In fact, for the past 10 years or more it has been helping shape the world we live in. The center is home to Spain’s best supercomputer, MareNostrum that occupies the space equal to half of a basketball court and weighs some 40,000kg (which in supercomputing terms isn’t even that much).

The beauty of MareNostrum is that it can perform complex computations owing to its large processors and incredible speed; making it a valuable tool in areas such as genome research, astrophysical simulations, protein research, weather forecasting and whole of other range of fields that ask for large amounts of data to be processed. One of seven supercomputers to form the Spanish Supercomputing Network, MareNostrum is mostly used for European-wide projects as well as a few Spanish projects. 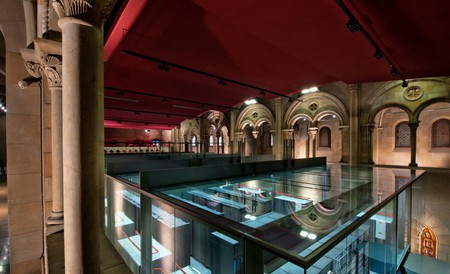 For those who are into the technicalities, following a series of upgrades in 2006 and 2012-2013, MareNostrum operates at 1.1 petaflops (a measure of computer speed) at maximum capacity. To put into perspective, the world’s best supercomputer today, Sunway TaihuLight, operates at 33.86 petaflops and the machine you’re reading this on probably operates at around 0.0000075 petaflops — if you’re lucky. But when MareNostrum was first put into operation in 2004, it was the leading supercomputer of Europe and the fourth greatest in the world.

Further, to the center’s splendor, the Barcelona Supercomputer Center is housed inside a former chapel known as the Torre Girona. The 20th century stone building was deconsecrated in the 1970s and went on to be used for various functions by the Polytechnic University of Barcelona (UPC) on which grounds it sits. Today, the building is home to the many black computing stacks that make up MareNostrum and are housed inside clear glass casings. 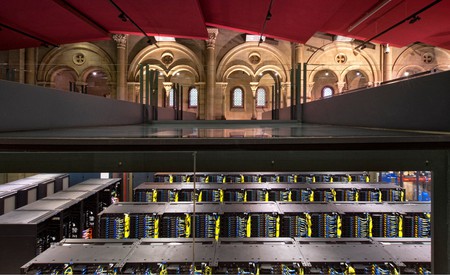 The supercomputer costs some €1.4m a year in electricity to run and has a total workforce of approximately 425 professionals engaged in four main areas of research: earth sciences, life sciences, computer sciences and PC applications. The center is connected to other universities and research centers across Europe via fiber cables — enabling it to participate in a number of projects, around 3,000 to date.

Not the most typical destinations for visitors to the city, the center does nonetheless open its doors to the public and offers guided tours upon request; something that includes a video presentation and of course, a visit to see the crown jewel itself, MareNostrum.