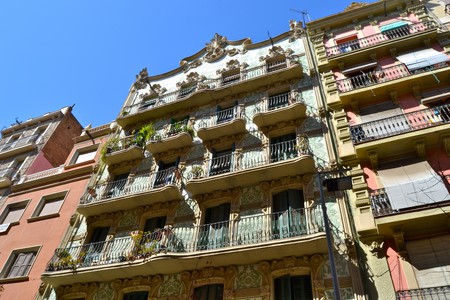 Located between the foothills of Montjuïc and the port, Poble Sec is one of the oldest neighborhoods in Barcelona. For a long time it was a relatively poor area and home to some of Barcelona’s most destitute residents. Today, Poble Sec is slowly making a name for itself as an up-and-coming corner of town with a great food scene.

A Bit of Background History

There have been traces of life in what is now referred to as Poble Sec since as far back as the ancient Roman times, when the area was used for shipping and trade. When the walls of the city were built, Poble Sec, like the nearby Raval neighborhood, was not contained within them.

However, it wasn’t until about the 19th century that the neighborhood got its name, when plans were made to create an extension, known as the Eixample. This large urban development project, lead by Ildefonso Cerdá, gave the city its famous grid system and much of its current layout. Although the area was not included in the plans, it was at this time that the various neighborhoods between the port, Montjuïc and Parallel were given the name Poble Sec – meaning ‘Dry Town’ in Catalan.

One historian claims that the name was chosen not because there was a shortage of water in the area – quite the contrary, it was well-irrigated, fertile land often used for agriculture. However, the many gardens and cultivation plots were exploited by the factories that began to open in the area in the 19th and 20th century, drying up these water supplies as a result. 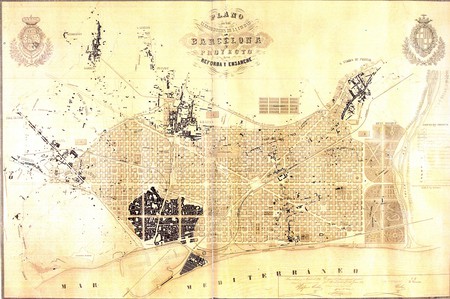 For much of its history, Poble Sec remained a mostly poor, desolate neighborhood, inhabited by factory workers, fishermen and other working or lower class people. By the beginning of the 20th century, the area had one of the lowest school attendance rates in the city, and many were living in unsafe houses and shacks.

After the Civil War, the neighborhood remained on the fringes of local society, but slowly a number of theaters and cabarets opened along the Avinguda del Parallel, and the area developed something of an artistic spirit. In contrast to theaters like the Gran Teatre del Liceu or the Palau de la Música, the theaters of Poble Sec played to a mostly popular audience. Today many of them are still standing, such as El Molino theater, the Apolo theater, and more.

In recent years Poble Sec has made a name for itself in the local foodie scene, thanks to a mixture of upmarket restaurants and traditional bodegas. At the higher level, two names really stand out: Xemei, a classic Venetian restaurant with a hip edge, and Mano Rota, a modern Spanish restaurant that was one of the city’s biggest success stories of 2015.

Technically in Eixample, the world-famous tapas restaurant Tickets is just a stone’s throw away from the Poble Sec (on the other side of Avinguda del Parallel) and has encouraged the appearance of other fine dining establishments, such as Pakta or Espai Kru. 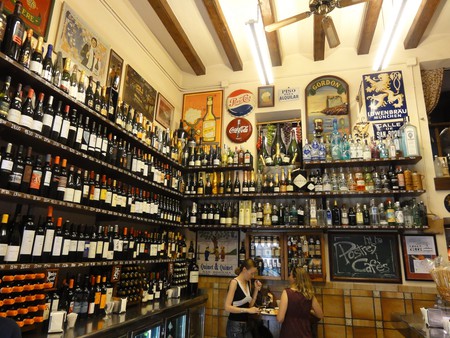 On the other hand, Poble Sec is also home to some great old-fashioned bodegas and tapas bars, perhaps the most famous of which is Quimet & Quimet. On Carrer Blai, the Gran Bodega Saltó is a popular watering hole, which regularly features live music performances in the week. However, that street is also known for the many pintxos bars that have appeared in recent years, largely as a result of increased tourism in the area.

Last but not least, Poble Sec is home to a number of little spots that escape categorization. The tagline at La Chana is ‘Fried fish and rock’n’roll’ and this goes a long way towards giving you an idea of what you might expect in this Andalusian-inspired tapas bar. Lascar 75 opened its doors at the end of 2014 and took no time at all at establishing itself as one of the hippest spots in town, with its focus on ceviche and pisco sours. La Platilleria is a laid back eatery serving ‘every-day’ dishes from Spain and Catalunya, but with a level of skill and sophistication you’d struggle to find in your grandmother’s kitchen.

While there’s not much to see in the center of Poble Sec, it has the advantage of neighboring Montjuïc and its many parks and gardens. The Grec garden and its outdoor amphitheater are a great place to read in the sun, while a stroll up the water-bordered Escaleras del Generalife will lead you straight to the Joan Miró Foundation – home to the largest collection of work by the artist in the world.

A great option if you’re there in the summer is to go for a dip in the Montjuïc Municipal Pool, which has one of the best views of the city – you just need to see the music clip Kylie Minogue shot there to believe it. 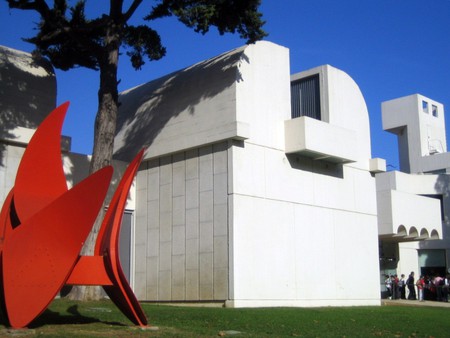 There are a number of theaters in Poble Sec, not least the aforementioned El Molino, as well as the Mercat de les Flors, specializing in contemporary dance, and the Teatre Lliure, a theater with a strong independent spirit and history of promoting Catalan theater.

While the number of hotels in Poble Sec is limited, there are at least a few options for every budget type, ranging from the cheap and cheerful to the lavish. The Melon District is a cross between a hotel and a residential hall, offering simple rooms at affordable prices. The Hotel Brummell is a modern boutique hotel with a cosmopolitan feel to it and a trendy in-house restaurant. Finally, a little further out, the Hotel Miramar is a five-star hotel located on the side of Montjuïc – offering superb views of the city and sea front – and is one of the most luxurious places to stay in the city. 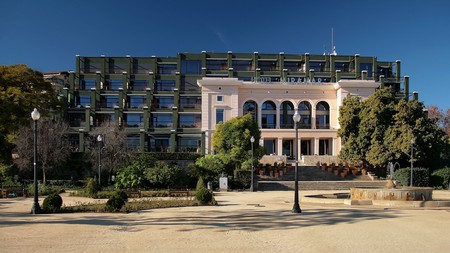 The Hotel Miramar | © Jorge Franganillo
Give us feedback