Craft Beer: A Hot Topic At The Barcelona Beer Festival 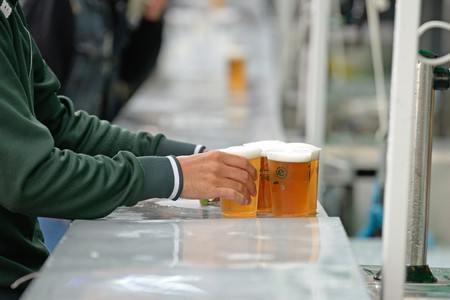 ‘For me, good beer is about friendship. Every year in January we get together with friends and family. As we eat together and the children play, there and then we brew a beer based on a strong friendship. This is a beer we sell at our festival and, for me, this is the best kind of beer.‘

This is Mikel Rius i Vicente, one of the four founders as well as the director of the Barcelona Beer Festival, giving his personal definition on the best kind of brew. Artisan beer has increased both in popularity and in supply in recent years, as many breweries and brewpubs have been established all around Barcelona – Catalunya has indeed become one of the hot spots in Europe in terms of artisan beer. This takes us to Barcelona Beer Festival, which in March 2016 celebrated its fifth edition in the Spanish craft beer capital and hosted some 30,000 artisan beer enthusiasts from all over the world.

The festival was held at the Maritime Museum for the third year in a row. The museum is however starting to reach its limits as the queues for the festival are, from time to time, quite exhaustive. ‘We might need to consider changing the festival location in the years to come‘, Mikel comments. This is hardly a negative sign, as the queues clearly indicate the popularity of quality brewski in Barcelona. 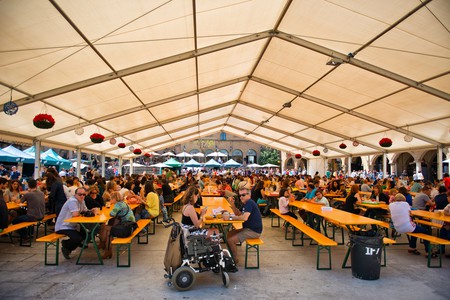 Bavarian styled Oktoberfest in Barcelona, Spain taking place in an undercover marquis with rows of benches and people | © PlusONE / Shutterstock

Featuring more than 350 beers on rotating taps over the course of the three-day festival makes sure no visitor is left dissatisfied – the aim for BBF each year is to offer a range of different types of artisan beers in order to secure everyone at the festival can find something they like at the time of their visit. We talked to Mikel Rius i Vicente further about what goes into the festival each year.

There are a countless number of breweries making artisan beer all around the world – how do you go about choosing the breweries and the beers featured at the festival?

First and foremost, it is about the quality. We treat the festival almost like it was our home, only inviting guests we trust, knowing that the product has been prepared with high-quality ingredients. There are a few other factors in play as well; naturally, but most of all, it really comes down to the quality of the product. 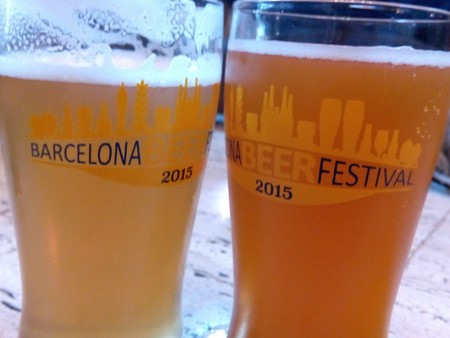 The popularity of craft beer is increasing, and it seems like the whole world is looking at Barcelona in terms of craft beer and the development in the sector in Catalunya. Why do you think that is?

We’re simply doing a great job! (Mikel comments and laughs but then continues:)

Yes, well, in general we are fortunate to have a lot of talent in this sector in and around Barcelona. Also, Barcelona as a city has a lot of weight and it attracts many visitors; it is certainly a benefit for us and makes it rather easy to promote the festival as many people comment ‘Oh wow, Barcelona.’ In a nutshell: There has been a lot of good work done in the sector here and Barcelona’s status as an attractive city doesn’t hurt us here at the festival when promoting it. 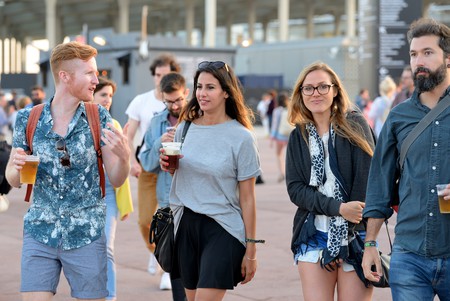 Could you tell us a little bit more about the BBC – Barcelona Beer Challenge and this year’s winner?

Yes, I can! The system of the competition is based on different beer styles, around 30 – 50 styles. BBC is aiming, like the festival in itself, to spread the message and knowledge on quality beer. All the judges in the jury hold the BJCP certificate (Beer Judge Certificate Program). There is a winner selected for each category based on a specific criteria and naturally, we give out the Best Brewery 2016 Award. The contestants in this year’s BBC were 40% foreign and 60% Spanish. It made us extremely happy and proud that the winner in the Best Brewery category was given out to a local brewery, Montseny.

The Barcelona Beer Challenge 2016, which was the first edition of the competition, rewarded a total of 47 beers in different categories. The list of the winners can be found here. 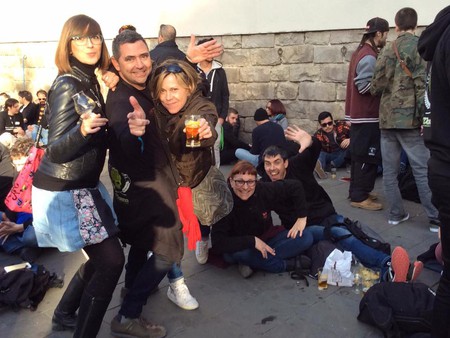 The first official tasting at the festival is about to start, and Mikel needs to rush off to meet and greet the representatives. When asking his final thoughts on the festival, he nods and firmly states:

‘Beer is part of gastronomy, and gastronomy is part of culture. We all agree that Ferran Adría is an artist, right? And in a similar way, wine in a country like Spain plays an important role in the local customs, traditions, and cultural life. The same applies to craft beer, and we here at the Barcelona Beer Festival want to emphasize that beer is truly part of gastronomy and culture: the event is not about getting drunk in the evening, on the contrary! It is the best part to see all the families coming to enjoy the day here on Sunday, eating quality artisan food and enjoying their time together. Our mission, when we decided to start this tradition in 2012, was to ‘Spread the message’ and to exhibit our passion for quality craft beer.’

The work of the crew behind BBF will continue and as we believe – the message has been heard all over the world and it will certainly continue to spread.

If you missed the festival’s fifth edition, but are in town and would like to enjoy some of the fine, locally produced artisan beer, click here to read more about Barcelona’s craft beer scene or see the list below for recommended spots when enjoying a frosty one in the various neighborhoods of Barcelona.