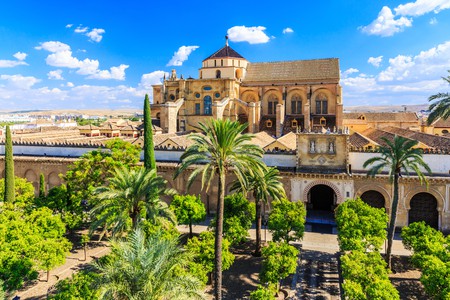 During the 9th and 10th centuries, Córdoba was Europe’s most sophisticated and cosmopolitan city. It was a place where Jews, Arabs and Christians all practised their beliefs without persecution and in which remarkable advances were made in virtually every area of human endeavour. For almost three centuries Córdoba was, without doubt, medieval Europe’s greatest city.

Its rise to prominence was made possible in 711AD, when the Moors captured Córdoba from the Visigoths. Yet it was not until 756, when Abd al-Rahman I of the Umayyad family took control of Moorish Spain and named Córdoba as the territory’s capital, that the city’s golden age began. It was under the Umayyads that Córdoba became Europe’s most sophisticated and multicultured centre – a leader in the fields of philosophy, astronomy and medicine during a time when the rest of the continent was enduring its darkest, bloodiest epoch. 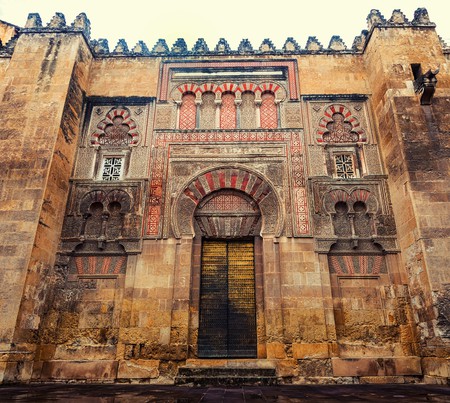 Córdoba’s emergence as the intellectual capital of Europe during the 9th and 10th centuries was largely owed to the curiosity and intelligence of the Umayyads. Al Hakam II, who ruled the Caliphate of Córdoba between 961-976 – by which point the territory included much of modern-day Spain and Portugal – was particularly important in this respect. The Caliph invited distinguished thinkers from Arabic kingdoms in the East to come and teach at the city’s grand Mezquita (while it was still being finished), paying their salaries out of the Umayyads’ abundantly stocked coffers. Indeed, this remarkable building, completed around 987 after over two centuries of construction, became Europe’s greatest centre of learning until the Umayyads were kicked out of Córdoba in 1031. Today, it remains one of Spain’s most fascinating monuments.

Al Hakam also founded 27 free schools in the city, which increased literacy rates amongst the general population, and his library in the Alcazar fortress become the largest in the West, at one point containing an estimated 400,000 volumes. The free exchange of ideas and discoveries with major Eastern cities like Baghdad put Córdoba light years ahead of any other European city at this time, leading a German nun and poet to famously label it ‘the ornament of the world’ in the late 10th century. 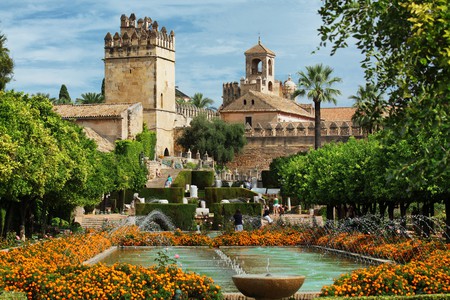 In the 10th century, Córdoba's Alcazar housed the largest library in the west; Pixels4Free, pixabay

The Umayyads presided over a period of remarkable progression in medicine as well. During their reign, Moorish physicians made the discovery that disease was carried by miniscule particles carried in the air – an insight which led to a theory of germs and to the practice of quarantining diseased patients.

Yet, it was not just its intellectual and scientific sophistication that made Córdoba medieval Europe’s greatest city. It was also a place of remarkable religious pluralism, in which Jews and Christians – despite being subjects of Moorish rule – were able to practise their beliefs without persecution. Córdoba expanded steadily throughout the 9th and 10th centuries, and by 1000 the city was home to around half a million people – several times more than the average European city at the time. 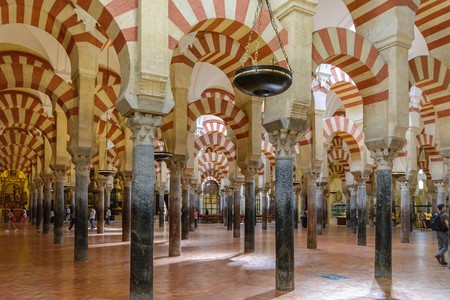 Like all so-called ‘golden ages’, though, Córdoba’s wouldn’t last. In the early 1000s, a series of revolts and sackings began to eat away at the Umayyad’s hitherto unchallenged hegemony, and in 1031 the last of the Moorish leaders, Hisham III, was forced out of the city. The Caliphate of Córdoba broke up into a number of smaller Moorish territories, and the city itself went into decline, slumbering in relative obscurity until its capture by the Catholic King Ferdinand III in 1236.

There was to be no Renaissance in Córdoba under Christian rule, though; instead, the next few centuries would see the rise of Seville as southern Spain’s great city. After the discovery of the Americas in 1492, the latter city’s river port enabled it to secure a trading monopoly with the New World. Seville became enormously wealthy and powerful as a result, unofficially becoming Christian Spain’s greatest city throughout the 16th and 17th centuries. But when the country had been under Moorish rule, that accolade had belonged to Córdoba for almost three hundred years.