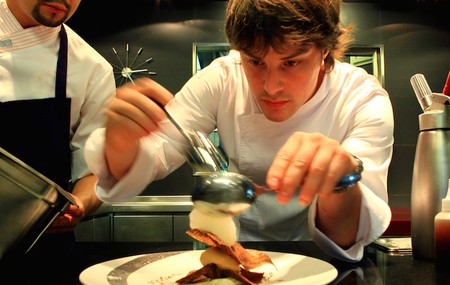 For those who don’t know, Jordi Cruz is the Emeril Lagasse, the Bobby Flay, the Anthony Bourdain of Spain. His unique and mouthwatering recipes have made him a world-wide culinary legend, and according to his admirers, his food looks just as beautiful as he does. Cruz has taken traditional Spanish cuisine and turned it upside down, adding an innovative touch to the Spanish culinary scene. 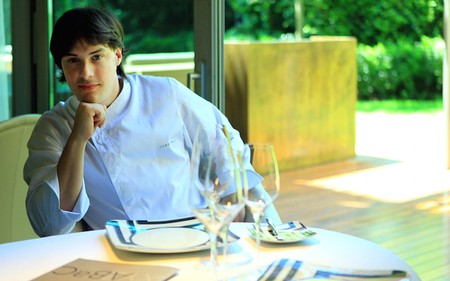 Though you may not have heard of him yet, Cruz and his restaurants are a hot topic in Spain. Like many chefs, he’s been working his way up in the business for quite some time. He began his career at Estany Clar de Cercs when he was just 14 years old. Of course, back then he wasn’t yet the star he is today, but it would only be a matter of time before he reached new heights.

Cruz stayed at Estany Clar de Cercs for many years, but eventually he moved on to L’Angle de Sant Fruitos de Bages, where he received his first Michelin star at age 24 – becoming the youngest chef in Spain and the second youngest in the world to receive this honor. It was a success not only for him, but also for the entire country. Cruz now has three Michelin Stars to his name, in addition to many other awards which he has recieved over the last decade.

After working as L’Angle de Sant Fruitos de Bages’ manager, Cruz moved on and opened up more restaurants, including ABaC and Ten’s Tapas Restaurant – all of which were huge hits in Barcelona.

Previously known as L’Angle de Sant Fruitos de Bages, Angle will always be Cruz’s baby, as it’s where he got his true start. Angle is located within Hotel Cram and was part of an original project to incorporate cultural tourism, gastronomy, and leisure actitivities all in one place. Angle offers four separate tasting menus. Try everything from grilled market fish, amazing vegetable dishes, gorgeous seafood, and moreish drinks. 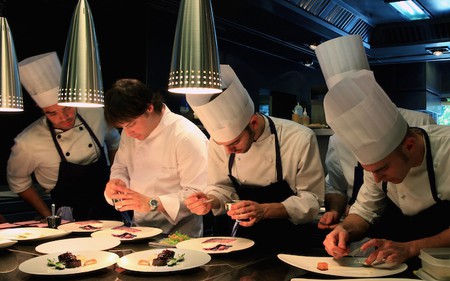 ABaC is located on top of the gorgeous Tibidabo, where diners can enjoy an incredible view of Barcelona. Not only has this restaurant been awarded two Michelin stars, but the Catalan Academy of Gastronomy nominated it as the Best Restaurant in Catalonia in 2011. The restaurant is also part of the ABaC hotel. Cruz puts together a unique arrangement of seafood, breads, meats, and vegetables, each carefully prepared with incredible flavors. Try the parmesan gnocci and wild mushrooms, cooked and infused at low temperatures with citronella and truffle, or the seaweed steamed sea bass with fennel and velvet horn. 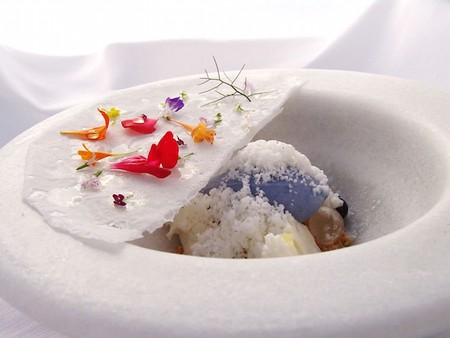 It might not hold any Michelin stars, but Ten’s Tapas takes a Spanish favorite – tapas – and gives it a gourmet twist. Located right in the El Born district, you’ll fall in love with this place before you even walk through the doors. Ten’s Tapas is definitely a lot more relaxed than Cruz’s other restaurants, but it still offers a quality dining experience. If you’re looking to enjoy a nutritious meal before a night out bar-hopping, Ten’s is the perfect place to go. 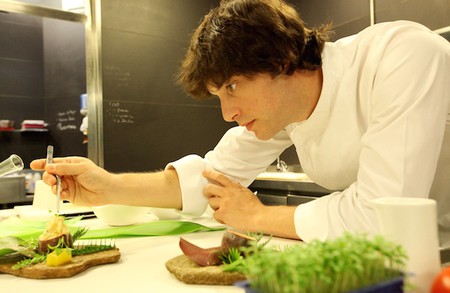 Cruz’s cooking is certainly his strong point, but make no mistake – he’s been making appearances in areas outside of gastronomy, as well. He’s been on the cover of Men’s Health magazine, voted as one of the ‘Sexiest Chefs in Spain.’ He is currently a judge on MasterChef Spain. In addition to being a world-class chef, is also said to be a kind and friendly man who is immensely flattered every time someone expresses delight at his food.