7 Gorgs © Albert Aguilera
While the sea offers easy access to great outdoor swimming in Catalonia, the region is actually home to some spectacular waterfalls too. Here are some of the best outdoor swimming spots to help you cool down near Barcelona in the summer months.

This hidden-gem waterfall is located near the small town of Cantonigrós to the north of Vic. To access it, look for the dirt path track which starts near the football pitch and follow it along for the best part of an hour until you arrive at the bottom of the waterfall. At certain times of day the sun beams through a hole in the surrounding mountain, creating a beautiful pool of light in the water. 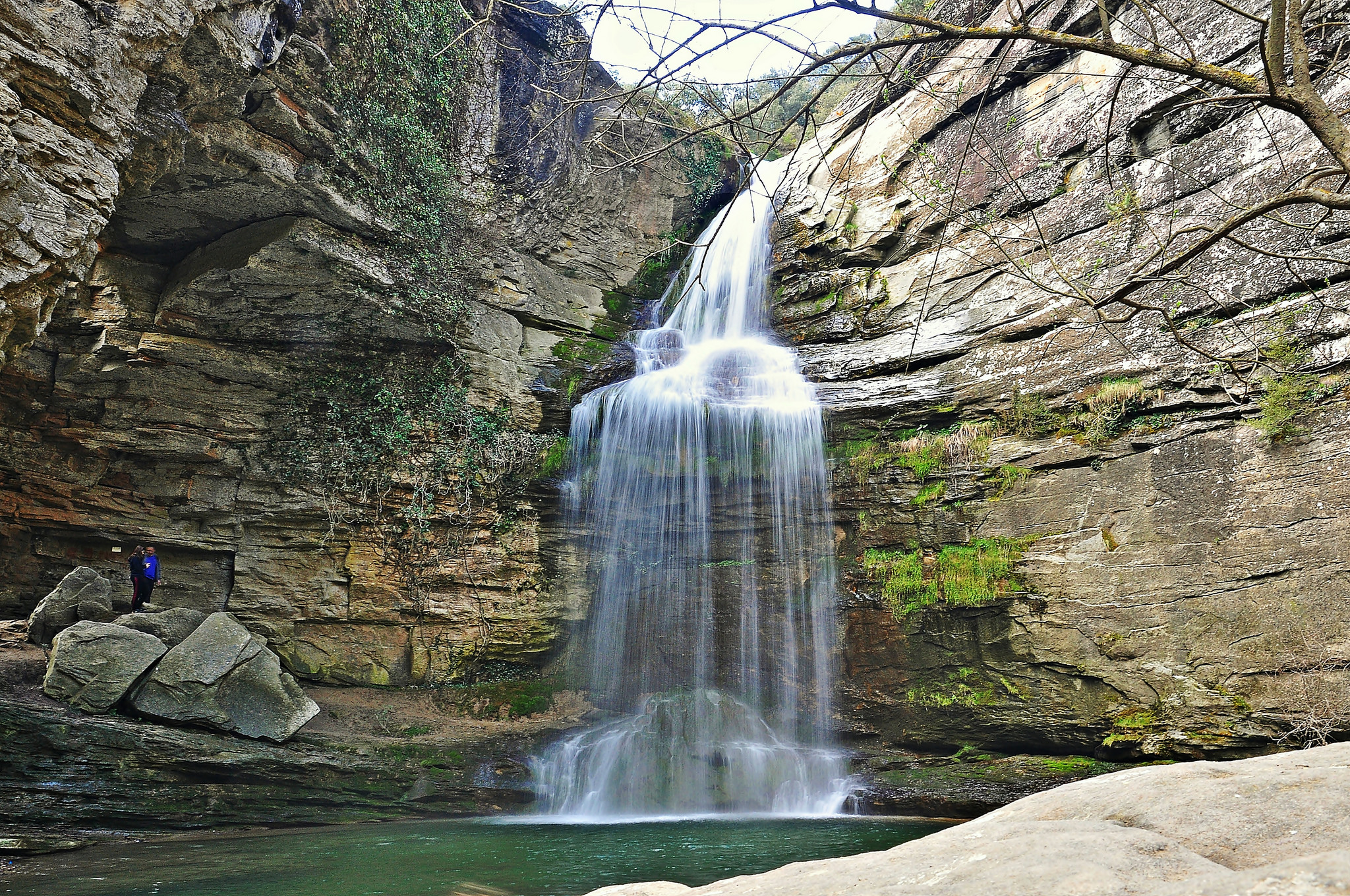 Some 90 metres in height, the Salto del Sallent or ‘Jump of Sallent’ is one of the most dramatic waterfalls in Catalonia. To access the waterfall, head to the Medieval village of Rupit and follow the track which begins near the old brick bridge. Along the way you’ll find historic landmarks such as the Santa Magdalena hermitage and the hermitage of Sant Joan de Fàbregues. The best time of the year to visit the waterfall is in the autumn or spring, when the rain adds to the water flow for a more dramatic effect.

The Llobregat river is the second largest river in Catalonia, stretching from the pre-Pyrenees mountains to the Mediterranean sea where it ends its course near the Barcelona airport in El Prat de Llobregat. The source of the river can be found in the Serra del Cadí mountain range, more specifically about 1km away from the town of Castellar de n’Hug to the Fuentes del Llobregat waterfall. Here the water bursts through the cracks of the rock and down into the valley to commence its journey towards the sea. 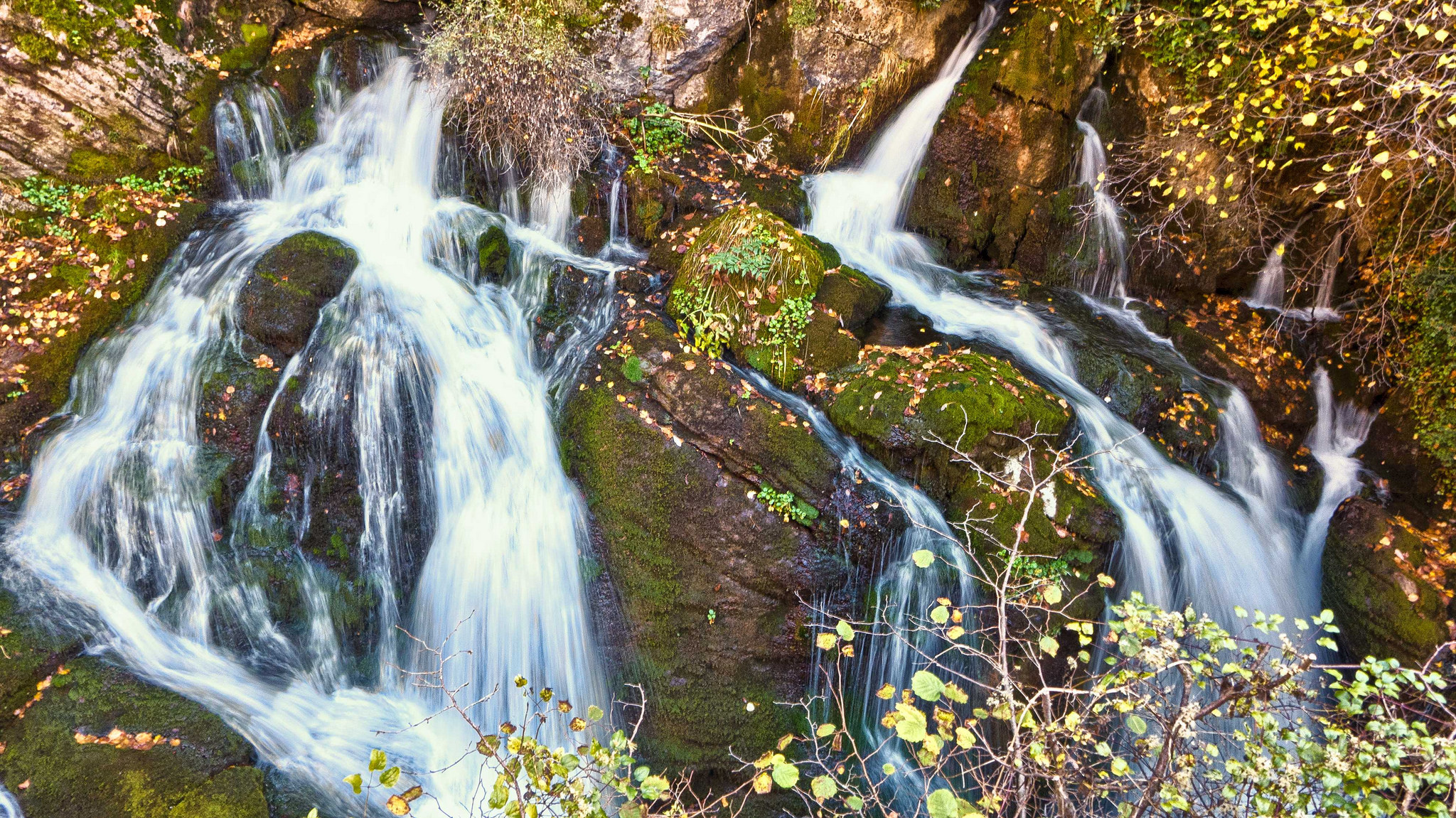 La Garrotxa is an important volcanic area located to the north of Catalonia and is appreciated both for its stunning natural beauty and its rich culinary culture. The Moli del Muri waterfall is one of the best kept secrets of this area, surrounded by dense forests and majestic hills. To access the waterfall, make your way to the town of Planes d’Hostoles from which you will find a sign indicating the route which can also be reached by car.

This route takes you along not just one but seven waterfalls, hence the Catalan name ‘Ruta del 7 Gorgs‘ meaning ‘Route of the Seven Gorges’. The track begins in the village of Campdevànol, in the countryside near the city of Girona and runs for around 10km. The waterfalls are different in size and depth but there are some great opportunities for those who like high jumps as well as those who prefer to lay around in the sun. 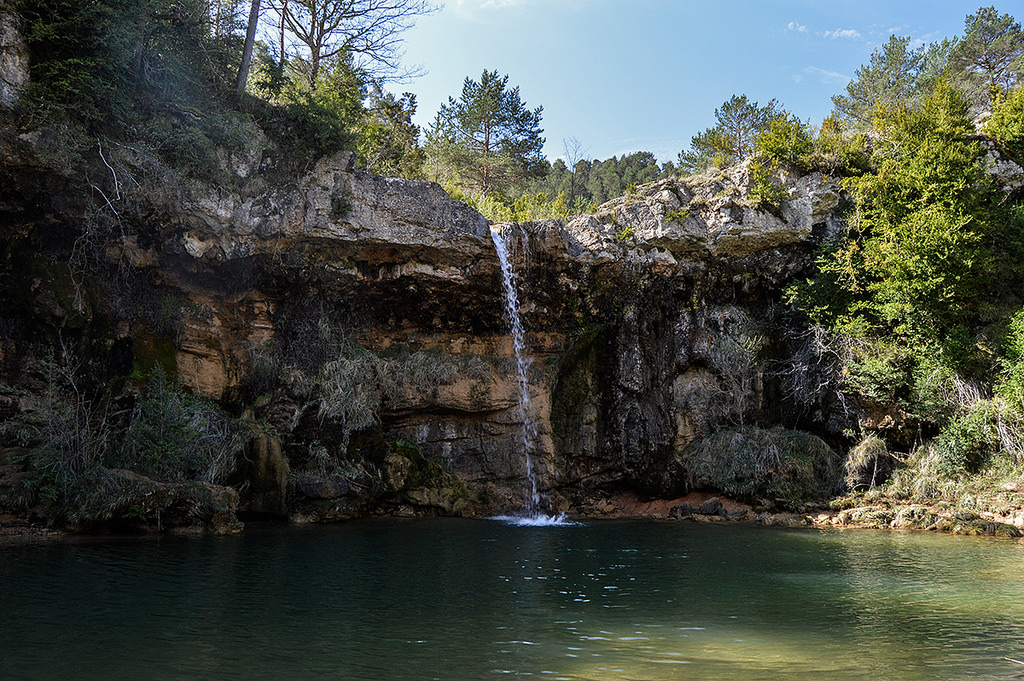 Also located in La Garrotxa volcanic area, the Gorg de Santa Margarida can actually be accessed on the way to see the Moli del Muri fountain mentioned above. The elevation of the waterfall is not as high as its neighbour and a little less dramatic, but it is nonetheless well worth a visit for the peacefulness and beauty of the wildlife surrounding it. This is a great waterfall to access any time of the year, as each season creates a different scenery.

Legend has it this waterfall was once the home of witches and other mythical creatures. While these curious inhabitants appear to be all gone today, the Gorg dela Malatosca still retains a magical feel thanks to the beauty of its surroundings. The waterfall can be found a long the route known the Iron and Coal route which unites Ripoll and the town of Sant Joan de les Abadesses i Ogassa, just a few hundred metres of the main track as it enters the village. 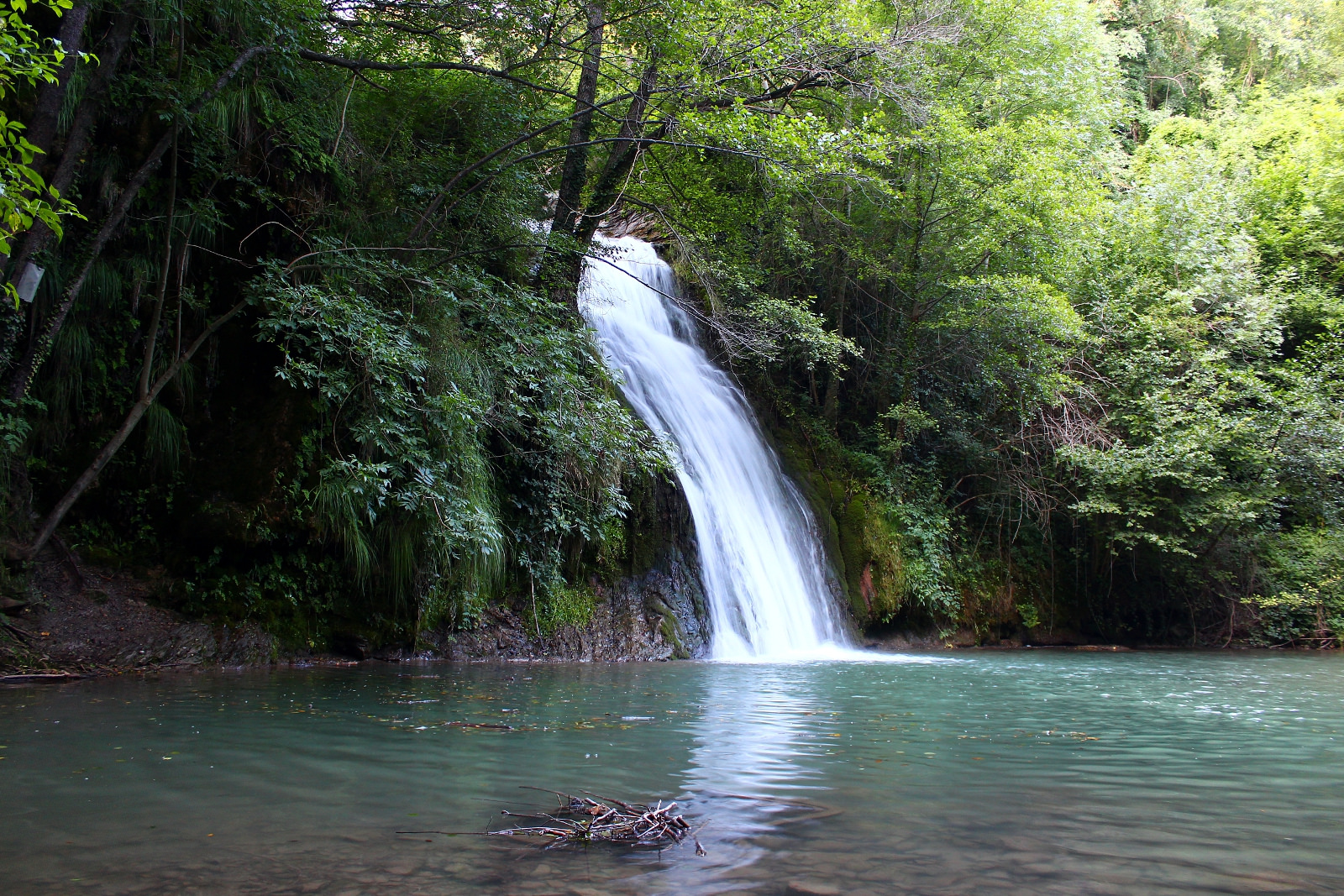