The Long Lasting Influence Of 'Don Quixote' From Shakespeare To Broadway 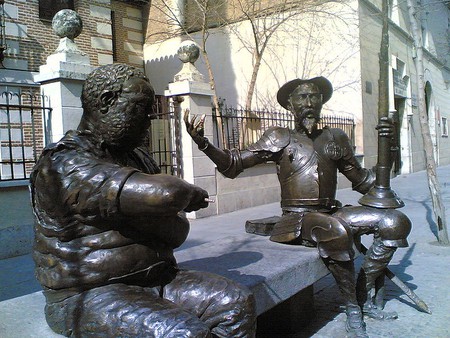 400 years ago, the world lost its first modern novelist: Spanish writer Miguel de Cervantes died on the 22nd of April, 1616 in Madrid. Among the collections of poems, plays and novels he left us, one work surely stands tall. El Ingenioso Hidalgo Don Quixote de la Mancha, otherwise known as Don Quixote, is considered the first novel in European Literature as well as one of the most admired and inspiring books throughout history. Thousands of pages would not be enough to describe and express the innovative style, the creativity, the complexity of situations and characters present in Don Quixote. However, to convey and celebrate the greatness of the novel and its author, we gathered eight transpositions and artistic masterpieces, from literature to music, from La Mancha to Broadway, directly inspired by Cervantes’ novel.

The History of Cardenio – William Shakespeare

Interestingly, it is reported that William Shakespeare and Miguel de Cervantes might have both died on 22nd of April in 1616. Some mystery lovers dare to say that the English playwright and the Spanish novelist were actually the same person. However, this theory seems closer to a plot of one of their works rather than reality. Artistically speaking, it is said that the two were deeply fond of each other’s work. For instance, Shakespeare’s love for Cervantes’ Don Quixote drove him to write a play on the story of Cardenio – a character present in the first part of the Spanish masterpiece. Even though it is a lost play, The History of Cardenio is known to have been performed in London in 1613, having great success. 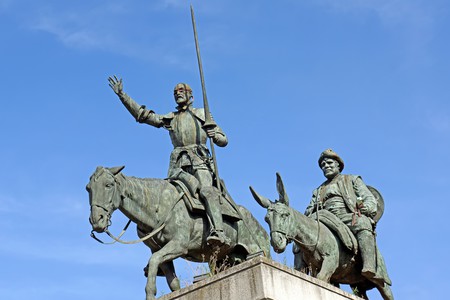 Gustave Flaubert never hid his passion for Miguel de Cervantes’ Don Quixote; ‘I find all my origins in the book I knew by heart before knowing how to read, Don Quixote’ – he wrote in a letter in 1852. Over the years, many studies have been made upon the stylistic and thematic relations between the novels of the two authors. According to experts, one clear example is Flaubert’s main work, Madame Bovary. Emma Bovary, the passionate and sentimentally troubled heroine, constantly looking for an escape from the tedium of her life, should represent a feminine transposition of Don Quixote. Both of the heroes find a refuge in literature and imagination as they strive to transpose the heroics and the overly romantic stories of their readings into their own lives.

The Idiot is considered one of the most important novels of Russian literature. Summarizing (briefly and unjustly), it narrates the story of Prince Myshkin, a man simply too good to be true. Even though he succeeded in portraying a man whose goodness led him to ridiculous and stupid behavior, Dostoyevsky had his problems in creating such a character. As he explained in one of his letters to his niece: ‘ The main idea of the novel is to present a positively beautiful man. This is the most difficult subject in the world, especially as it is now.’

According to Dostoyevsky, there were just two examples to follow in the process: Jesus Christ and Jesus’ literary correspondent, Don Quixote. The Russian author took Cervantes’ hero as the base for his character and for his novel. Dostoyevsky considered him as the literary hero archetype, thanks to his goodness, absurdity and ability to stimulate compassion and sympathy in the reader. 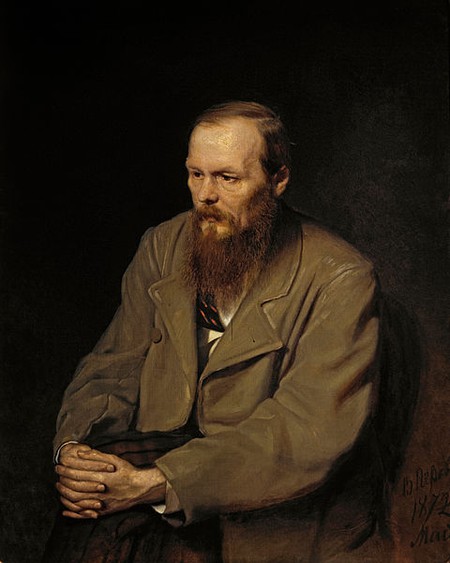 The Truth about Sancho Panza is a short story from the Czech writer Franz Kafka, published posthumously in 1931. As its name suggests, the story is focused on the figure of Sancho Panza, the naïve squire of noble Don Quixote. However, Kafka did not just narrate the life or secrets of the squire; he bravely twisted the whole plot of the novel. Sancho Panza is here depicted as a creative man, full of stories and adventures to tell. However, these stories appear to be just results of his own imagination; moreover, the servant seems compelled to narrate them in order to fight the demons of life: tedium and depression. Don Quixote, throughout the story, has a controversial side role – he is considered just the audience of Sancho’s tales. Yet, some critics even suggest that the noble hidalgo might just be an alter ego of the protagonist, who invented him just to feed his imagination.

One of the most famous transpositions of Don Quixote to painting is probably Pablo Picasso’s sketch. Made in August 1955 for the celebration of the 350th anniversary of Don Quixote’s first part, it became the manifest of the anniversary.

The sketch strikes for its simplicity and expressiveness. The two stylized heroes stand in front of a completely white and plain background with just a few windmills under the shining sun. Despite the stylization, Picasso perfectly succeeded in expressing the features of the characters. Don Quixote figures tall and elegant on Rocinante; he wears his helm, shield and lance, appearing to look forward in search of something. The much less noble Sancho Panza is just next to his lord; his rounded shape and his head, which apparently stares inquisitively at Don Quixote, expressing his shallower and less dreamy character.

In 1946, the surrealist Catalonian painter, Salvador Dalí, was commissioned to produce the illustrations for a new English language translation of Cervantes’ Don Quixote. The mix between the extraordinary novel and the infinite creativity of Dalí resulted in ten mesmerizing masterpieces.

His ten watercolor interpretations are considered the best take of Cervantes’ book. They manage to express the fervid imagination of Don Quixote, yet also his passion and the comic absurdity of his deeds.

Even though just published in 1946, it is said that Dalí’s sketches were previous to the commission. The surrealist painter had always been deeply fond of literature and was not new to illustrations for novels or plays. 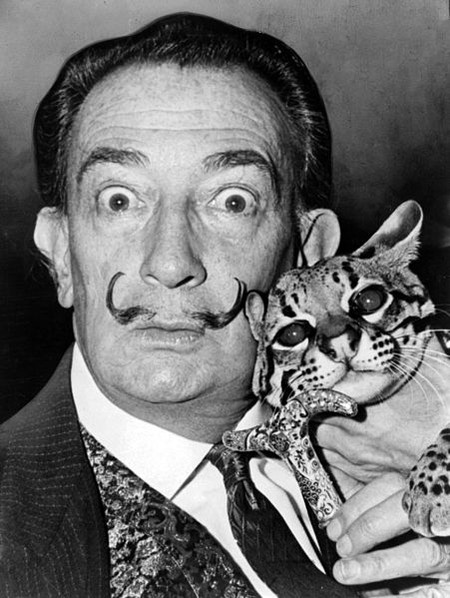 Legend tells that the German composer Richard Strauss, during a period of lack of creativity, had to turn to Cervantes and his work to find the right inspiration. The result is probably the finest musical interpretation of Cervantes’ novel. Don Quixote op.35 was composed in 1897 and had its premiere in Cologne in 1898. Lasting roughly 40 minutes, it is divided into three sections: the introduction, the theme with ten variations and the ending. Technically speaking, Don ‘Quixote op.35’ is a tone poem for cello and large orchestra. Furthermore, Richard Strauss gave Don Quixote and his humble squire two clear voices throughout the poem. The hero from la Mancha is ‘played’ by a solo cello, which intones perfectly the nobility and the multiple sorrows he goes through. The figure of Sancho Panza, instead, is introduced by a bass clarinet and a tuba, then turning into a viola; thus Strauss achieved to describe the clumsy and simple character of the faithful servant.

Man of la Mancha – The musical

One of the most recent and most successful artistic transpositions of Cervantes’ novel is surely Man of la Mancha.

Born from a teleplay (I, Don Quixote), Man of la Mancha is a musical with music by Mitch Leigh, lyrics by Joe Darion and book by Dale Wasserman. It is one of the most produced and acclaimed musicals ever performed on Broadway. It had its premiere in Goodspeed Opera House in 1964, and began its long experience on Broadway in 1965, running for 2,328 performances. Winner of five Tony Awards, Man of la Mancha has also been revived four times.

Interestingly, Wasserman took a different approach on the original story. He used Miguel de Cervantes and his servant as protagonists who become stuck in a dangerous situation and have to disguise as Alfonso Quijana, namely Don Quixote, and Sancho Panza, to save themselves. Thus, they become narrators and actors; authors and heroes of the extraordinary adventures of the man from la Mancha. 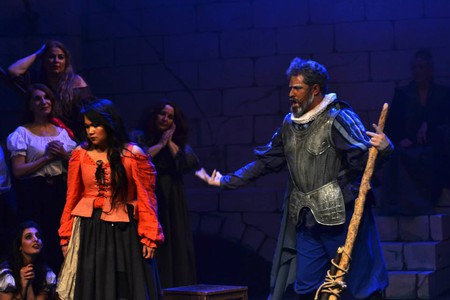 What is listed above is just a small glimpse into the influence Cervantes’ novel has wielded on European and world culture. Yet, these eight pieces of art from eight different artistic geniuses represent a good starting point to understand the enormous value of Don Quixote.