Catalonia's Bullrings: Life After The Ban 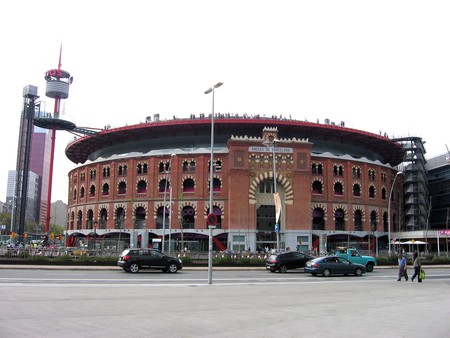 You can watch bullfighting, Spain’s traditional, albeit controversial, spectacle in any region of the mainland, unless you happen to be in Catalonia. In 2010, bullfights were banned by the Catalan parliament and from January 1st 2012, the law came into effect. Bullfighting is often seen as a national symbol of Spain and Catalan nationalists may have been keen to distance themselves from one of its more Spanish traditions. Yet the Plaza de Toros are still standing. So what has become of them now?

Let’s rewind briefly to September 25th 2011. This was the date of Catalonia’s last bullfight and it was taking place at the La Monumental bullring. For decades, interest and ticket sales had been steadily declining with the bullring commonly half-empty. However, all 20,000 tickets for the final fight were sold and spectators gave a standing ovation to the matador José Tomás. Outside the bullring, angry protesters were held back by the police. 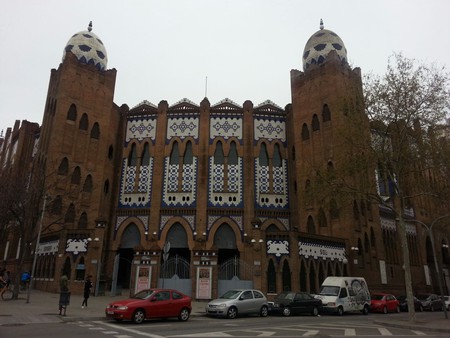 Since 2011, it has been closed for business, unless you want to pay six euros, allowing visitors into the bullring and a small bullfighting museum which exhibits bullfighting suits and other memorabilia. From the outside, everything looks unchanged, if a little neglected. Its status as a protected building has prevented any major changes. The old ticket offices are still untouched and you would be forgiven for thinking that the small sign saying cerrado (closed) on each window has just been put there temporarily until the next fight. 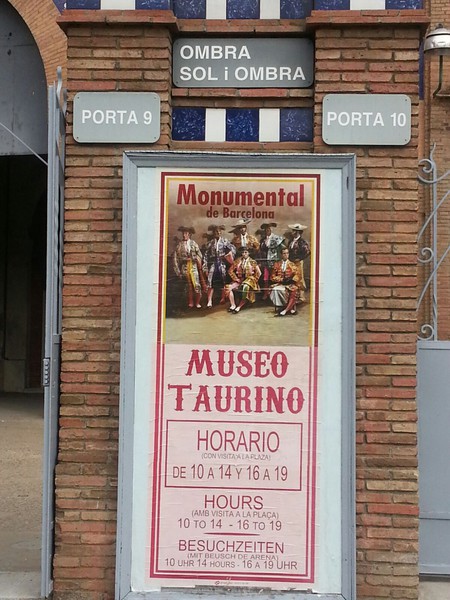 It’s now on the market for 41 million euros, on the condition of the sellers (Grup Balañá), that the space is turned into a shopping complex and hotel. However, neighbors are skeptical. Joaquim Mallèn, the president of the neighborhood association of the area, states that, ‘..since the closure, there have been five or six false rumors on what it was going to be turned into.’ These include projects such as a ‘bio center’ for sports and well-being, a shopping center and a mosque. It is said that the Balañá family looks to follow in the footsteps of Las Arenas, Barcelona’s other remaining bullring.

The last fight here took place in 1977 following the decreasing popularity of bullfighting. The building was practically abandoned and hosted shows only occasionally until 2000. It wasn’t until the 21st century that its most significant transformation took place.

The bullring was renovated and re-opened as a shopping center in March 2011. The modern interior of the building has six floors and hosts a multitude of shops, restaurants, a cinema, and offices. Located next to the buzzing Plaza de España, the shopping center is extremely popular with both tourists and locals. From a distance, the bullring is instantly recognizable with its original neo-Mudéjar walls and circular shape. It’s only if you happen to look up when entering the building that you can see that the original facade has been raised and is held in place with arches and striking red beams below them. This was a way of creating additional space while paying tribute to the history of the building, uniting old and new. A new domed roof has also been added, providing a terrace for cafes and restaurants, and also a walkway around the perimeter for a 360º view of the city.

The center also hosts exhibitions and events. From March 17th-June 12th, The Art of the Brick, an acclaimed exhibition will be at Las Arenas. The exhibition reconstructs famous works of art in LEGO® pieces. 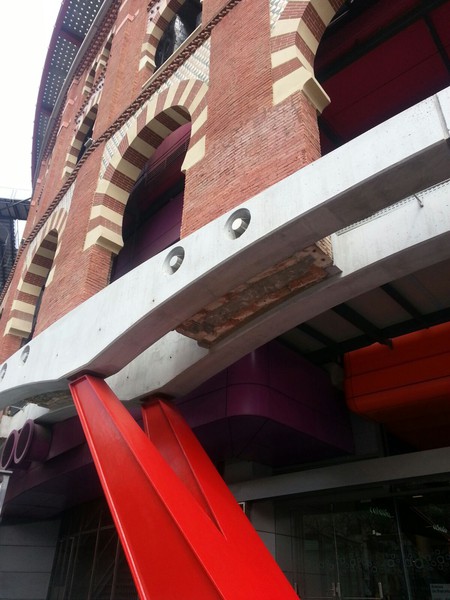 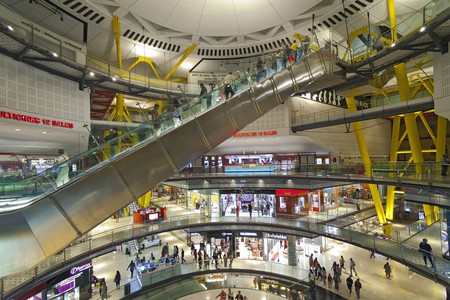 Olot’s bullring, the oldest in Catalonia, saw its last fight in 2005, the local government having forbidden bullfighting a year earlier. The bullring itself has been subject to no transformation due to a lack of funds. The correbou, a ritual which entails provoking the bull and dodging the ensuing charge is still performed at the bullring during the local festivities. While its supporters maintain that the bulls are not hurt physically, animal rights groups insist that the bull is put through a lot of stress. The mayor, Josep M. Corominas, has promised that the future of the correbou in Olot will be decided with a public vote in 2016.

The bullring in Figueres was acquired by local government in 2000 and since then there have been no more fights. It is in a state of neglect and the town hall has considered using it to host a circus museum. However, the promotors of the Circus Arts Foundation are said to favor another venue over the former bullring due to its out-of-town location and the amount of funds needed to restore it. 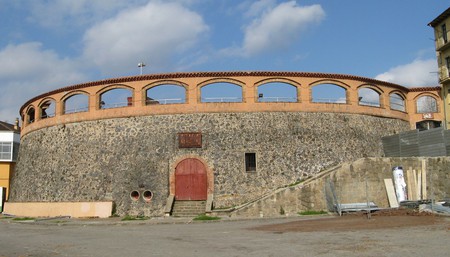 The bullring was shut here in 2006 for costly but much needed repairs. Since then, it has no longer been used for bullfighting. 18 million euros have been spent on the restoration to make the arena suitable for local events and concerts. Reforms include a restored facade, coverage of the plaza with a metal cover, new stands, sound proofing and two annex buildings creating space for dressing rooms, a press room, first aid room, and offices. However, the most notable addition is the domed roof giving it a somewhat futuristic look. The re-branded Tarraco Arena Plaza or ‘TAP’ was re-opened in 2010 and regularly hosts concerts, events and also the castellers (human towers) annual competition. 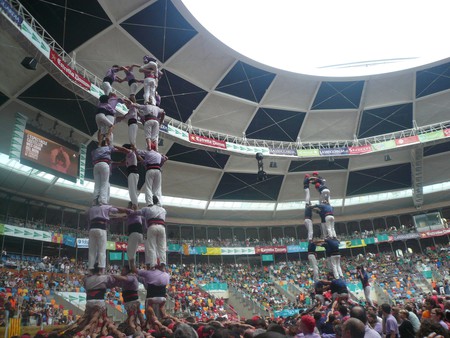