Calder Mercury Fountain: The World’s Most Beautiful Yet Deadly Monument 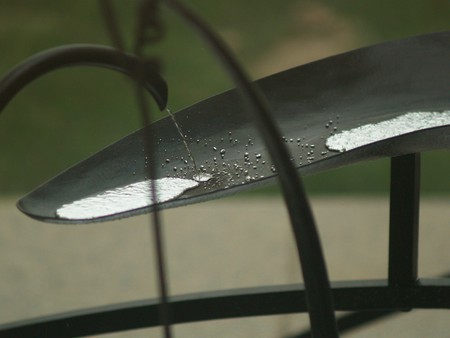 Located inside the Fundació Joan Miró in Barcelona, Calder’s Mercury fountain is one of the deadliest works of art in existence today. Donated to the foundation by the artist himself, the fountain is kept behind a glass casing to protect visitors from the highly toxic substance that gives the monument its most unique character. This is the story of how this deadly masterpiece came to be the world’s most famous mercury fountain to date.

Mercury, also known as quicksilver, is the only metal in the world which exists in liquid form at normal temperatures and has been a fascination for civilizations across the world for centuries owing to its unusual properties. It’s believed that in the 9th century the Egyptian ruler Khumarawayh ibn Ahmad ibn Tulun would request to be rocked to sleep as he lay on air cushions floated over a bath of mercury. The first ruler of China, Qín Shǐ Huángdì died as a result of drinking a mixture of mercury and jade which his counsellors believed would give him eternal life. 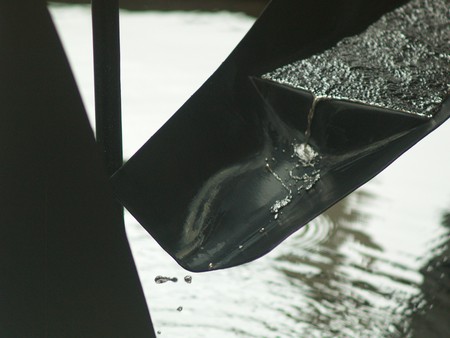 Of course, what wasn’t understood back then is that mercury is in fact highly toxic and mercury poisoning can lead to sensory impairment, a feeling of itching and burning and ultimately, death. The expression ‘as mad as a hatter’ appeared in the 19th century owing to the odd behaviour frequently noticed in those who worked in the hatmaking industry – a profession which used mercury in the manufacturing process. However the discovery of mercury’s toxicity in the human body was a lengthy process and it wasn’t until the mid 20th century that scientists concurred on the dangers of exposure to mercury.

The element’s unique physical properties meant that it was frequently used in science and technology, especially in electronics. In the early 20th century mercury mining was a lucrative business and demand for the metal was high. At that moment in time one of the largest mercury mines in the world was that of the Spanish town of Almadén, which is thought to have supplied about 60% of the world’s mercury. 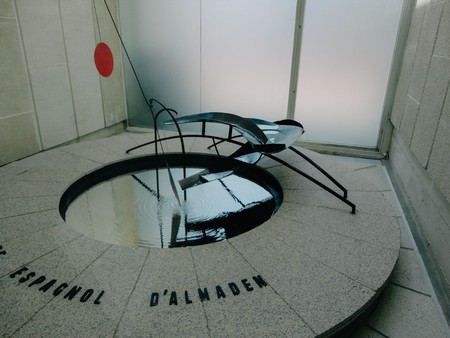 In 1936 the three-year Spanish civil war broke out, pitting supporters of the Republican government against supporters of General Franco’s Falangist movement – the latter would come out victorious in 1939, marking the beginning of the dictatorship which would last until 1975. During the height of the civil war, Franco’s troops launched an attack on the town of Almadén and besieged the mercury mine – a costly move for the Spanish government who was deprived of the financial revenues from the export of mercury, as well as access to the metal which was used in the creation of firearms.

It was in this context that in 1937, struggling to retake control of the city, that the Republican government commissioned the artist Alexander Calder to create a monument denouncing the siege of Almadén to be presented at the 1937 World Exhibition in Paris. This wasn’t the only notable art work to be commissioned by the government for the occasion, the other being Pablo Picasso’s world-famous Guernica painting. 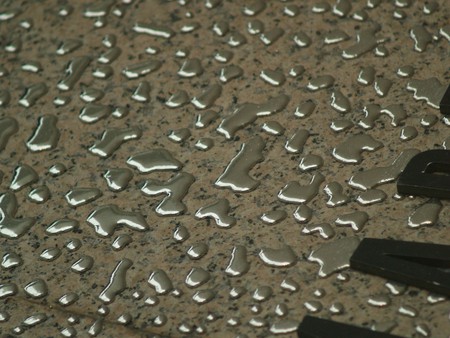 Detail of mercury splashing on the fountain | © StevenBrace / Flickr

Today the fountain is located within the Joan Miró Foundation on Montjuïc hill in Barcelona – donated to the museum by the artist himself – where it lies behind a glass casing designed to protect visitors from the poisonous fumes which emanate from the fountain. Few who visit the monument are aware of the historic struggle from which the piece originates. A mesmerisingly beautiful, yet lethal reminder of Spain’s troubled past and the brutality of a war whose legacy continues to resonate in the country today.