Founded in 138 BC, Spanish Valencia has more than a story to tell. In more than 2000 years of history the city has gathered different cultures, people, and melded distant and divergent traditions inside its walls. Passing from the control of the Roman Empire to the Moors, just to be heroically liberated; it saw the crown of Aragon and the Bourbons at its helm, as well as the long dictatorship of Francisco Franco. Its adventurous and rich history has resulted in a strong and colorful identity. Valencians are rightly proud of their heritage, their own language (Valencian), their traditions and their own heroes. Here, we list five books that perfectly capture Valencian culture and its strong identity.

Cantar de mio Cid (The Poem of my Cid)

El Cantar de mio Cid is a Castillan epic poem composed across 12th and 13th centuries. It narrates the deeds of El Cid, a Spanish nobleman and knight who, after being exiled from his city, had to fight the Moors in order to regain his lost honor. Interestingly, El Cantar de mio Cid is based on real events. El Cid was a nickname given by the Moors to noble Rodrigo Diaz de Vivar. Rodrigo, as sang in the poem, fought throughout Spain against the invaders, having one of his famous battles in Valencia. Historically speaking, Rodrigo de Vivar, after a long siege, took control of the city in 1092. Here, he established an independent principality, becoming prince of Valencia until his death in 1099. Therefore, El Cantar de mio Cid represents an artistic take upon a crucial moment for the city of Valencia and its inhabitants. El Cid is still considered a hero; he is the man who started the process of Reconquista (liberation) of Valencia, which would be accomplished by Jaime I roughly a hundred years later. 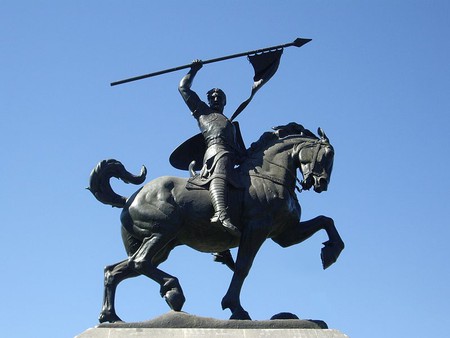 Tirant Lo Blanch is a chivalric romance published in 1490, written by Valencian knight Joanot Martorell. Thanks to its stylistic and thematic innovations as well as its influence over Spanish and European literature, Tirant Lo Blanch is regarded as one of the most important books ever written in Valencian. Narrating the adventures of medieval knight Tirant, it is far from the romantic and platonic contemporary tomes. Joanot Martorell curiously inserted sarcasm, faithful daily life descriptions, and sensual love scenes throughout his work. He established the base for a new conception of Romance books. Martorell’s Tirant Lo Blanch was also of great inspiration for Miguel de Cervantes’ Don Quixote. Cervantes stated more than once that Martorell’s work was the best book ever written. This Valencian masterpiece directly and indirectly changed Western literature, as well as popularizing the already expansive Valencian culture; heightening Valencian language to one of its highest artistic peaks. 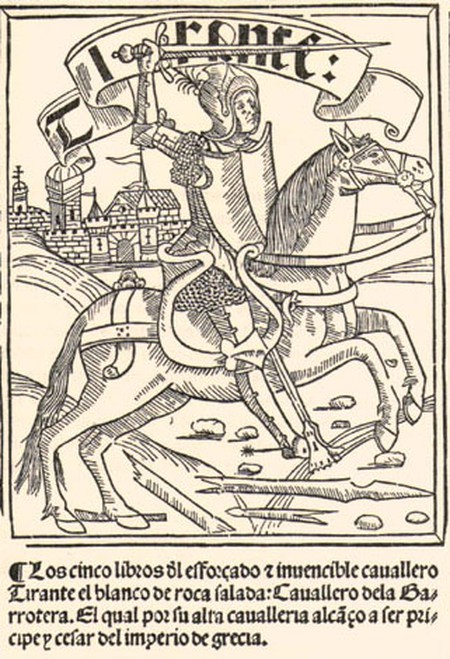 Cañas y barro is a novel published in 1902 by Valencian journalist, politician and novelist Vicente Blasco Ibáñez. Set over the first years of the 20th century, it tells the story of a Spanish family living in the Valencian rural area of Albufera. It focuses on the figure of young Tonet and his troubled and intense relationship with Neleta, affected by economic, social and historical matters. The novel is considered one of the 100 best Spanish books written in the 20th century. Cañas y barro, through its naturalism and realism, perfectly describes the cultural and social changes which took place in Spain, and more specifically in Valencia in the beginning of the last century. The great descriptive ability of Blasco Ibáñez and his narrative talent give the reader a clear portrait of Valencia and its community in the 19th-20th century. Moreover, the writer manages to insert personal and unique feelings such as love and passion in bigger frames like the Cuban war of Independence (1895-1898) and the economic and commercial changes that occurred at the end of the 19th century.

Beyond his wide novelistic production Vicente Blasco Ibáñez was also a fond writer of short stories and tales. Cuentos Valencianos (Valencian Tales) is a collection of 12 stories set or related with Valencia and its neighborhood. First published separately in the newspaper El Pueblo, they were gathered in one tome in 1919. Through these stories Blasco Ibáñez explores and promotes popular traditions (En la Puerta del cielo or El Dragon del Patriarca) as well as dealing with human feelings and their many hues; like in Dimòni (love), ¡Cosas de hombres! (Jealousy), Guapeza valenciana (revenge). Cuentos Valencianos is a window on Valencian popular traditions as well as a historical look on the city and the whole surrounding area. Blasco Ibáñez’s collection rapidly became part of the cultural identity of Valencia and its inhabitants. 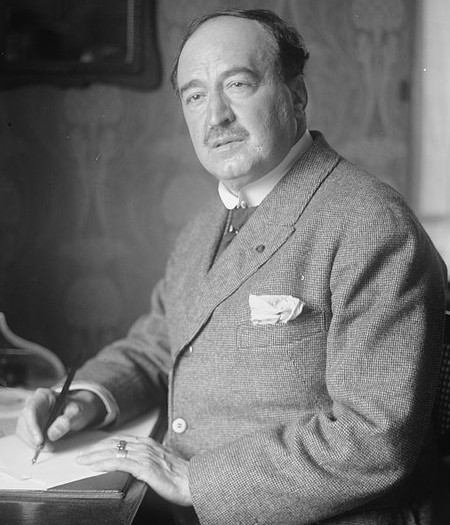 Literally translatable as ‘We, the Valencians.’ This historical and political essay from Joan Fuster is the book which best captures contemporary Valencian identity. Published in 1962, Nosaltres, els Valencians deeply explores the culture of the whole community. Through his work, Joan Fuster deals with the relationship among Valencia, Spain and the Catalan community. Written and published under Francisco Franco’s dictatorship, Nosaltres, els Valencians represented a brave attempt to detach Valencia from the country as a whole. It is considered one of the first books which promoted Valencian nationalism and the individuality of the region. It is divided in three sections: Los hechos (the facts), Las indecisiones (the indecisions) and Los problemas (the problems). Moreover, beyond the structural divisions, the whole essay is based on a consistent dualism, namely the rapport between Catalonian (Valencian) speakers and the Spanish ones. Even though the book has lost its political importance and influence after Franco’s death, it is still considered one of the best insights into Valencian culture and history. 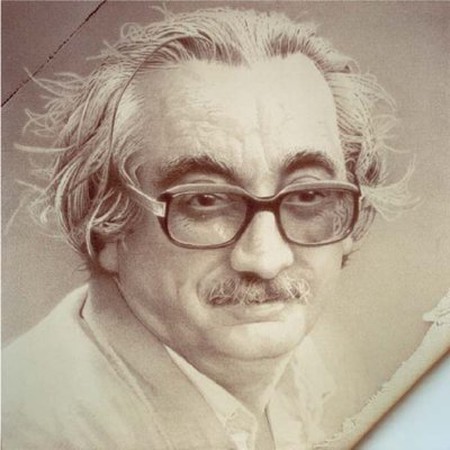