Books On Barcelona: 11 Must-Reads Before Your Trip 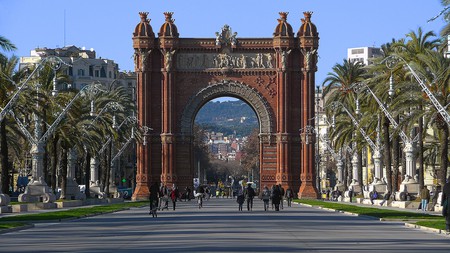 We share a habit of searching the web for information. Search engines bury us with an overwhelming amount of hits on Barcelona. Carefully we separate useful from useless. Books are a whole other story. Find the right section in the library and distinguish the favorable from the even more suitable. The written word is a form of art. Prepare for your trip by reading up on foreign and local writers, who choose Barcelona as their alluring and enchanting scene. Read and see what defines the world you are visiting.

The Man Of My Life by Manuel Vázquez Montalbán

This is one of Montalbán‘s exciting stories about detective Pepe Carvalho, his 21st to be precise. In The Man Of My Life, Montalbán reflects on the current politics of the Catalan region. It’s full of lively descriptions on Catalan nationalism and Catholicism versus Satanism. At the same time the main character, age sixty-something, does a bit of detecting, locates the bad guys, enjoys the delicious recipes of the Catalan cuisine and he also gets all the ladies. This humorous read is stuffed with amusing Barcelona details. 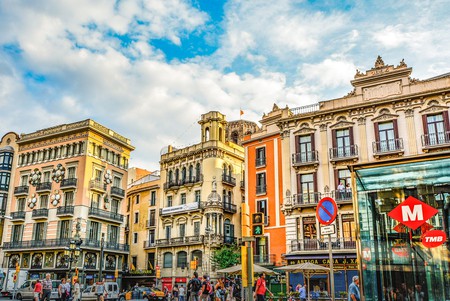 The Color of A Dog Running Away by Richard Gwyn

When a former musician meets his first true love the adventure begins. Not because they want it to, but because they were kidnapped. Traveling around in the Mediterranean for nine years helped Welshman Richard Gwyn write this novel. A novel that keeps on deceiving you, maybe even on the edge of being disturbing. The Color of A Dog Running Away is an unforgettable historical thriller, that holds you in its grip, with Barcelona’s Gothic Quarter as its sublime scenery.

The Shadow of The Wind by Carlos Ruiz Zafón

A young boy finds a mysterious book called The Shadow Of The Wind. When the boy starts his seemingly innocent quest in search for other titles from the same writer, he finds out someone has been destroying every book this writer has ever written. This international bestselling novel by Spanish writer Carlos Ruiz Zafón is a real page-turner. It explores obsession and love for literature and shows what bizarre things it can lead to. The story takes place in Barcelona and the period of healing after the Spanish Civil War. When visiting Barcelona, try the Shadow of the Wind themed Barcelona Walk. 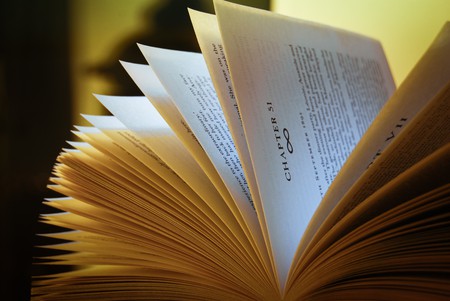 The South by Colm Tóibín

The Irish born main character, Katherine, arrives in Barcelona in the 1950s. She becomes an artist and finds herself a Catalan lover. Eventually, they move into the Pyrenees and share a life isolated from the rest of the world. This tale is partly set in Ireland, party in Barcelona and partly in the Catalan mountains. The lives of the Spanish characters in The South have been marked by the Spanish Civil War and Franco’s dictatorship. By writing this novel, Tóibín followed the outline of his own journey from Ireland to Spain in 1975, and captures the difficult cultural and political situation in an alluring novel.

Tusset is a Spanish writer born in Barcelona. The Best Thing That Can Happen To A Croissant is his wickedly funny debut novel. You will get sucked into this bad manner comedy about the adventures of the anti-hero, Pablo ‘Baloo’ Miralles. Pablo needs to take part in the Spanish family business, when his accomplished older brother suddenly disappears. This quickly turns into a uncertain detective story. This European bestseller is the perfect choice for those among us craving for a good laugh and an exquisitely entertaining read. 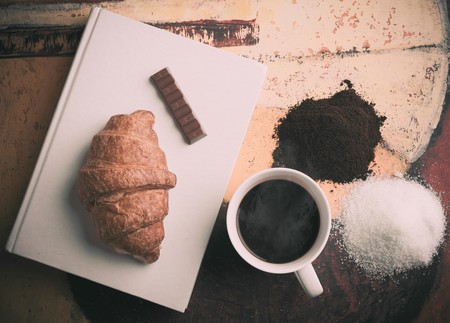 What Should Happen To A Croissant | © Image Catalog/Flickr

The oldest and most well-known recommendation on this list is one of the most influential works of literature from the Spanish Golden Age. This title, often shorted as Don Quixote, tells the story of a middle-aged gentleman who decides to take up his sword and defend the helpless. A noble thing to do, wouldn’t you think? Being obsessed with the ideals he read about in his books makes it a bit of a different story. After failing his first adventure he persuades a laborer to become his squire and accompany him on his quests. In search for adventures they ride around the paths of Spain. At some point he enters Barcelona and that’s where it becomes an even more enjoyable read for Barcelona lovers. 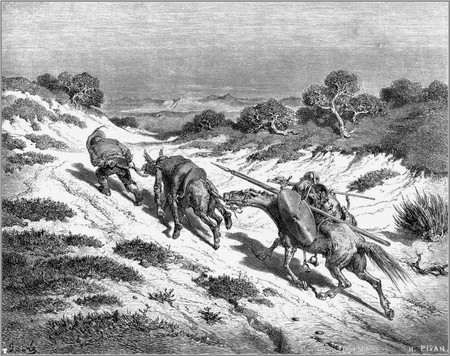 Homage to Catalonia by George Orwell

The topographical aspect in Homage to Catalonia breathes opportunity. It gives an impressive profile of Barcelona, at an essential moment in the city’s history. This is one of the greatest books on the reality of warfare in Barcelona. While reading, the city comes alive in its pages. View the city through Orwell’s pages and be amazed by the ease with which it explores the modern city and digs deep into the terrible events of less than a lifetime ago. 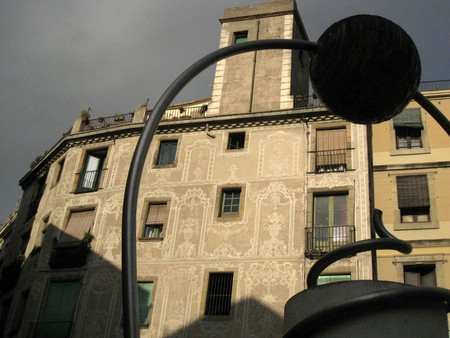 Francisco Franco established his scarring dictatorship after the Spanish Civil War. He unified fascist and right-wing groups. It was only after his death in 1975 that many of his institutions were dismantled and democracy revived. The whole world believed that under his fascist dictatorship, nothing worthwhile could be created. No one could share, speak, write or show their thoughts. Jeremy Treglown breaks with this vision. Franco’s Crypt reveals the vividly recorded events of the period of Franco’s dictatorship. This all results in a much-needed improvement of a history we only thought we knew. 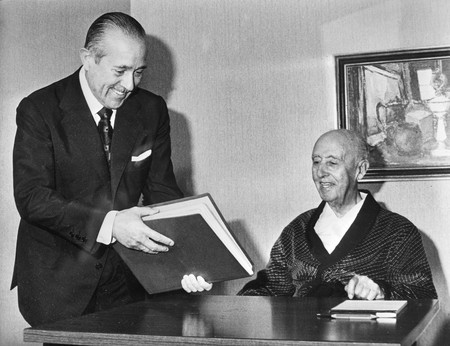 What Catalans Want by Toni Strubell

Strubell has conducted an tremendous amount of interviews with some of Spain’s most representative personalities and a small group of foreigners living in the Catalan region. The Catalan political future as an autonomous region is the present-day topic of his informative read. What Catalans Want helps you discover what fuels the issues involved. It’s not just the discomfort the people in this region feel about being part of Spain, it also concerns the European Union. The book does not read as easily as the before mentioned novels, but its high relevance makes it a highly recommended work.

If you love to travel you might have used a Lonely Planet guide before. The guides always offer good value for money. The Barcelona edition covers just about every subject you can think off. A complete overview of the city’s highlights accompanied by detailed descriptions for every type of traveler will definitely help you to plan and book your ideal trip, with advice from experts on traveling and culture. 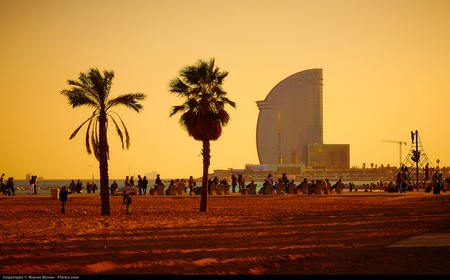 Many of the typical Mediterranean products can be found in the Catalan kitchen. The differences between Spanish and Catalan cuisine are made in unexpected combinations. The Catalan cuisine adds a fresh view to Mediterranean cooking. Try their Calçots, or barbecued baby leeks, at a traditional ‘Calçotada‘ barbecue-party, taste Escudella, a typical Catalan stew, or enjoy Fideuas, a seafood dish similar to paella but served with short noodles rather than rice. Discover the fascinating culture of the Catalan people by reading about their culinary masterpieces. 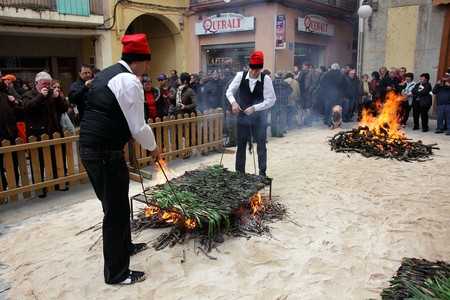 Can’t stop devouring books? You should also watch out for young Catalan writers!