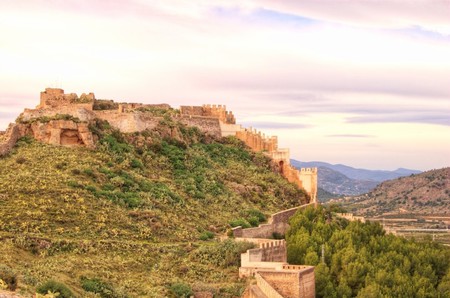 Just 30 kilometres (19 miles) north of Valencia is the town of Sagunto, the perfect destination if you love exploring lesser-known towns full of history and culture—its impressive hilltop fortress dates back to Roman times and is the largest of its type on the Iberian peninsula. Because the best way to explore Sagunto is on foot and each of the various walking tours available offer something slightly different, we’ve gathered our pick of the best, whether you prefer a group, private or self-guided tour.

The tour from Descubre Valencia aims to show you why so many civilisations, from the Romans to the Moors, wanted to settle in Sagunto through a tour of historical sites including the well-preserved Jewish Quarter, the famous Roman Theatre and the Arabic Baths. The tour, which runs on request, lasts around two hours and costs €12 ($15 USD) per adult. It begins outside the tourist information office on Alameda Jaume I and can be given in Spanish, English, Italian and other languages on request. 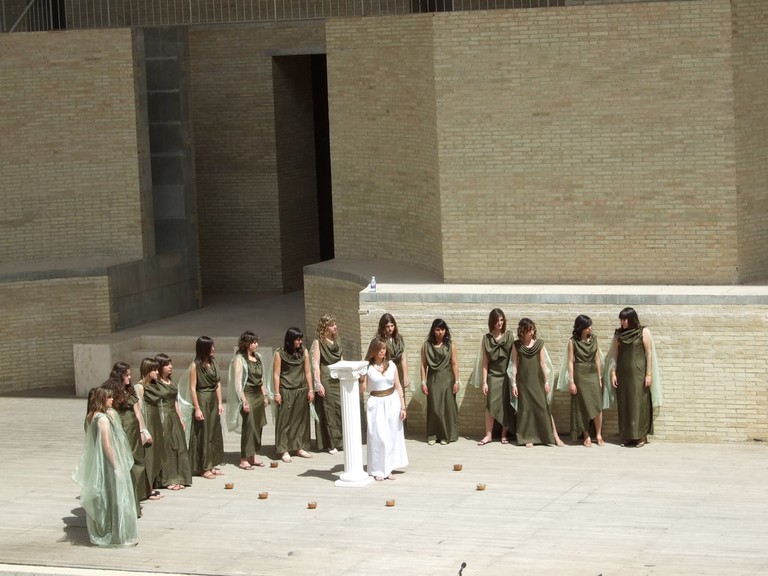 Performance at the Roman Amphitheatre of Sagunto | © virgi.pla/Flickr

If you want to combine historical and natural wonders on your sightseeing day trip, this private, cultural tour by Discovering Valencia is for you. Starting in the Old Town, you’ll take in the main sights such as the Jewish Quarter and Roman Theatre before making your way uphill to the castle of Sagunto to see its ancient walls and some stunning panoramic views. Afterwards, the tour continues at the nearby San Jose Caves in Vall d’Uixó where you can discover hidden grottos and navigate the unique underground river by boat.

This walking tour focuses on the heart of Sagunto and makes stops at the city’s main sights, providing in-depth information along the way about the area’s heritage and various archeological remains which represent different Mediterranean cultures. You’ll make stops at the Roman Theatre and the Jewish Quarter before walking up to the castle, and there will also be plenty of lesser-known discoveries along the way. The tour costs €20 ($25 USD) per adult, starts at 10 am from the city’s train station and lasts between two to three hours. 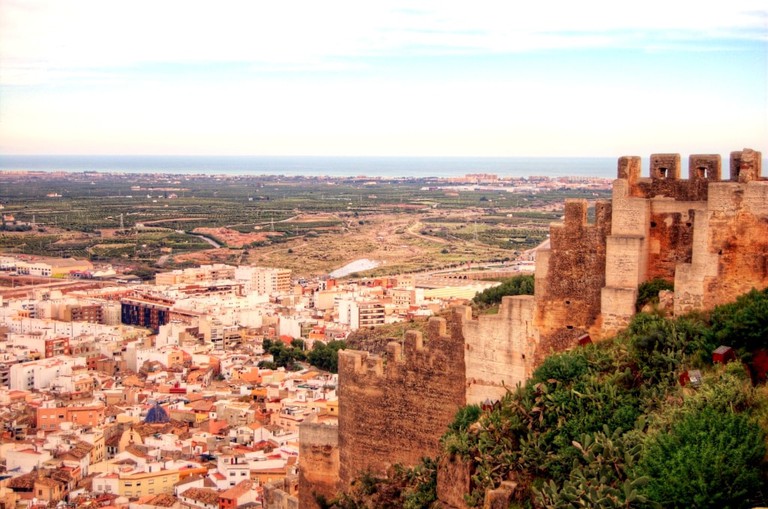 If you’re looking for a private tour with a personal touch, this five-hour cultural tour with a bilingual American guide may be the best choice. You’ll be picked up in Valencia at your hotel, or even at the port, and driven through the orange groves to Sagunto. The detailed tour takes in the Via Portico museum with its carefully excavated Roman street, as well as the Jewish Quarter. You’ll continue to the Medieval Quarter before starting the 15-minute walk up to the castle. Since it’s a private tour, you can schedule lunch and coffee stops to suit your group.

Sagunto, the core of the Mediterranean sea

This small private tour takes in the most important sights and squares in the centre of Sagunto, including the Jewish Quarter, the Plaza Mayor and the city’s historic castle. You’ll realize why Sagunto was once such an important place—even more so than Valencia. The tour can be fully customised to suit your group’s needs and costs anywhere between €80 to €95 ($98 to $117 USD) depending on your group’s size. 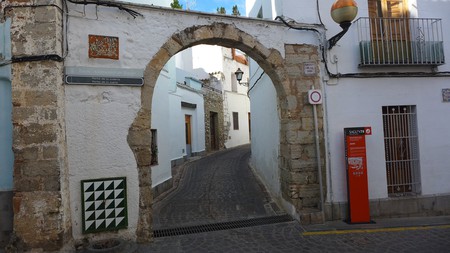 If you prefer a self-guided walk, Wikilocal has quite a few good suggestions including this tour, a very comprehensive 7-kilometre (4.5-mile) route, which starts at the train station and takes in all the main sights in the city centre as well as the castle, the Jewish Quarter and several Roman sites including the theatre and the remains of the Roman bridge.

For a shorter, easier 3-kilometre (2-mile) route that takes in only the main sights in the Old Town (and is ideal for families), this self-guided walking route begins with a visit to the 13th-century church of Del Salvador before meandering through cobbled streets and squares to reach the Plaza Mayor. Visits to museums including Casa dels Belenguer and the Historical Museum of Sagunto are included on the route before arriving at the Jewish Quarter and ending your tour at the famous Roman Theatre.