Best Things to Do in Terrassa 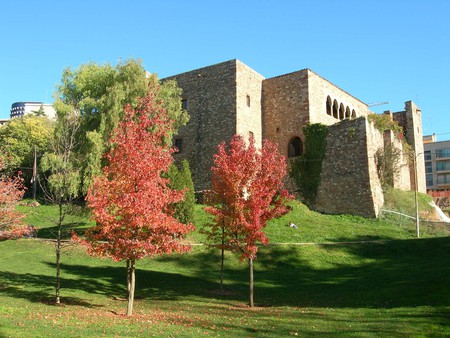 The Castle of Vallparadís | © Daniel Mas

Located just 30 kilometers north-west of Barcelona, Terrassa is a thriving city with a rich history, from the era of the ancient Romans right up to its more recent industrial past. Easily accessible by train, it is a great place to head for a day trip from Barcelona if you want to see another side of Catalonia. Here are some of the best reasons you’ll want to plan a trip to Terrassa.

This humble stone tower is the only remaining vestige of the castle of the Count Kings of Catalonia in Terrassa, who ruled the land from Llobregat to Sant Cugat and all the way to Pla de Bages. The castle was constructed in the 11th century and was being used as a prison until as late as the 19th century when the then-owner decided to demolish the building with the exception of the tower. It is now managed by the Museum of Terrassa and is open to the public. 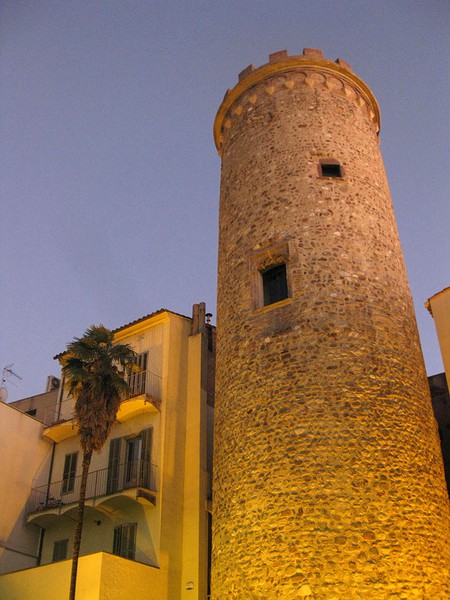 The Churches of Sant Pere

These three churches are an important part of the historic legacy of Terrassa, dating back to as early as the 6th century. The trinity consists of two churches – Sant Pere and Santa Maria – as well as a mausoleum – Sant Miquel – as was typical of the Byzantine era. They are home to valuable artwork dating back to the Romanesque and Gothic époques, as well as remarkable stone work and frescoes. 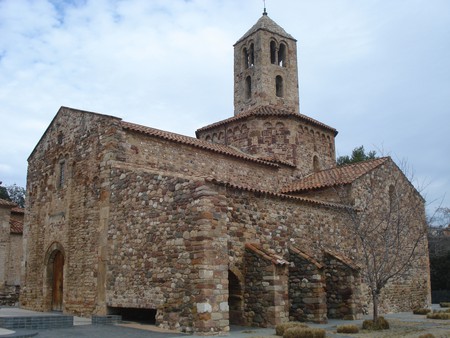 Terrassa was an important industrial city throughout much of the 19th and 20th centuries, home to a great number of textile factories. As a tribute to its industrial past, 25 factory chimneys have been preserved across the city. Perhaps the most remarkable is the Bòbila Almirall which harbors the highest spiral staircase in the whole of Europe, circling round the tower on the outside and climbing to some 63.25 meters in height.

The National Museum of Science and Technology of Catalonia

For those interested in the history of industrialization in Catalonia – a long time the heartland of industry in Spain – the MNACTEC is an absolute must. Housed within an early 20th century factory which was operational until the 1970s, the museum provides a comprehensive overview of the history of technological knowledge in Catalonia until current times. There are also a number of original and replica machines and designs on display. 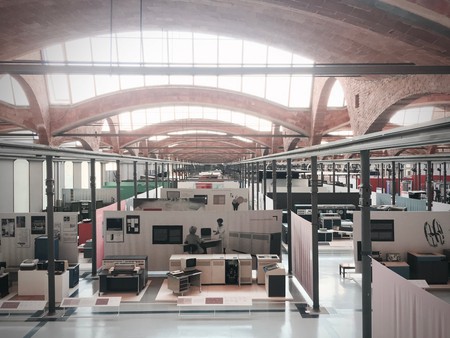 Inside the MNACTEC | © Marcin Wichary

This is the central market of Terrassa and for a long time the most important market in the city. It was designed and constructed at the beginning of the 20th century and is a prime example of Modernist architecture. There are signs of a market taking place in Terrassa on the same site since as far back as the 13th century, but it wasn’t until the 19th century that the local authorities finally decided to construct a permanent structure to house it. Today it remains open as a market place, selling meat, fish and vegetables to the local community. 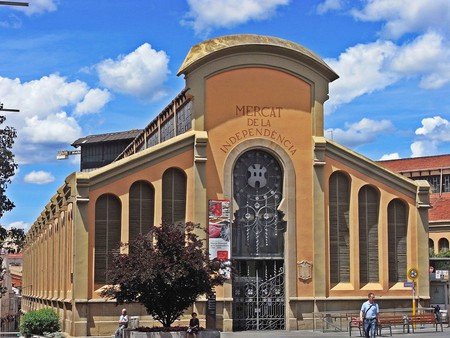 The market in Terassa | © Jaume Meneses

The Castle and Charterhouse of Vallparadís

This ancient castle is located in the Vallparadís gardens and is one of the six branches of the Museum of Terrassa. Constructed sometime in the 12th century, the castle was the home of local counts and nobles until it was converted into a country-house or “masia” in the 19th century. Since the 1940s it has been owned by the local council, which has given it new life as the main site of the Museum of Terrassa’s collection, home to a variety of artworks and artifacts dating to as far back as the prehistoric ages.

This is undoubtedly one of the most remarkable Modernist jewels of Terrassa, inspired directly by the work of architect Antoni Gaudí. Built in 1896, the Masia Freixa was renovated just a decade later and has remained unchanged since then. It is easily recognisable thanks to its waved roof and catenary arches which are evocative of those found in Gaudí’s work. Originally designed as a textile factory, it instead became the family home of local entrepreneur Josep Freixa i Argemí, whose name it carries. 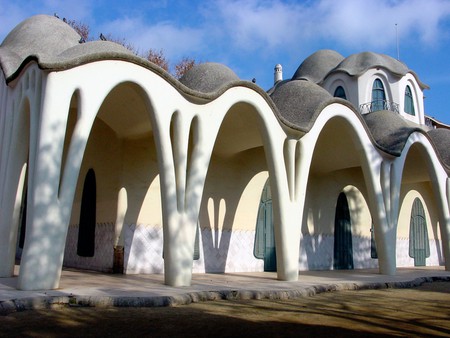 The Masia Freixa | © Joan Sorolla
Give us feedback