The Best Sports Bars in Barcelona 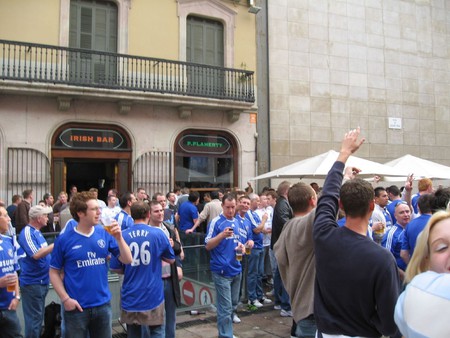 Sometimes if you can’t watch a game live, the next best thing is watching it in a sports bar with a cracking atmosphere. While many bars will screen football in Barcelona – especially when Barça are playing – not all of them have the set up you want when you’re watching a big game. Here are the best places in Barcelona where you can grab a beer and a bite to eat and watch your favourite team on a big screen.

Describing itself as a ‘megataverna’, L’Ovella Negra is a large Spanish beer tavern spanning some 2,000 square meters in the neighbourhood of El Poblenou. There are slot machines, foosball, billiards and other bar games as well as large television screens, where you’ll be able to see all the FC Barcelona games. The bar is particularly popular with university students and has quite a lively atmosphere at weekends.

Located just off the Plaça Catalunya, Belushi’s is a lively bar popular with international visitors and students. The bar is open late at night and is not unknown to host a few parties at the weekend, as well as organising beer pong and foosball games. Sports is also a big part of Belushi’s identity, and there are a number of large HD screens across the bar where you can watch football, golf, NFL, NBA, cricket and more. Bar food includes burgers, wraps, salads and a selection of Spanish tapas. 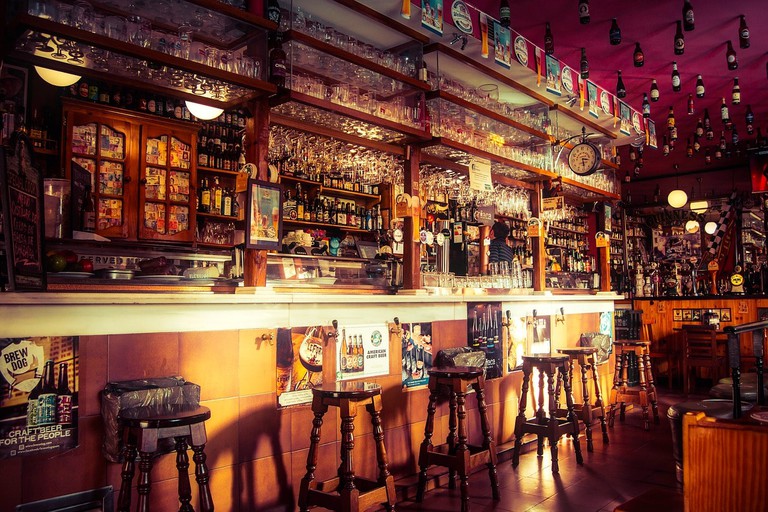 Another legendary Irish pub in Barcelona, Shenanigans boasts a large back room that is perfect for watching a big game. In the bar area, there are another six television screens that show a variety of sports, and staff are usually happy to take requests when possible. On the menu, you’ll find a selection of traditional pies, such as chicken and leek or beef and kidney pie, which wash down well with a pint of Kilkenny Irish Ale. On Friday and Saturday nights, you can also catch live music from 9:30pm onward.

A new style of venue in Barcelona, CocoVail is a craft beer emporium with over twenty different craft beers on tap, many of which are local. Inspired by the American-style beer halls, CocoVail boasts large seating areas ideal for big groups and has a long list of home-made bar food including chicken wings, burgers, pulled pork sandwiches and poke bowls. As for the sports, every Sunday they screen American NFL games on the large screens, and there are some great offers on drink and food starting from 7pm. 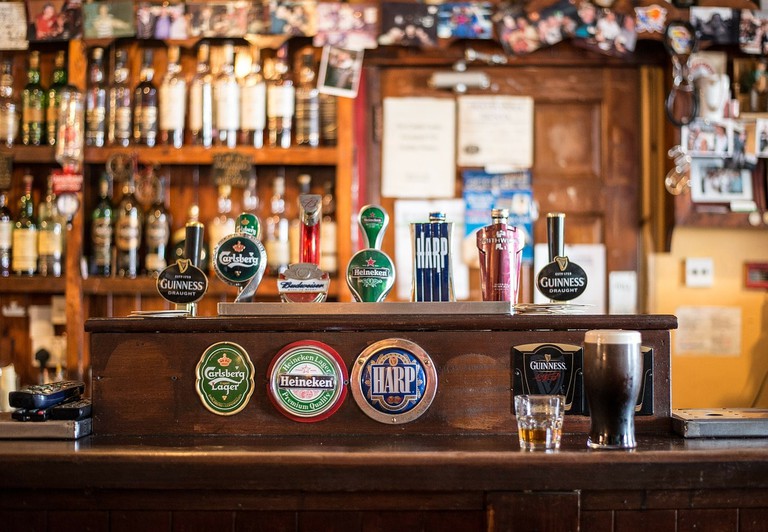 Owned by the same family as the aforementioned Shenanigans, Flaherty’s Irish Pub is located just off La Rambla and is one of the go-to destinations for sports fans in the city. The pub can screen an impressive number of sports channels, and staff always do their best to accommodate requests (although British Premier League football is always a given). The food offering includes some home-made pub classics such as jacket potatoes and pies. The atmosphere here is generally everything you could ask from an Irish pub from the chatty bar staff to the good craic at the weekends.

If Irish pubs aren’t quite your style, then La Taverna de Barcelona offers live sports screenings in an altogether more Spanish atmosphere. Located not far from Plaça Catalunya, the bar is popular with FC Barcelona fans who come to watch the game on one of the large screens, and you’d do well to book ahead of time if you want to secure a table. On the menu, you’ll find a mixture of classic bar snacks and international favourites, as well as traditional tapas.