The Best Places to Spend Carnival in Sitges 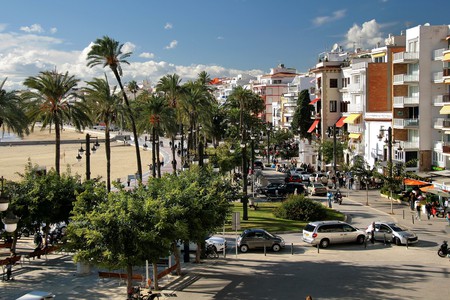 February has us longing for carnival and the perfect place to spend this wild, gluttonous and extravangant party in the streets. There are great carnival celebrations all over the world, but one of the best and wildest is in Sitges, Spain. A self-proclaimed gay capital of Europe, carnival in Sitges is very much focused on the gay community, so the great gay bars are usually the wildest party in town. Want to get the best out of your carnival in Sitges? Here are 10 spots you should hit up to catch all the action.

Open 7 days a week from 8:30am until late into the night (their terrace opens at 5pm), Parrots is a great gay bar to be part of the carnival fun, and all are welcome. They will have a fabulous opening carnival party on February 7th of this year. 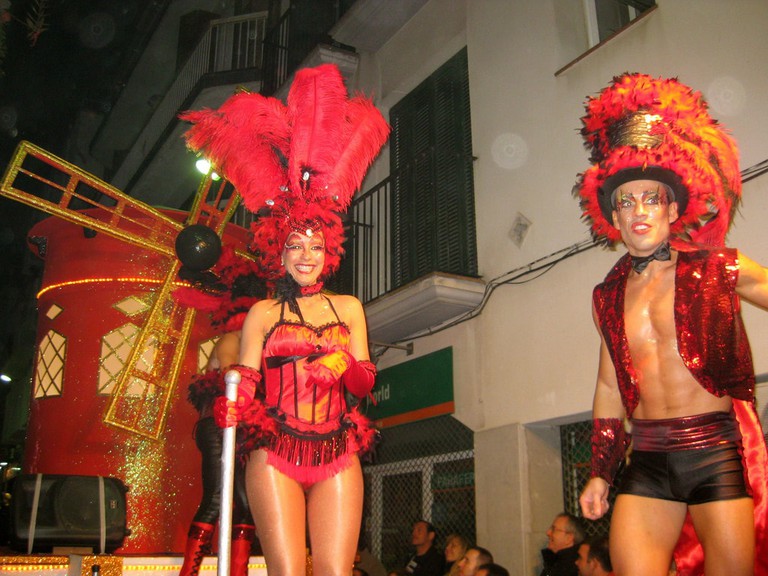 If you want to be in the middle of the action for parades, preformances and just general revelry in the streets, find a place to stay in El Centro. A bit like being in the French quarter of New Orleans, don’t expect to get much sleep during the days of carnival and book way in advance.

This area of town has some of the best gay hangouts like Parrots, Pacha’s and Pachitos. There are so many bars here that while it’s awesome for a few afternoon drinks, nighttime transforms this area into the place to spend your wild nights. If you are here on the 3rd of February you will even get to see “El costat fosc de la força” (The dark side of the force), a walk through the center of town (and down 1er de Maig) inviting everyone to the presentation of the carnival queen. 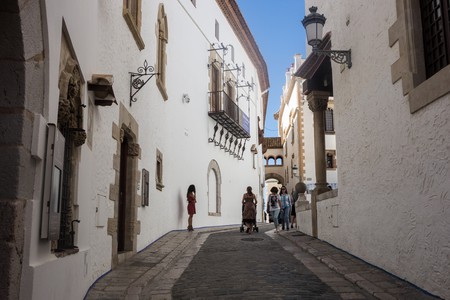 Bar, Nightclub, Spanish
Facebook
Email
Twitter
Pinterest
Copy link
Share
Map View
Privilege is also another packed and popular gay dance club and bar. They will host an opening party on February 7th this year and be open for business throughout all the fun. They have several different theme nights, a dark room and a happy hour from 11pm to 1am.
Open In Google Maps
24 Carrer Bonaire, Sitges, Catalunya, 8870, Spain
Visit Website
Give us feedback

The town’s main plaza is surrounded by streets with cafes, bars and just generally good perches for people watching. The main parades that happen on Sunday and Tuesday make their way through this plaza, so it’s a great place to see the costumes and join in on the fun. 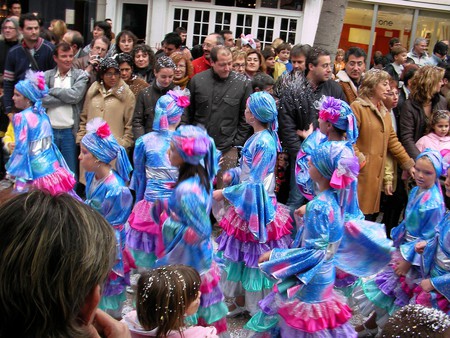 Built in 1877, the Casino Prado theater is a year-round cultural center that offers everything from yoga to dominoes. The theater is a central part of the carnival experience as on Saturday the 3rd the carnival queen is announced there, the 4th of February the junior queen is announced, the 8th is the Carrousel show where the queen and her entourage are presented and from then, there are shows and events in the theater almost everyday of carnival.

Balmins is one of the city’s nudist beaches for the voyeurists among us who venture to Sitges this year. It’s extremely popular with the gay crowd and is one of the closest beaches to the city center. 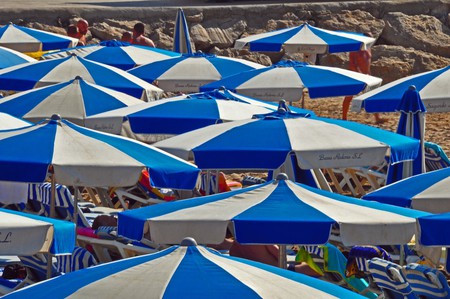 If you need peace and calm at the end of the day, the Vinyet-Terramar neighborhood might be what you are looking for. The area starts at the town’s most popular gay beach, Playa de la Bassa Rodona, and goes south. There is a Terramar train several times a day in El Centro. Terramar is where you will see mansions and upscale living and Vinyet (between Terramar and Centro) is slightly more humble but still a very nice area of the city.

De la Ribera beach is right in the center of Sitges and is a great spot for spending the day in the sun and then watching the carnival parades go by. This is also the spot for the festival’s end, “the burial of the Sardine”, and lots of big barbecues are held beachside long into the night.

Bar, Spanish, $$$
Facebook
Email
Twitter
Pinterest
Copy link
Share
Map View
A popular bar with the gay crowd and a favorite of Sitges regulars, they often have cabaret shows and if no one is on stage you might be treated to an impromptu sing-a-along anyways. Usually packed, especially during carnival, come early for a good seat.
Open In Google Maps
37 Carrer de Sant Bonaventura, Sitges, Catalunya, 8870, Spain
+34938146245
Visit Website
Give us feedback
Give us feedback