Pórtico Librerías, Calle Pedro Muñoz Seca | Courtesy of Pórtico Librerías, Zaragoza
Zaragoza is the capital of Spain’s autonomous Aragón region – as the country’s fifth-largest city, it makes for a great weekend break, filled with museums, history, shopping and art galleries. While you’re visiting, why not take a look at our pick of the best independent bookstores in Zaragoza?

Bookstore
Librería Cálamo, Zaragoza | Courtesy of Librería Cálamo, Zaragoza
Librería Cálamo is located just south of the city centre. It opened in 1983 and today is one of the most important bookstores in the city. The shop specialises in literature, philosophy, history, art and travel books, and the service is very personal, with staff who love to advise and inspire clients on what to read. The shop also has a huge kids’ section, which opened in 2010, and covers two floors. It not only features books, but also an activity centre, story telling corner, and even a small theatre. You can find books here in several languages including Spanish, English, German and Italian.
More Info
Open In Google Maps
4 Plaza San Francisco, Zaragoza, Aragón, 50006, Spain
+34976557318
Visit website

Librería Paris was first opened in 1963 by the Aragonese entrepreneur José Muñío. Still a family buisness today, it now stocks books from over 2,000 different publishers. You can get books here on everything from fiction and poetry to fantasy, history and cooking. There is also an excellent kids’ section. 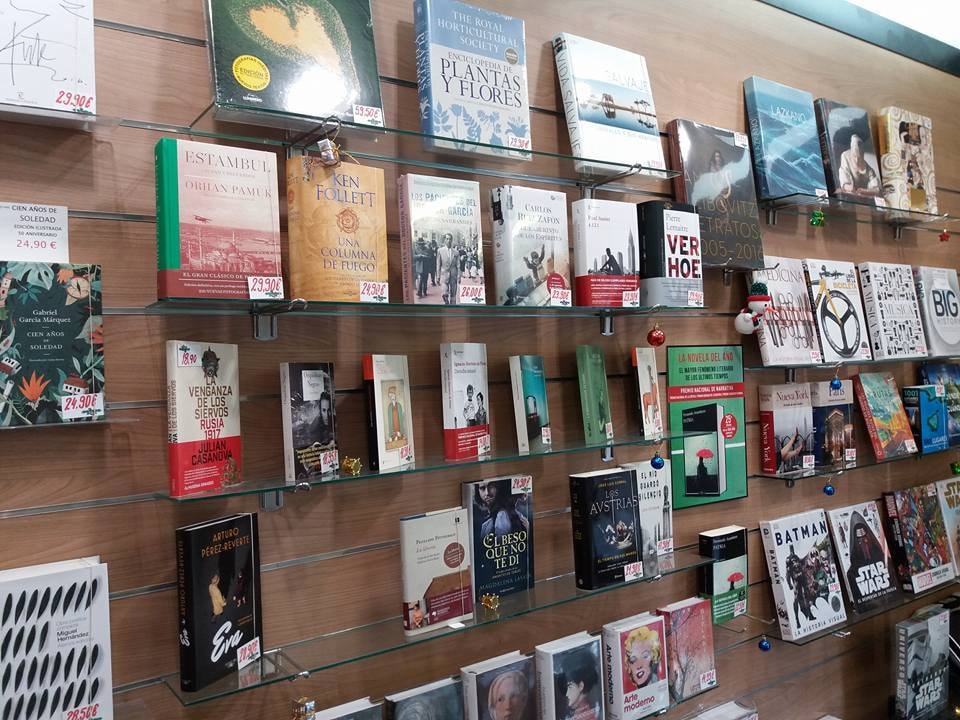 Bookstore
Librería General, Zaragoza | Courtesy of Librería General, Zaragoza
The oldest bookshop in the city, Librería General is also one of the biggest, covering five whole floors. Each floor is dedicated to a different genre, for example on the first floor you can find books dedicated to hobbies such as cinema, music, crafts, cooking and photography, as well as great kids’ corner. It’s also an excellent store for students, with the basement being dedicated to text books, stationery, education and language books.
More Info
Open In Google Maps
Plaza Aragón, Zaragoza, Aragón, 50004, Spain
+34976224483
Visit website

Bookstore, Store
Courtesy of Libreria Central, Zaragoza
As the name suggests Librería Central is very centrally located, and is a great comprehensive bookstore. Founded in 1981, it stocks both national and international books and has in total 491,000 reference books available – 215,000 of which are in stock. They specialise in books on humanities, language and travel, as well as kids’ books. The store also sells stationery, games and software, and has a cultural room for events.
More Info
Open In Google Maps
34 Calle de Corona de Aragón, Zaragoza, Aragón, 50009, Spain
+34976354165
Visit website