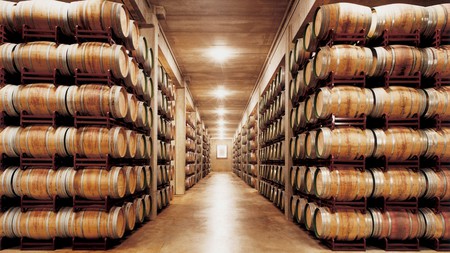 The wine region of La Rioja has a storied history combined with a strong design heritage, and there are a plethora of full-bodied places to stay – here’s a rundown of the best, bookable with Culture Trip.

With more than 500 wineries squeezed into one of Spain’s smallest regions, it’s no surprise that el vino is a major draw for visitors to La Rioja. But beyond the vineyards, there’s plenty to explore, from sleepy rural villages to dramatic mountain ranges, Unesco-adored architecture and lashings of outstanding local gastronomy. 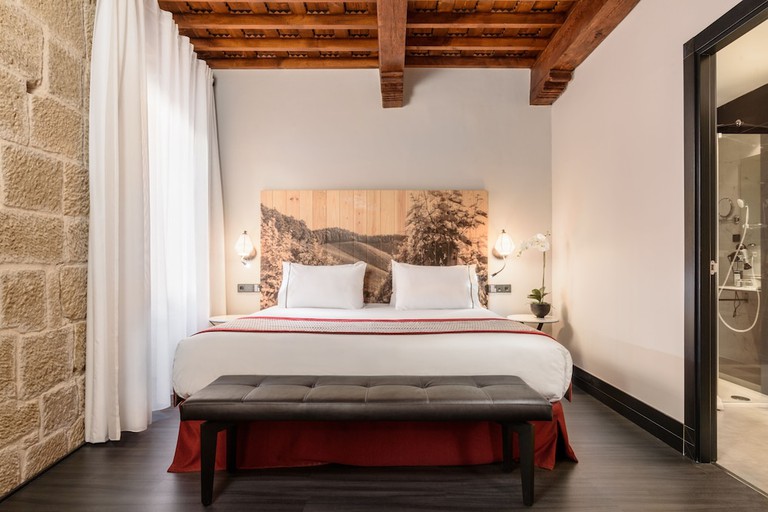 Set on a quiet cobbled lane on the edge of Logroño old town, the Eurostars Fuerte Ruavieja is just steps from the city’s leafy riverside parkland and historic centre. Exposed stone walls are a reminder of the building’s historic credentials, albeit with a thoroughly modern update throughout. Plush red velvet lends rooms a touch of lavishness, as does the shimmering mosaic in the hotel’s bijou spa, complete with massage pool, sauna and hammam. 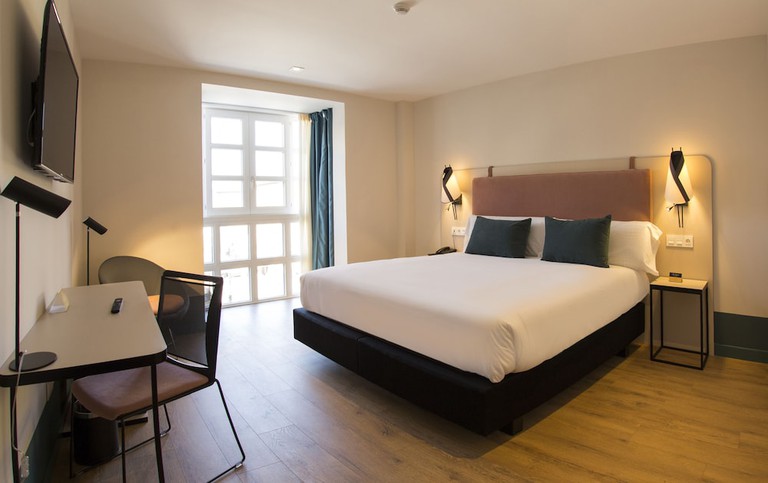 Named after the pretty main square it overlooks, Hotel Plaza de la Paz offers simple, tastefully modernised lodgings in the heart of Haro. The boutique hotel has just 16 rooms, each smartly updated and most of them overlooking the plaza. While there’s no restaurant on site, the location puts all the town’s best dining options within a short stroll. If you’re arriving by hire car, there’s free parking nearby, too. 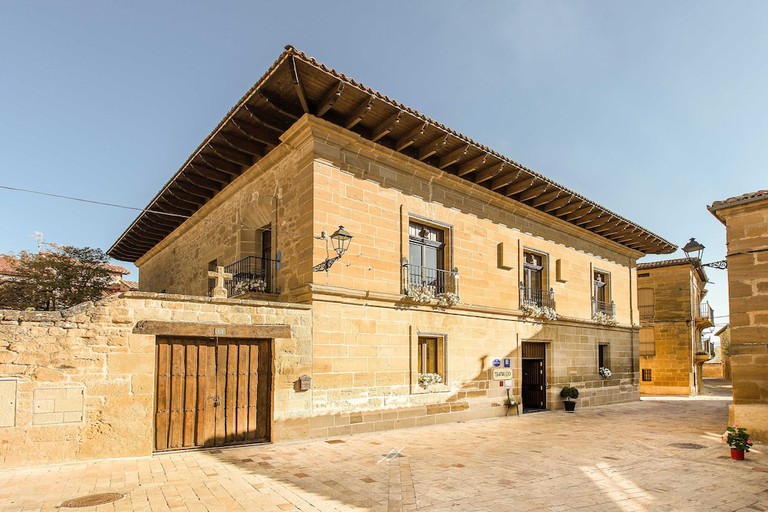 Occupying a 17th-century mansion in the centre of the small village of Cuzcurrita, Rusticae Hotel Teatrisso draws much of its character from its former incarnation as a movie theatre. Guest rooms are dotted with references to its cinematic past, alongside original architectural touches such as beamed ceilings and stone-arch windows. Breakfast is served in a cosy dining room, plus there’s an honesty bar and a pretty courtyard where you can enjoy your tipple in the sun. 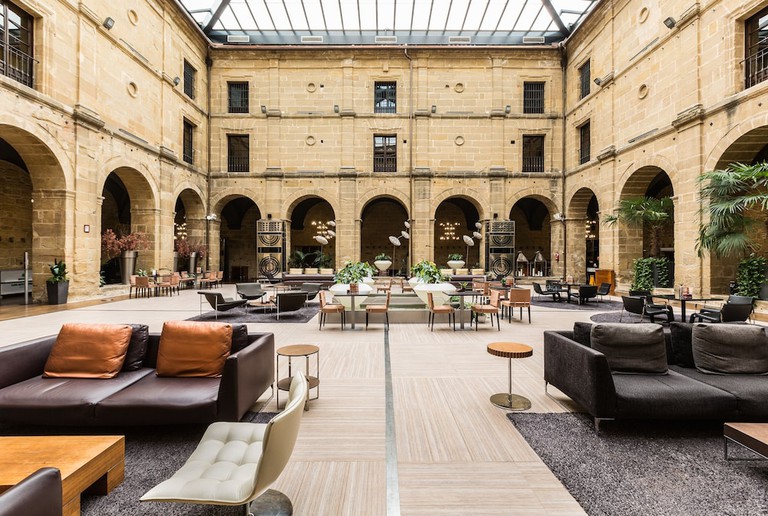 With roots dating back to the 14th century, Eurostars Los Agustinos has seen life as a convent, military barracks, hospital and even a prison before before becoming a hotel. From its lofty vaulted ceilings to antique tapestries, this property indeed feels flush with history, though artfully modernised in just the right places. On the fringe of Haro’s casco antiguo, all the town’s sights and eateries are within a short strolling distance. Don’t miss the hotel’s own El Claustro restaurant, however – it’s considered one of the area’s best. 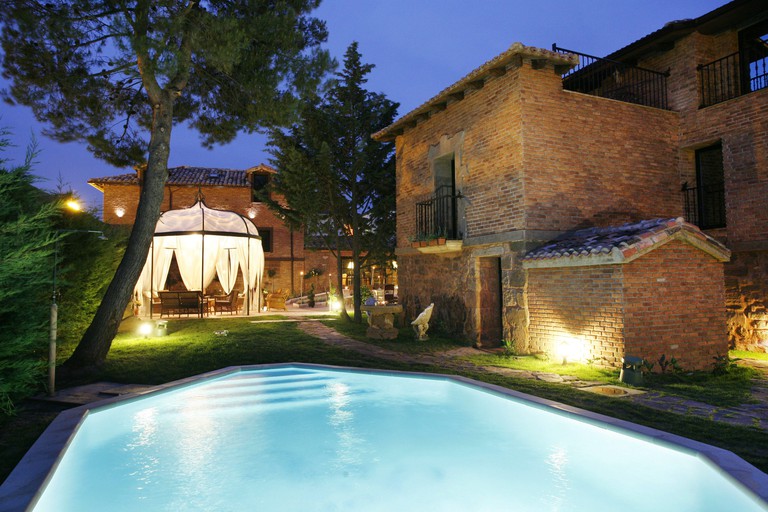 The small town of Azofra is just off the Camino de Santiago pilgrimage route, and this romantic and charming hotel is set in a 17th-century palace, it’s rooms fit for royalty with princessy beds (minus the pea), elegant soft furnishings, comfortable armchairs, grand wardrobes and marble bathrooms. There’s a cosy pub-like bar area in which to try the local wines and a sophisticated restaurant for an intimate meal. The hotel also has an outdoor saltwater pool. 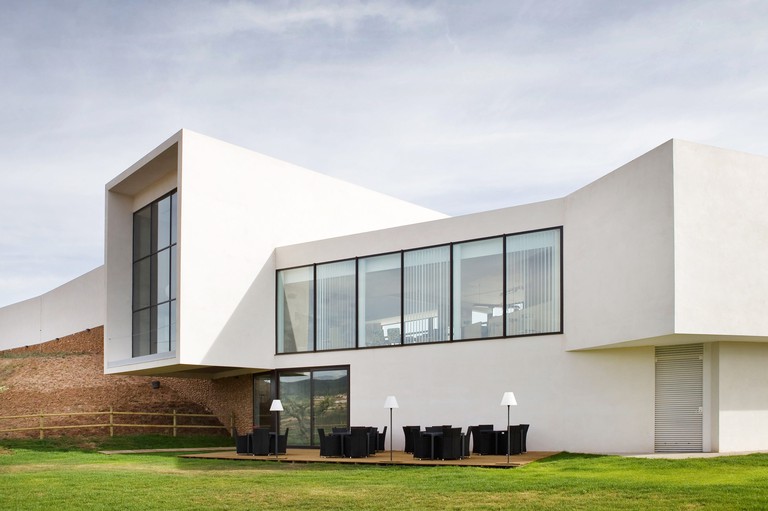 A dedicated wine hotel, Finca de los Arandinos is a modern and contemporary place to stay, just south of Logroño. Minimalist yet elegant, all its rooms afford spectacular views over the surrounding vineyards and olive groves. A working winery itself, the hotel also offers tours of its production rooms and cellars, as well as tastings. And with great wine comes great food – the on-site Tierra Restaurant prides itself on local quality produce and its zero-kilometre concept. As well as its wine activities and gourmet offerings, Finca de los Arandinos also has a spa, with a menu of relaxing and indulgent treatments. 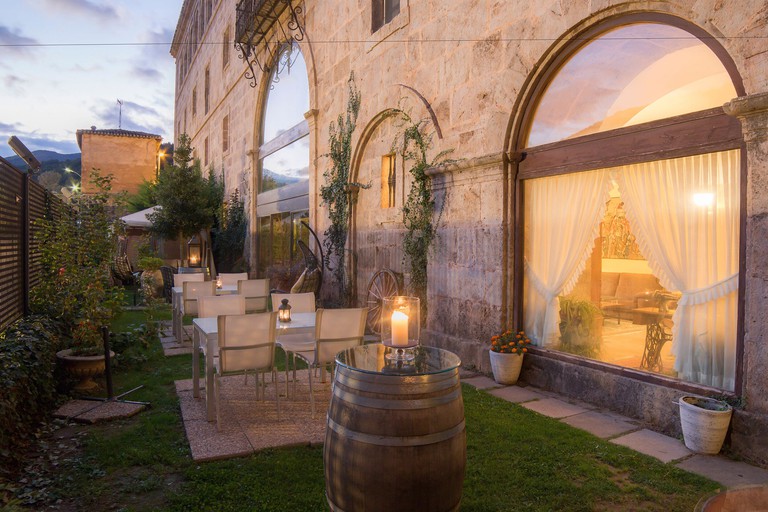 You’ll be staying inside a piece of history if you choose the Hostería San Millán, located within the Unesco-listed Monastery of San Millán de Yuso, which aided in the development of the Spanish language. Surrounded by ancient stone walls, the hotel features 25 cosy rooms decorated in warm terracotta tones, and through the arched windows are magnificent views over the whole monastery complex. Wine and gastronomy play big roles at the hotel, where you can sample traditional Riojan cuisine, along with excellent wines. 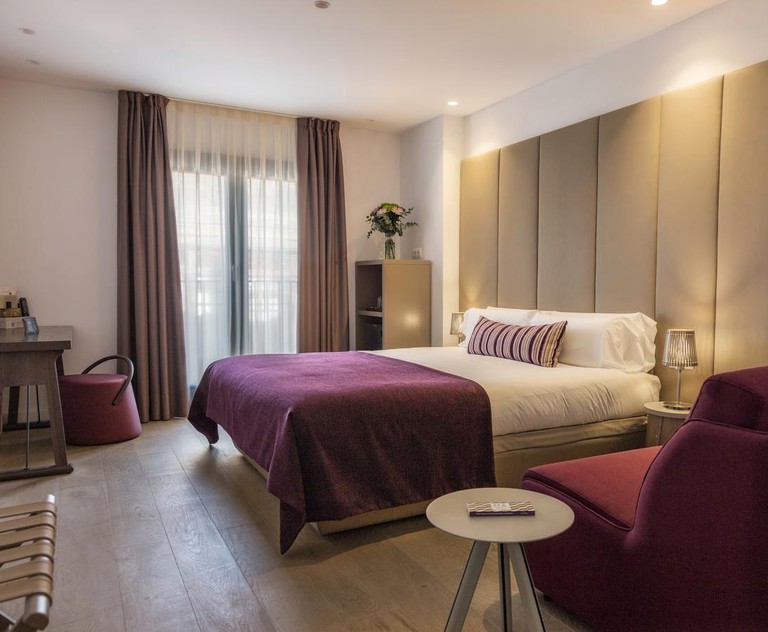 Logroño is the capital of La Rioja and Hotel Calle Mayor fills a 16th-century palace in the historic centre of the city. While the building has undergone a complete renovation, it retains historical features such as carved pillars, wood-beamed ceilings and stone-arched doorways. Rooms are contemporary and light, featuring minimalistic design and pastel colours. The hotel offers a breakfast buffet each morning, as well as a lounge area for relaxation. Although there’s no restaurant, it’s a short walk from the famous foodie street of Calle del Laurel. 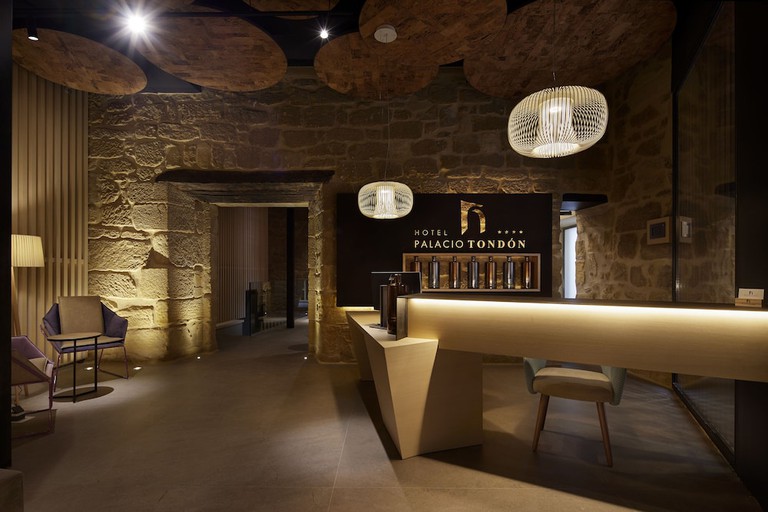 Located in the town of Briñas, along the River Ebro, the Hotel Palacio Tondón offers guests a combination of luxury, design and history. Set in a former 16th-century palace, it mixes original features such as exposed stone with glass and wood, resulting in a stylish design. Cosy yet luxurious, the rooms offer incredible views of either the river or the Tondón vineyards beyond. There’s also a wine bar and a restaurant, which serves modern gastronomy using local and seasonal produce. 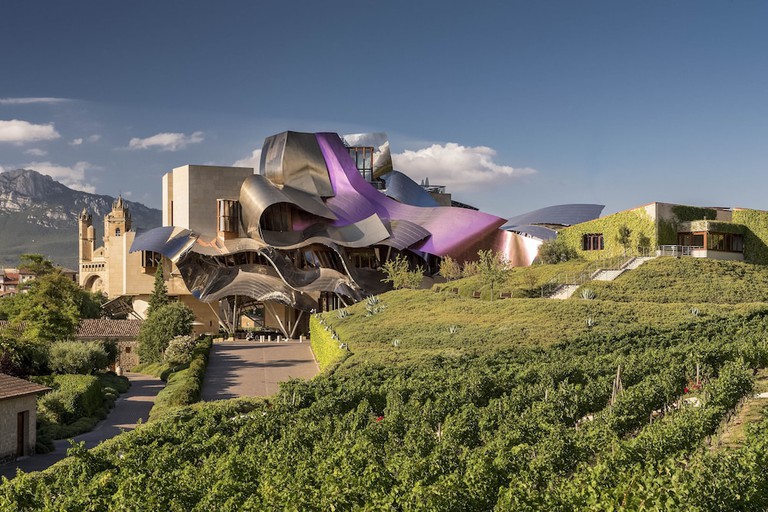 The Hotel Marqués de Riscal is undoubtedly one of the most amazing hotels in La Rioja. Designed by architect Frank Gehry, it mimics his design for Bilbao’s Guggenheim, with its sheets of curved titanium and twisted metal. It lies on the world-renowned Vinos de los Herederos del Marqués de Riscal wine estate, surrounded by vineyards and the historic 150-year-old bodega, where the wines are made. With just 43 rooms, it has an exclusive and intimate feel. For relaxation, guests can read beside the library’s open fireplace, or visit the spa to enjoy wine-therapy treatments. There is, of course, a sophisticated wine bar, as well as two restaurants. The food at the Restaurante Marqués de Riscal is so good that it was awarded a Michelin star. 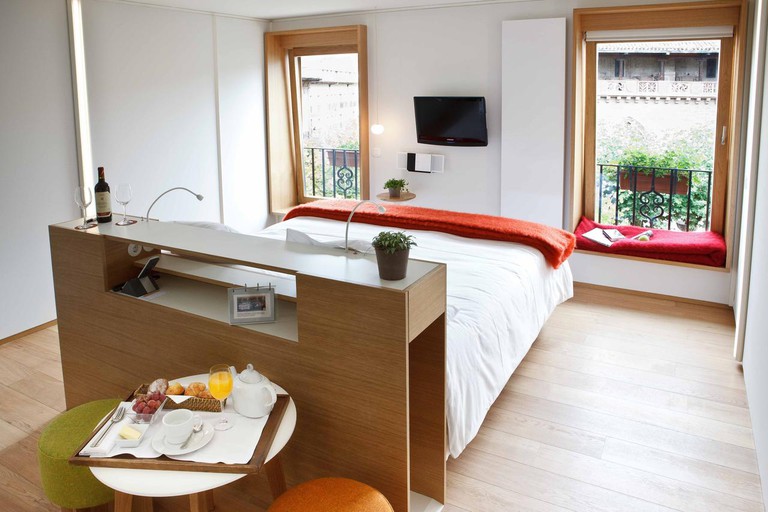 In the village of Ezcaray sits one of the best gastronomic hotels in the region – the Echaurren Hotel Gastronómico. A Relais & Châteaux property, it combines sumptuous rooms with not one but four places to dine, including a traditional restaurant, a tapas bar and a bistro. The highlight, however, is the gourmet two-Michelin-star El Portal, run by chef Francis Paniego. The hotel is a short drive from the Vivanco Museum of Wine Culture and the town of Haro, which is home to many century-old wineries. 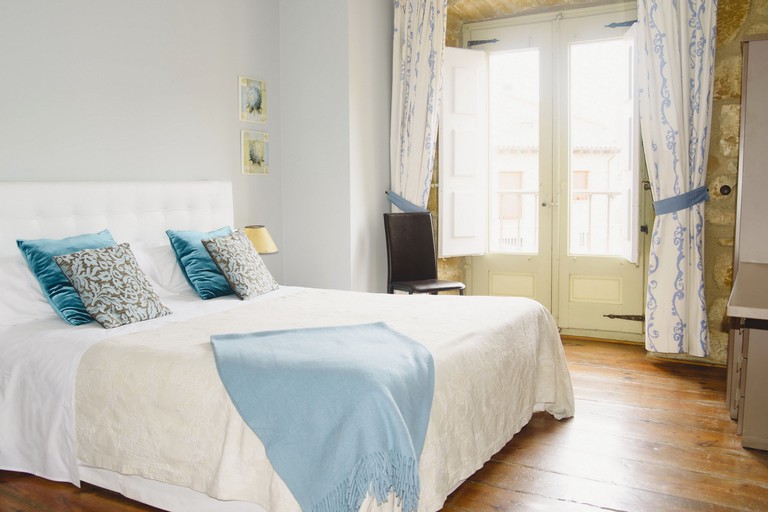 You’ll find the Hospedería Señorio de Briñas in the village of Briñas, on the banks of the River Ebro. Despite its name, it’s not anything like a hostel, but rather a cosy and luxurious hotel – among the first rural hotels in La Rioja. It’s filled with original chunky wooden beams, old stonework and elegant antique furniture. Charming and rustic, some rooms also feature luxurious extras such as jacuzzis, dressing tables and chandeliers. There’s also a relaxing spa and a stylish restaurant. 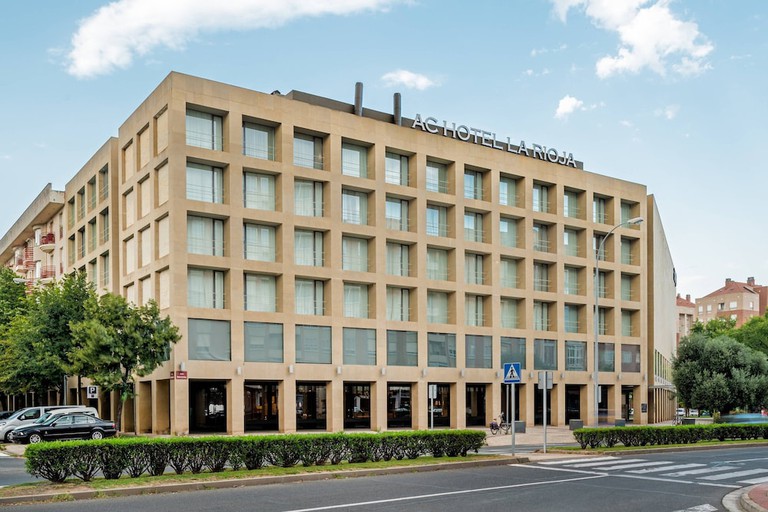 Located in Logroño and founded by Spanish hotelier Antonio Catalán, this four-star hotel is part of the Marriott line and provides a comfortable stay near vineyards and urban pintxos establishments. Bordering the Basque Country, the city has excellent food stalls in the old part of town, with its quaint labyrinth of balconied buildings, and is also near many wineries. The hotel features a fitness centre with a Turkish bath and sauna, spacious rooms and a lounge that serves local dishes and tapas, in addition to an ample breakfast. 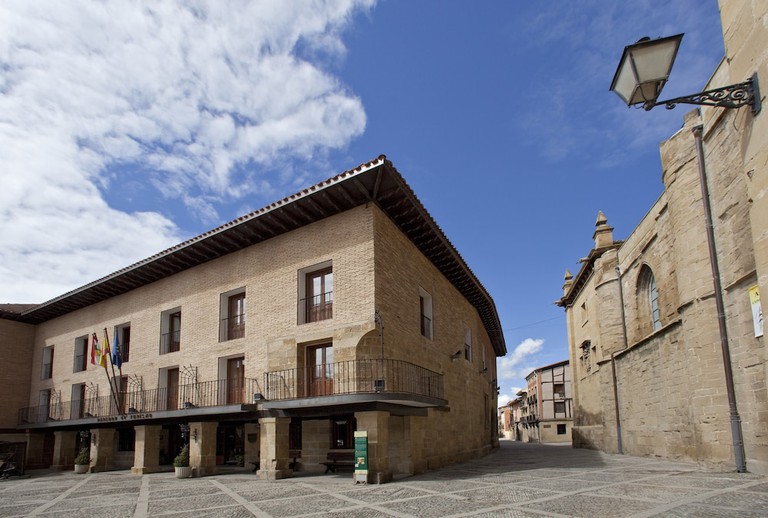 Part of Spain’s prestigious collection of hotels set in historic monuments, the Parador de Santo Domingo de la Calzada occupies a former 12th-century hospital. Located in the town of Santo Domingo de la Calzada, the hospital was created by St Dominic to house pilgrims walking the Camino de Santiago trail and to tend to their injuries. Elegant Gothic arches and wooden coffered ceilings in the public areas combine with antique furniture and four-poster beds in the bedrooms. With its grand deçor and refined dishes, the sumptuous hotel restaurant will make you feel as if you’re dining in a Medieval palace.