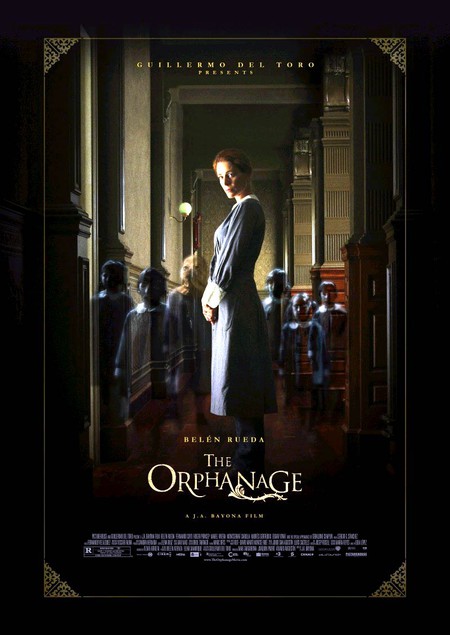 Excitement, nostalgia, happiness, disappointment, tears of joy, laughter and sorrow; emotions that talented actors and actresses are able to successfully convey on the big screen, are present in real life at the Academy Awards ceremony held yearly in Los Angeles since 1929. Spain has submitted a nominee for the category of Best Foreign Language Film ever since an Oscar for that category was first handed out in 1956. Let’s take a look at some of the best Spanish films that were submitted as nominees to the world-famous ceremony.

Deep as the sea dwells the suffering and the emotions of the main protagonist, Ramón Sampedro (Javier Bardem). Based on a true story, Sampedro fought 30 long years for his right to die with dignity through euthanasia. The film was nominated for the Best Foreign Language Film at the Oscar gala in February 2005 winning the category. And rightly so, we must admit.

From Luis Buñuel, the father of cinematic surrealism, comes a film of extreme extravaganza; That Obscure Object of Desire is no exception to the rule of Buñuel’s rather eccentric vision on film-making. Anyone who has watched Buñuel’s features might be able to tell why his movie-making style is so unique: due to the director’s tendency to mock regular behavior while turning things upside down and giving his films a full flavor of sarcasm. Buñuel managed to create yet another masterpiece nominated at the 50th Academy Awards. However, the prize that year went to Madame Rosa from the neighboring France. Oh, so close.

When Spanish soldier Fernando gives in to his rather un-patriotic feelings and flees the war to the countryside in 1930s’ Spain, he finds himself surrounded by four beautiful women who all have two things in common: they all fancy Fernando and they all share the same father. Perhaps needless to state that these are the ingredients for a fiery, romantic and (naturally) fully loaded drama-comedy. The film won an Oscar at the 66th Academy Awards.

Pedro Almodóvar, probably the most acclaimed Spanish director since Luis Buñuel, wrote and directed this touching drama that instantly became an international success and (rightfully) brought home an Oscar at the 72nd ceremony. The film follows the story of devastated Manuela, who is dealing with the tragedy of losing her son in a road accident. All About My Mother touches on topics of life and death in a rather typical ‘Almodóvarian’ way, and is not likely to leave the watcher cold-hearted.

Even The Rain follows the story of a movie crew that arrives to Bolivia to shoot a film about Christopher Columbus, the famous explorer who arrived to the ‘New World.’ Things start to get heated when the local community rises up against plans to privatize the town’s water supply, where ‘even the rain’ would require payment. The feature made it to the January Shortlist of Academy Awards but was sadly never nominated. A brilliant and touching movie, nevertheless, and most certainly worth the watch.

Directed by Barcelona-born J.A. Bayona and produced by Guillermo del Toro, The Orphanage is a true nail-biter from start to end. When Laura (Belén Rueda) returns to her childhood home with her husband and her adopted son Simón, she starts to notice not everything is in its right place; Simón is able to see an imaginary, masked friend who turns out to be much more than just a creation of child’s fantasy… The film was submitted as Spain’s nominee for the 80th Academy Awards but missed the nomination. The film received seven Goya awards in its homeland and was praised overseas for its brilliant acting and direction. Not the best, but surely not the worst in the genre of scary flicks.