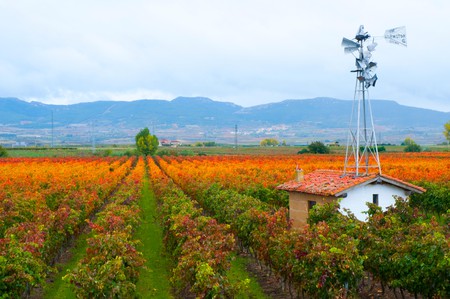 La Rioja in Spain is dotted with vineyards, such as this one in Haro | © Maria Galan / Alamy Stock Photo

The region of La Rioja in Spain is as rich and full-bodied as the wines that bear its name. It’s a place to hop from vineyard to vineyard while staying in handsome boutique hotels and country houses that make a feature of La Rioja’s rich history and culture. We’ve rounded up the best for you, which you can now book with Culture Trip.

The hills around the region are painted in green crosshatches by neat rows of grapevines, interspersed with historic market towns, tidy stone villages and churches that were once waypoints on Medieval pilgrim trails. Discover La Rioja now, and make one of the charming boutique hotels below your base. 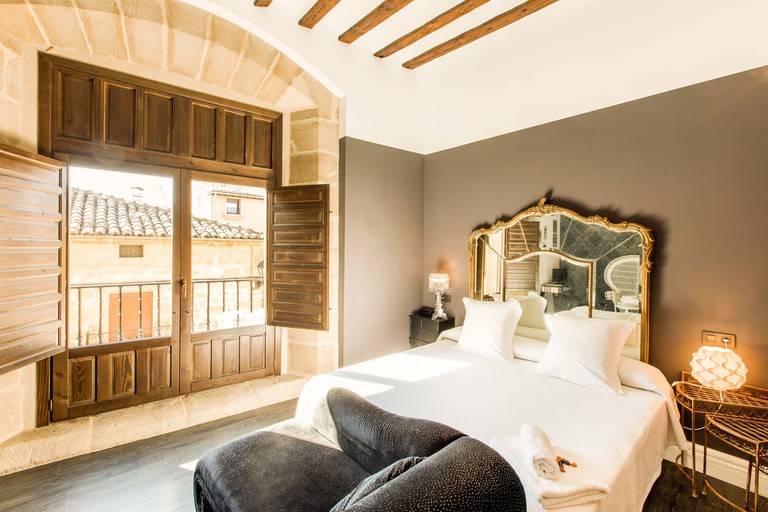 There’s a hint of theatre about Hospedería Teatrisso – and it’s not just the painted stage curtains behind the beds. No two rooms are alike at this quirky boutique hotel, but each is decorated with a cinematic flourish: exotic upholstery, sinuous metal furniture, four-poster beds and exposed 17th-century timbers. Stone-framed windows with wooden shutters hint at the building’s ancient history, but design hotel features like free-standing roll-top baths and red velvet couches add an almost Wes Anderson design sensibility. 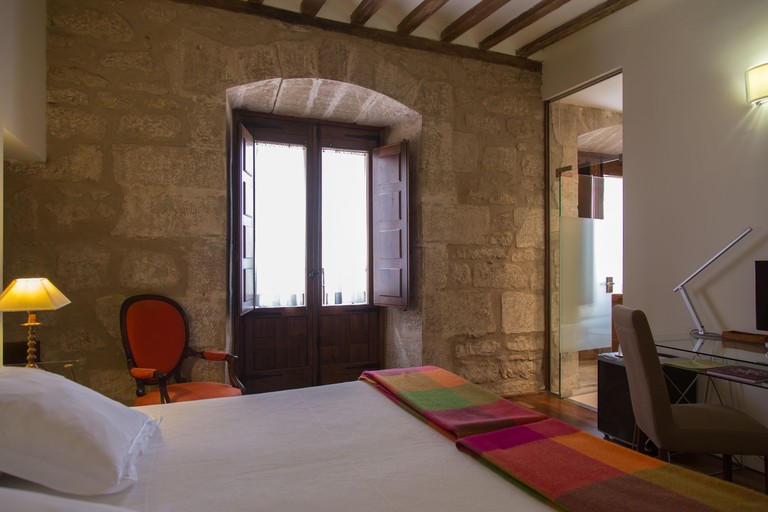 A late 18th-century baroque mansion has been given new life at La Capellania. This handsome stone building in the hill village of San Asensio – known for its crisp rosé wines – is filled with understated rooms that mix modern style with relics from the hotel’s long history. Tall ceilings and stone-framed windows create a vaguely monastic mood – appropriate, as the house was built for the village priest. It’s a great base for exploring the La Rioja vineyards, which start right on the village outskirts. 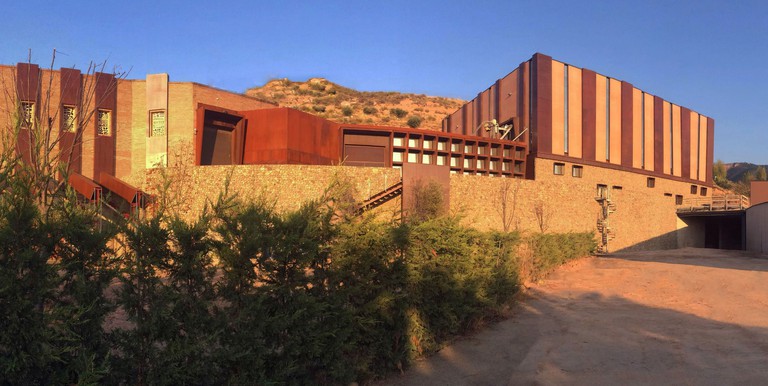 This updated Rioja vineyard riffs on traditional themes, but the experience is teleported to the modern age with wood-floored rooms that invite you to linger, decorated in colours borrowed from the grapevines draped over the hillsides around the hotel. The sprawling brick-and-stone building is a modern creation, but taste the wines, and you’ll realise that Casa del Cofrade is still an old-fashioned bodega at heart. Appropriately, a bottle of house red waits to set the mood from the moment you check in. 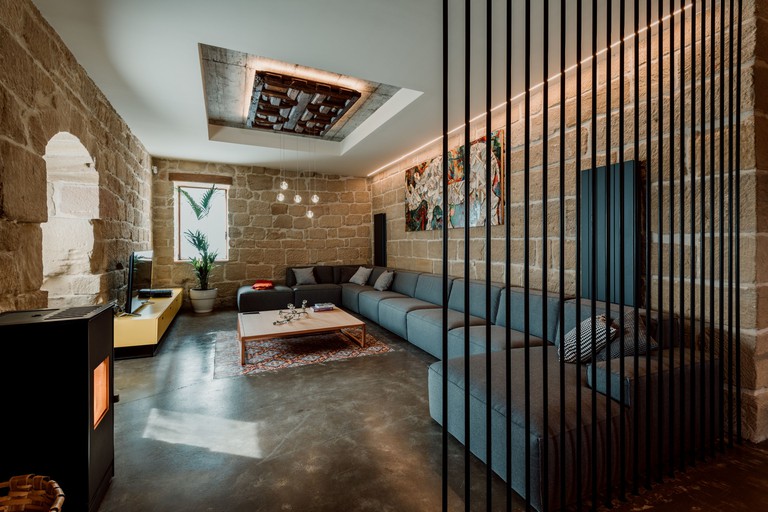 Hand-cut stone blocks emerge from the walls on all sides in this handsome former palace, once the home of Don Pedro Ruiz del Castillo, founder of the city of Mendoza in Argentina. The conquistador’s carved coat of arms still proudly adorns the hotel frontage, and, staying in these elegant, luxe-rustic rooms, with views out onto lush hills, you may wonder why he ever left the hushed hillside village of Villalba de Rioja. 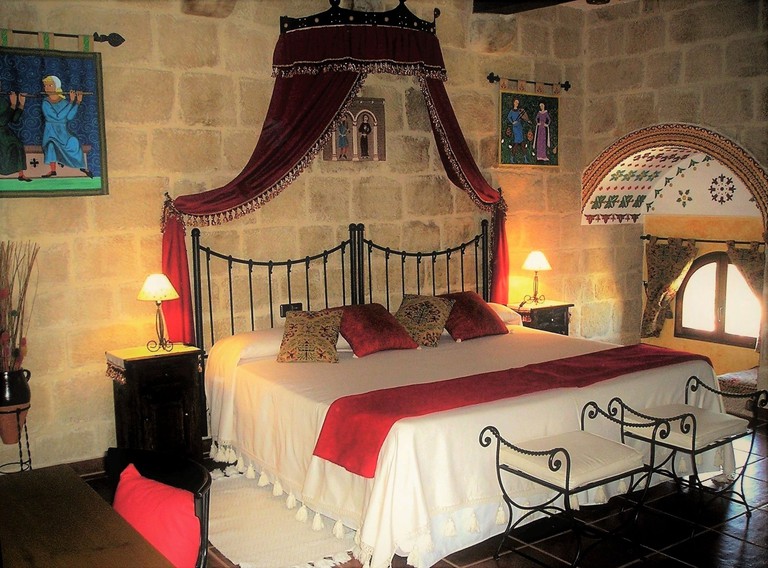 Medieval history spills out of the La Rioja hills, but Torre Fuerte takes the idea and runs with it, filling its rooms with murals, tapestry curtains, dangling flags, painted plaster, stained glass and candle-style sconces. It feels a bit like going backstage at a Medieval mystery play, but the stone building is the real deal: a 13th-century gothic tower rising above the winding streets of Baños de Rioja, in the heart of wine country. 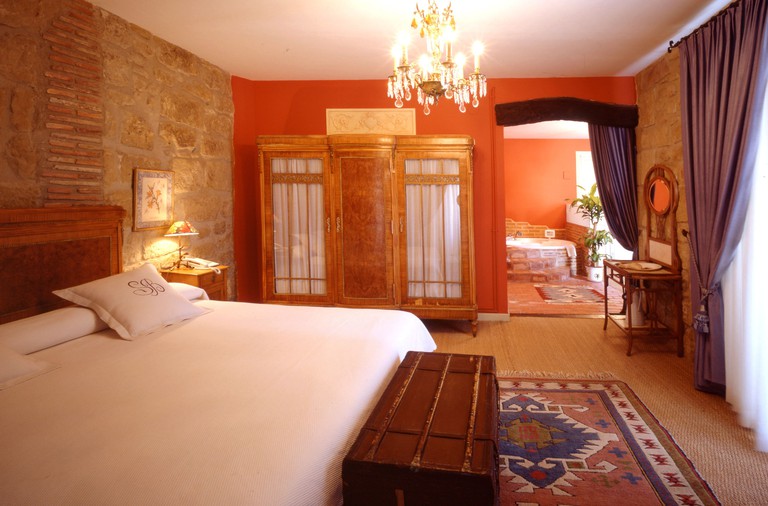 The grand stone villa Señorio de Briñas is a gorgeous old-timer, built as a palace for a Rioja nobleman in the 18th century. Stepping through the front door, you’ll be greeted by hand-hewn timbers, exposed stonework and bathtubs set into brick plinths like Roman baths. Some rooms are executed with period flair; others blend sleek modernity with original features. With palate-tickling food and wine and a small onsite spa, it’s a bona fide La Rioja escape. 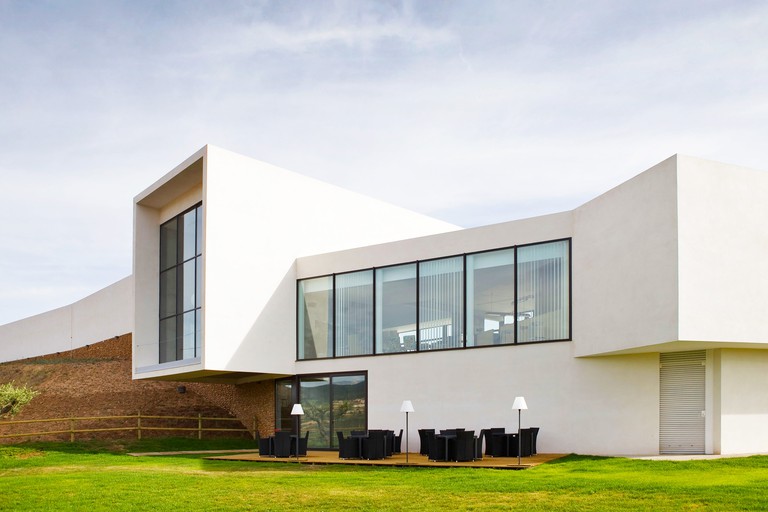 Bucking the usual design trends, Finca de los Arandinos offers sleek modernist lines and industrial materials in place of exposed stone and timbers. Floor-to-ceiling windows frame big views over the Rioja countryside, from a building that wouldn’t look out of place as an international art gallery. Open-plan bedrooms are partitioned into chic living spaces, with balconies that take full advantage of the vista. There’s a winery – of course – and you can enjoy fine Spanish gastronomy in the dining room or out on the grounds. 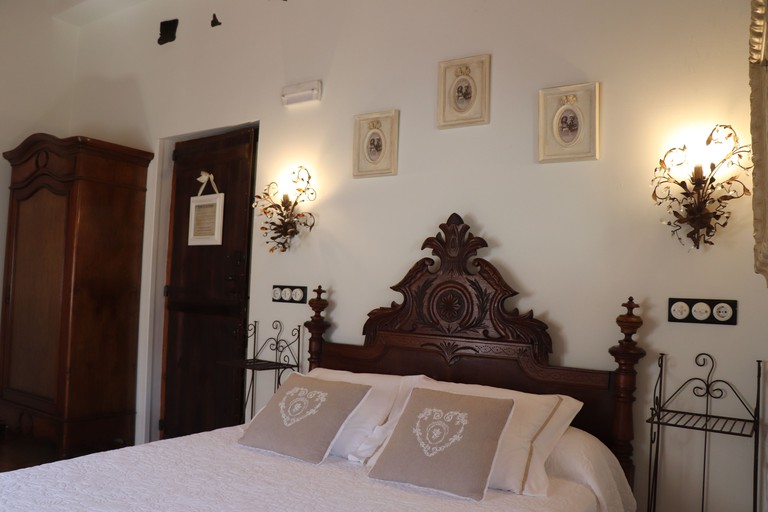 The modern and the Medieval fuse perfectly at Posada de Sajazarra, set in the rock-walled village of Sajazarra, with its circle of flanking vineyards. The 19th-century building has been an inn for centuries, but the design magazine-worthy interiors are a modern addition, giving Medieval themes a revamp for the modern age – think heirloom furniture, designer sconces and cherubs on the walls. Set in one of the most charming wine villages in La Rioja, it’s an impressive stay.

World-famous wine is just one of the reasons why you should visit La Rioja, but, there is so much more for you to explore. With our expert guidance, it’s easy to find a great hotel that fits all of your needs – or a stunning luxury hotel as a treat. Best of all, you can book right here on Culture Trip. After a long day, there’s no better way to relax than with a delicious meal at one of the best traditional restaurants in La Rioja and a glass of wine at one of the best wine bars around.