The Best Beaches in Barcelona Accessible by Public Transport 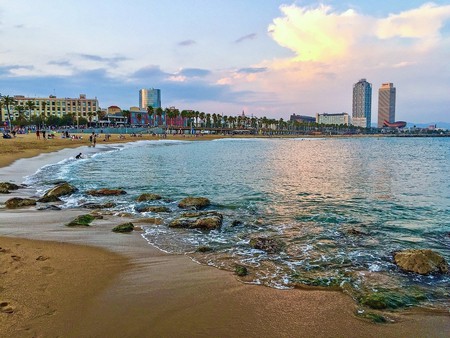 A trip to the beach can be a great idea whatever the time of year: long romantic strolls on the beach in winter, a lazy day of sunbathing in the summer or a game of volleyball in the spring. The advantage of Barcelona is that there a number of fantastic beaches that can be accessed by public transport, making it even easier to soak up the seaside atmosphere.

The easiest of the Barcelona beaches to get to, Barceloneta Beach is located alongside the neighbourhood of the same name, on the doorstep of the Gothic Quarter and El Born neighbourhoods. This also makes it the city’s busiest beach and is especially popular with tourists owing to its proximity to the city centre. However, it’s ideal if you have just a few hours to spare and want to enjoy the sea breeze before getting back to some sightseeing.

Once part of the Barceloneta beach, Somorrostro Beach was renamed by the local council in remembrance of the shanty town that used to stand in its place. Today, the beach is surrounded by glitzy nightclubs, trendy bars and luxury hotels overlooking the Port Olympic. The beach can be busy and relatively noisy in the summer but if you like the idea of being able to go straight from the beach to the bar to the club then Somorrostro offers just that.

To get there: a ten-minute walk from metro Barceloneta (L4) or metro Ciutadella | Villa Olimpica (L4) 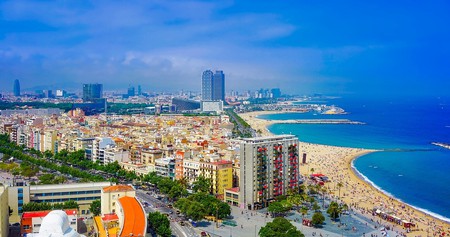 This is one of the most popular beaches for locals looking to escape the crowds in the summer. Located on the edges of the city, near the Poblenou neighbourhood, Bogatell Beach has a more laid-back atmosphere and is popular with those in their twenties and thirties as well as solo bathers. In the summer, there are beach bars along the beach offering refreshments, and there are beach volley nets open to the public.

Located south of the city, Castelldefels Beach is just a 15-minute train ride from Barcelona with regular train services from Plaça Catalunya and the Sants Train Station. The beach in Castelldefels is a lot wider than the beaches in Barcelona and has some pleasant vistas of the surrounding hillside and coastline. Popular with Barcelona locals, the beach can get busy in the summertime, but it has a fun atmosphere with plenty of room for ball games and picnics. 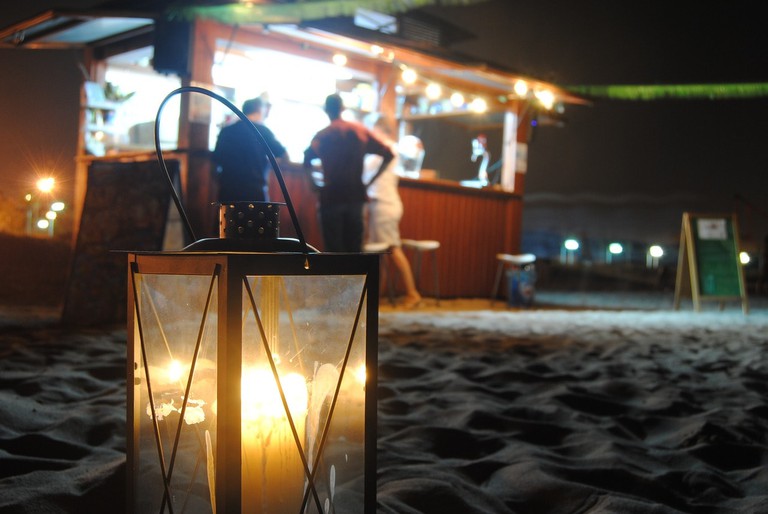 Not a fan of tanning lines? Mar Bella Beach is a nudist beach located not far from the centre and the Poblenou neighbourhood. The beach is also very popular with the LGBT community and there a number of lively gay-friendly beach bars along the waterfront. During the summer, the weekends are particularly fun with late-night parties taking place on Sundays.

Situated south of Barcelona along the coast, Sitges is a vibrant seaside town with a charming historic town centre and a proud LGBT community. Getting to Sitges by train is easy, and the station is located about ten minutes from the nearest beaches. A popular weekend destination with wealthy Barcelona residents, the town has many restaurants, bars and nightclubs. It also has some great beaches for small children, and there are a number of water-sports centres offering jet skis, paddle-boats and more.

To get there: a ten-minute walk from Sitges train station 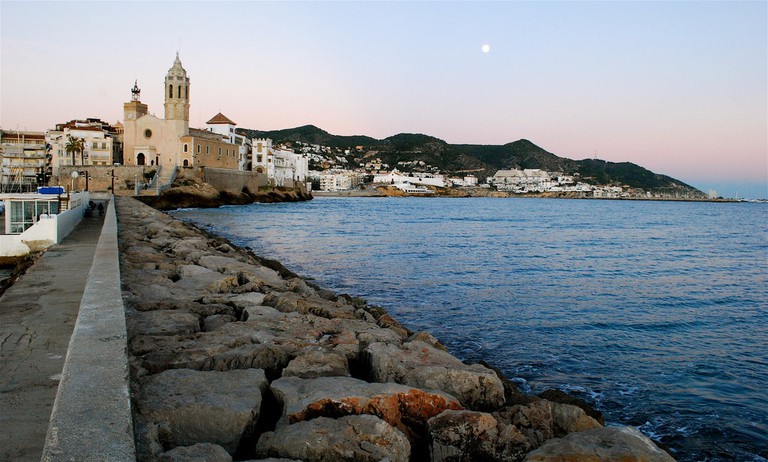