Courtesy of Peter Nayler
Granada’s unofficial status as the bohemian hub of Andalucia means it boasts some superb venues for live music. On offer, besides the local speciality of flamenco, are clubs and bars offering blues, jazz and rock. There are also unbeatable opportunities to see Granada’s emerging and alternative musicians.

The name of this ultra-arty hang out couldn’t be more appropriate: a ‘tertulia’ is a gathering of artists, a kind of symposium in which the ideas flow as well as the booze. La Tertulia has been a staple of cultural life in Granada since the early eighties and its events calendar offers a huge range of live music, poetry readings and literary evenings in a shabby-chic, cosy environment. Situated in the studenty part of the city, just a few minutes´walk from Calle Pedro Antonio, La Tertulia is the place to head if you want to see Granada´s up-and-coming artists.

If you’re after a dose of the blues or acoustic performances, La Liberia is where to head. From the approach, it doesn’t look up to much, the neon sign seems to advertise a far less edifying kind of place and directs you down a flight of scruffy stairs into a small basement bar. Once you´re in though, you´ll find a cool, super-friendly venue which hosts some of the best live blues and rock to be found in Granada. La Liberia also puts on a fair amount of flamenco recitals, that are likely to be much more interesting (and cheaper) than those on offer in the touristy theatres around Plaza Nueva. 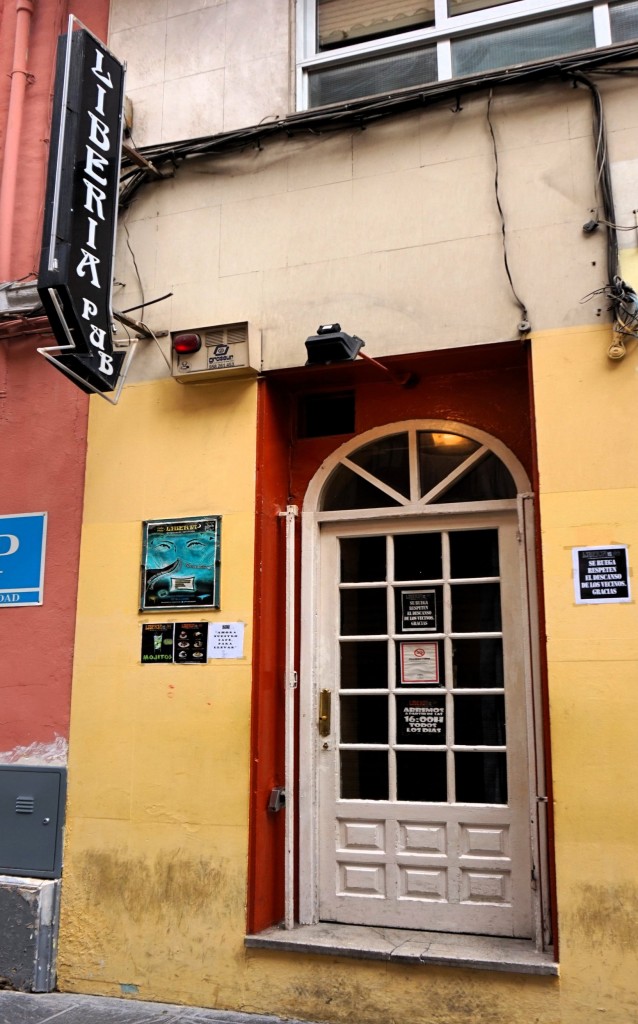 There is one superb live flamenco bar near Plaza Nueva. If you head down the achingly romantic Carrera del Darro in the direction of Albaicín, keep an eye out on your left for this tiny venue, which hosts two or three performances every night by local flamenco artists. The setting is in a low-ceilinged cave which holds no more than about thirty people and if you sit in the front row the dancers’ dresses will graze your face as they swirl and stamp on the small wooden stage. You often see the guitarists who perform at Chien Andalou wandering around the backstreets of Albaicín carrying their guitar cases, so you can be assured this is authentic, local flamenco. And if you´re wondering about the name, it’s a reference to the surrealist short film by Luis Bunel and Salvador Dali, released in 1929. 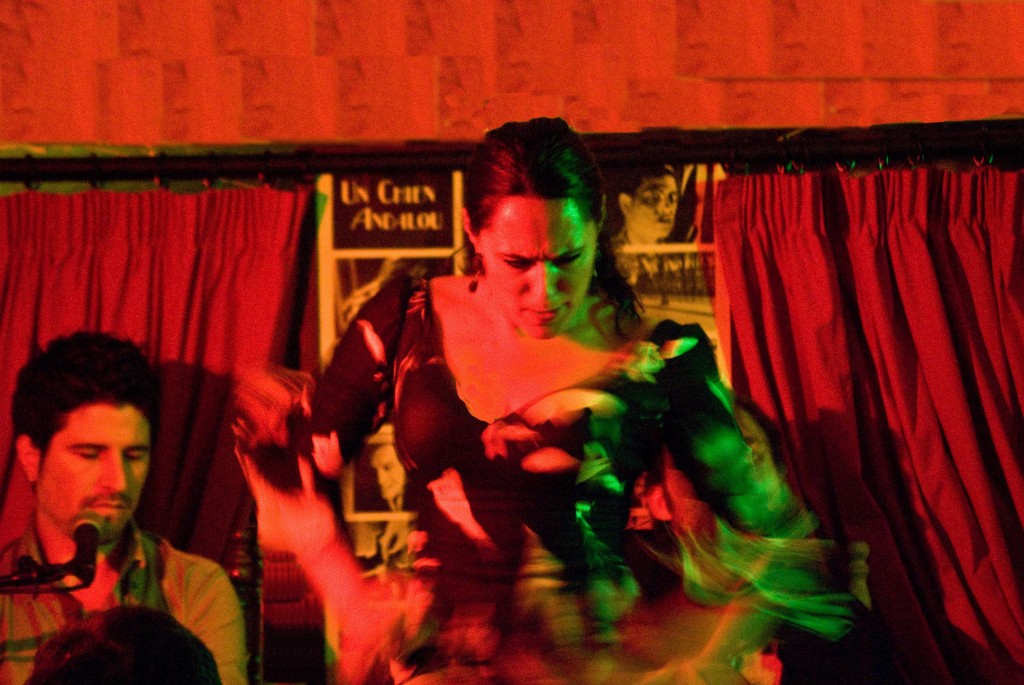 Flamenco performances at the Chien Andalou are powerful and intimate; courtesy of Peter Nayler

Hotel
If you’re passing though Granada and want somewhere central and well-priced to stay you couldn’t do much better than Lemon Rock, a bar and hostel a few minutes walk from the cathedral and Gran Via. What makes this quirky joint even better, though, is the quality and range of its live music, particularly the jazz and acoustic performances it hosts several times a week. The ‘stage’, if you can call it that, is in the middle of an internal atrium that has balconies on every level, making it possible to watch the musicians perform from above. This place is very cool indeed, and it knows it.
Looks like it's closed Hours or services may be impacted due to Covid-19
More Info
Open In Google Maps
6 Calle Montalbán, Granada, Andalucía, 18002, Spain
+34958096975
View menu
Visit website
Visit Facebook page
Send an Email
Give us feedback
Give us feedback