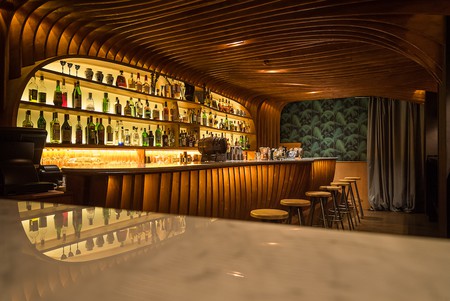 Figures show that Barcelona has more bars per capita than any other European city. If you’re a fan of stylish design and cool interiors then these Barcelona bars should be top on your list of places to check-out. From exclusive members clubs to hip hang-outs, these are some of the best bar interiors to be found in the Catalan capital.

Located just off the famous Passeig de Gracià, El Nacional is one of the most unique bars and restaurants in Barcelona. Housing a total of five different places to eat as well as a trendy cocktail bar, this converted garage has an art-déco feel but with a distinctively modern finish. The high ceilings make room for hanging plants of all sizes and elegant lampshades, as well as the odd cog and wheel – reminiscent of its former life. 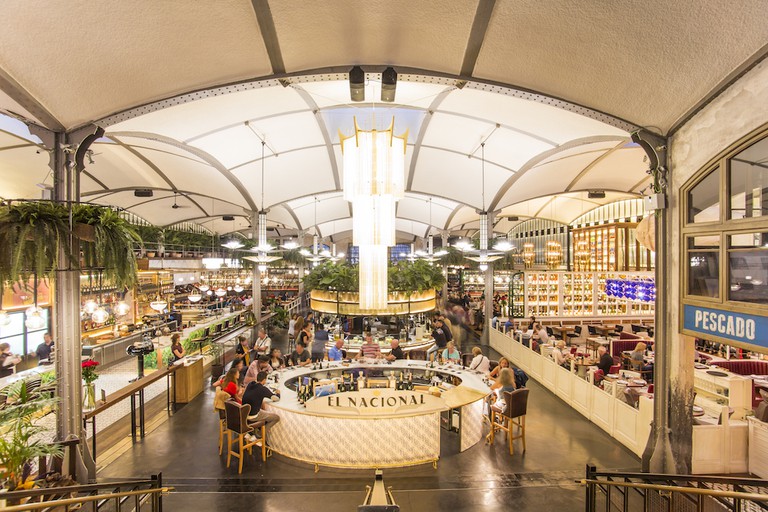 Inside the Blue Wave Bar Photo by Adrià Goula courtesy of El Equipo Creativo
Launched in 2015, One Ocean Club is Barcelona’s most exclusive marina, visited by some of the world’s largest and most prestigious super-yachts. Located inside the marina Port Vell in the heart of the Barceloneta, the Blue Wave Bar was designed to reflect its surroundings – a palette of blues and whites give the impression of being engulfed by waves, while the artisan tiles which cover the venue from floor to ceiling are a reminder of its Mediterranean heritage. The club is a members only club but you can access by invitation or contact them to enquire about membership options.

The first of its kind to open in Spain, Soho House Barcelona is an exclusive members clubs which has rapidly established itself as one of the coolest places to be seen in the city. Located in a former town house in the Gothic Quarter, opposite the marina Port Vell, Soho House also runs a luxury hotel which gives guests access to the club house – otherwise reserved for members only. Combining traditional architectural features – such as the vaulted Catalan ceilings – with a cool modern Mediterranean feel, this is one of the hippest hang-outs in the city. 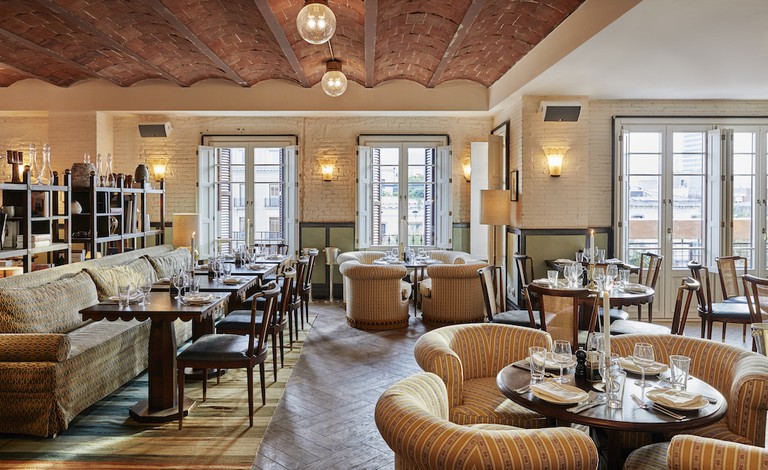 This trendy speakeasy cocktail bar has to be Barcelona’s worse kept secret. From the outside the venue looks like nothing more than the top-notch pastrami sandwich shop that it is – run by the popular Rooftop Smokehouse team – but have a word with the guy behind the counter and if you’re lucky you’ll be let through to El Paradiso. Here you’ll feel like you’ve stepped into another world as you are greeted by wall-to-wall grooved wood panelling and rich wall-papers, complete with bird song playing in the lavatory. 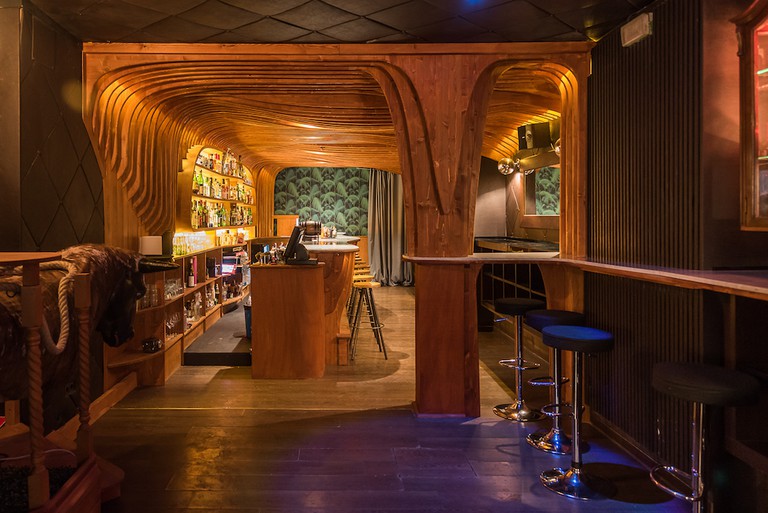 El Velódromo interior | © Moritz Barcelona
Located in the heights of Barcelona on C/ Muntaner, El Velódromo is one the oldest bars in Barcelona, with a long history of welcoming artists and intellectuals of all kinds. Having been shut for a number of years the venue was given new life when it was acquired by local brewery Moritz and given a modern makeover, which revived its old-world charm and preserved the art-déco style. Today the Velódromo is once again full from morning to night –open from 6am to 3am – and has a reputation for serving some of the best tapas in the area. 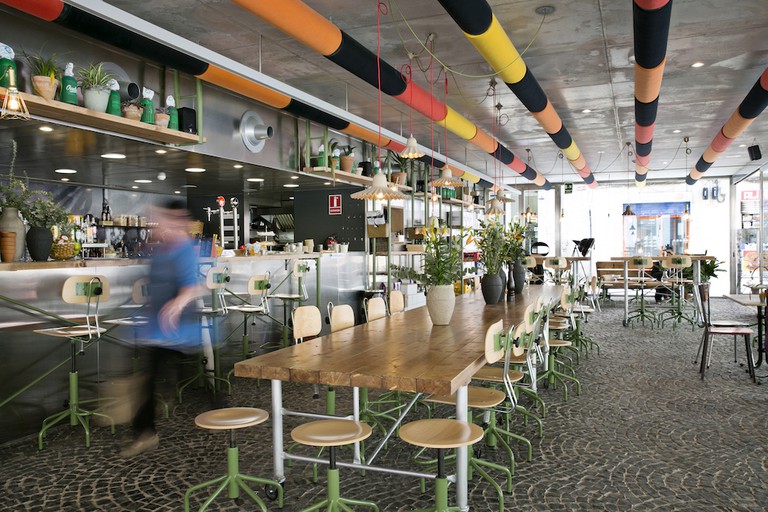 Inside La Monroe | © La Monroe
A visit to La Monroe will plunge you right into the heart of Barcelona’s vibrant El Raval neighbourhood. While the square on which the venue is located is notorious for prostitution and has a slightly seedy underbelly, it’s also home to the city’s Filmoteca – Catalonia’s film archive and a popular cinema. Designed as one large open space which connects directly with its surroundings, La Monroe’s décor is playful and bright and attracts an eclectic crowd.

This is one for the cycling fans out there. El Ciclista is an homage to man’s two-wheeled friend in all its hipster-loving glory. The bar has been kitted out using as many bike parts as possible – think handle-bars, wheels and chains transformed into lamps, stools and more. Located in Barcelona’s hip Gràcia neighbourhood it attracts a young, urban crowd who love the selection of classic and house cocktails on offer.