Besalú: The Spanish Town You’ve Probably Never Heard of but Really Should Visit 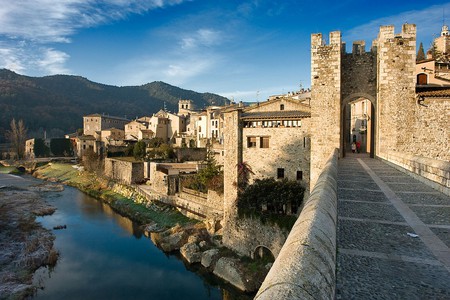 Located north of Barcelona on the edge of the Pyrenees mountains, Besalú is a Medieval town whose charming old town centre will transport you back in history to the time when the county of Besalú reached as far as France. Today the town centre is beautifully preserved and lined with artisan shops, traditional restaurants and basks in the splendour of the La Garrotxa volcanic area.

A hidden gem in Catalonia

The region of Catalonia is home to a number of jaw-dropping Medieval towns and villages, which are often overlooked by visitors who favour the bright lights of Barcelona. The town of Besalú, located in the Garrotxa volcanic area in the foothills of the Pyrenees is one such wonder and has plenty to offer those who make time to visit. 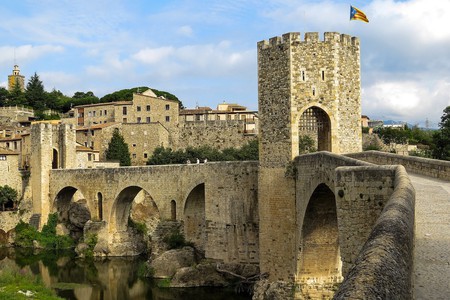 Inhabited since at least the prehistoric era, Besalú’s significance grew during the early Middles Ages, when it acquired the status of an independent municipality in the late 9th century under the influence of Wilfred the Hairy, a powerful Catalan ruler.

Around this time, Besalú thrived and benefitted from its privileged situation at the crossroads of two rivers, the Fluviá and the Capellada. In fact this is how Besalú got its name, derived from the Latin bisuldunum, meaning a fort on a mountain between two rivers. 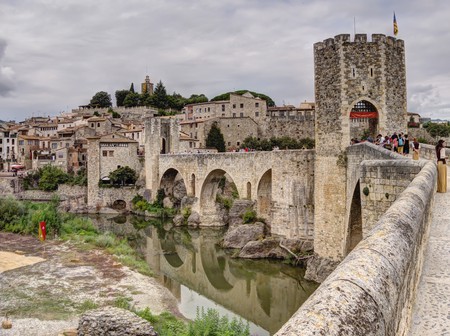 By the turn of the millennium, Besalú was a thriving market town and the centre of one of the most powerful counties in Catalonia. It was around then that Besalú also became home to an important Jewish community which coexisted peacefully with the local Christians and left their mark on the town. Today, many of the Jewish remains are still visible, including the sacred baths, or mikveh, and the foundations of the Jewish quarter.

However, of all the historic landmarks in Besalú, none outshine the spectacular 12th century Romanesque bridge which crosses the river Fluviá and guards the entrance to town. An impressive stone bridge, it is a picture-perfect landmark in itself, as well as being a great spot from which to admire the town. 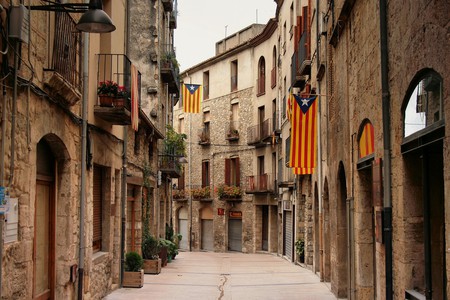 If the town centre is not particularly large, the magic is in the detail at Besalú and you’ll want to take your time to explore its cobbled streets, quiet terraces and ancient landmarks. Only when you slow down and open your eyes to the historic significance of the place will you really get a sense of why Besalú is such a magical place.

Enter the city via the old bridge to relive the daily experience of Besalú’s medieval residents, before wandering through its charming streets and make your way to Plaça de la Llibertat. Along the way you’ll find artisan stores selling ceramics, leatherwear and other local crafts in small boutique stores with stone walls and all the appeal of an Ali Baba’s cave.

The Jewish heritage of Besalú is remarkable, as is the story of the peaceful cohabitation of Jews and Christians in the town until the pogroms of the 14th century. The Jewry is the name given to the ensemble of houses and ceremonial buildings which belonged to the Jewish community at the time. Visit the mikveh and take a guided tour for a detailed explanation of the history of Judaism in the town. 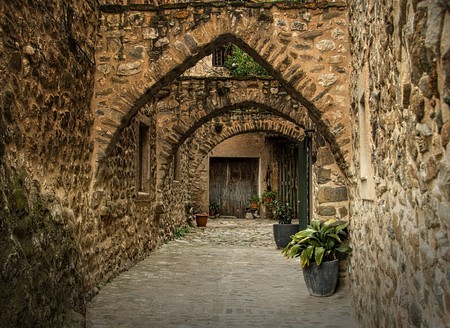 Finally, make sure you visit the grounds around the river, and especially the cultivated gardens which use an ancient irrigation system powered by the water from the rivers. These gardens were once worked by the monks of the Monastery of Sant Pere that overlooks them, while today many are owned and cultivated by local residents.

When it comes to eating in Besalú there are a number of reputed restaurants serving traditional and local cuisine. One such place is the restaurant Pont Vell, which overlooks the old bridge and boasts a romantic outdoor terrace. For a more casual experience, try La BaRtiga for a selection of local meats, cheeses, and aperitifs such as local wines and beers.