Beneath the Veil of Flowers: A Glimpse Inside a Luxury Wine Tour of Andalucia 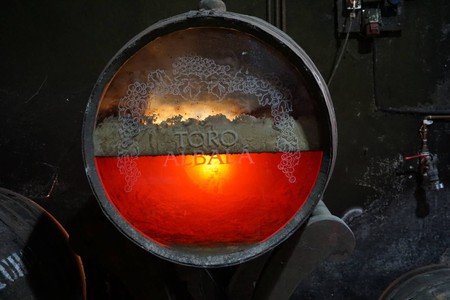 This week, Culture Trip was given a preview of a new wine tour of Andalusia that runs from May 2018. We discovered some of the secrets behind the region’s famous wines and, even better, got to taste them. Read on for a fascinating glimpse into this little-known world.

It doesn’t get much better than this, I thought. I was in a vast, cool building, surrounded by giant oak barrels in the Toro Albalá bodega in Córdoba, Andalusia. Antonio, the quietly authoritative cellar master who was showing me around, had handed me a drink – but this wasn’t just any drink.

In my hand was a 75-year-old fortified wine from a barrel solely for the owners of Toro Albalá, not commercially available. I tasted, with Antonio eagerly watching for my reaction, and it was mind-blowing: woody, smooth and spicy, with an aftertaste that lingered and made another sip irresistible. I duly sipped again (tough job, this), as an animated Antonio reeled off other aspects of the wine’s huge personality to pick up on.

The Toro Albalá bodega – situated amongst the sun-drenched vines and olive groves of Córdoba’s Montilla-Moriles region – has been owned and run by the Romero family since 1922. It is one of five wineries on the itinerary of a new three-night package tour offered by bespoke travel agency Toma & Coe, named after founder Manni Coe. Aptly called “Wonderful Wine Weekends” (WWW), these mini-breaks should be top of the list for anyone who loves or suspects they would love southern Spain: they take in humbling landscapes, the gorgeous towns of Antequera and Ronda and include meals at some of central Andalusia’s best restaurants. Oh – and some surprise treats that I shan’t spoil by mentioning here. 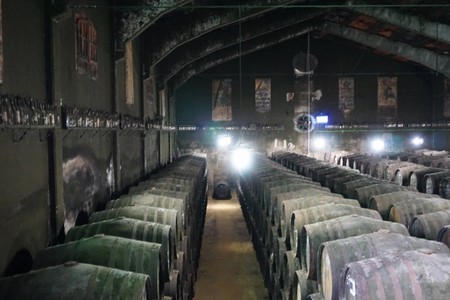 As it turned out, I was wrong in thinking it couldn’t get any better. Still reeling from the explosive flavours of the Romero family tipple, I was led down a sanded aisle of ancient barrels by Antonio. I was handed another drink and casually informed that in 2013 Robert Parker – widely touted as the world’s leading wine expert – had awarded this fortified wine one hundred points.

Made from sun-dried Pedro Ximenez (PX) grapes in 1946 – from the first harvest after World War II, almost forty years before I was born – it is one of only three such wines to have achieved top marks with the maestro. A little intimidated, I sipped, and it was like nothing I’d ever tasted: a firework display of prune, fig and oak flavours, with a big, seductive texture. There was real sadness in Antonio’s voice when he told me that this never-to-be repeated barrel was almost empty.

After leaving Toro Albalá and its incomparable 1946 Don PX, Manni took me to Bar Bujerillo in Llanos de Espinar. Over delicious tapas, he explained the motivation for the new tours: “We’re trailblazing a bit here, and hopefully showing people that sherry [as we refer to sweet and fortified wines in the UK] is not just a drink to be kept in a dusty cupboard behind the TV, only for Grandma at Christmas”. The tours will be personally led by Leeds-born Manni, who moved to Andalusia eighteen years ago and who lives and breathes everything about the region. He is also great fun. 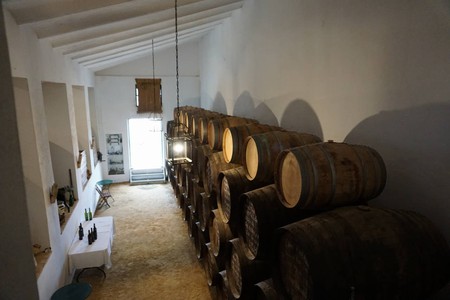 After tapas, our second visit was to the Lagar Blanco bodega, also in Córdoba province. Another family-owned establishment, it boasts spectacular views of the surrounding countryside: indeed, from its beautiful cellar and dining space (where WWW guests will enjoy a lunch) the dark hulk of Málaga’s El Torcal mountains is visible, 80km (50 miles) to the south. Miguel, the owner’s son, explained more of these wines’ fascinating secrets, aided by a barrel with a glass bottom that enables visitors to see inside.

The intangible magic happens in between a furry layer of sediment at the barrel’s bottom called the madre – “mother” – and a layer of yeast on top of the liquid poetically called the velo de flor, or “veil of flowers”. Finos – dry, white-hued fortified wines – remain under the veil for two years, protected from oxygen by the yeast; olorosos, on the other hand, develop under no such protective layer and are thereby oxygenated – a process which partly accounts for their darker colour and sweeter taste. But the individual essence of each wine is given to it by its madre: scrape this life-giving layer off the bottom of the barrel, I was told, and you would have a wine with no personality whatsoever. 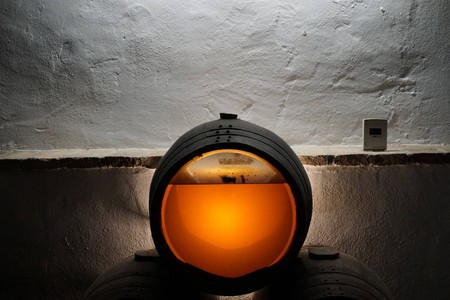 A see-through barrel at Lagar Blanco, clearly showing the layer of sediment which gives the wine its character | courtesy Manni Coe

Mould and sand also play their part in creating beauties like the ’46 Don PX. At the Toro Albalá bodega, Antonio explained that the rotting bullfighting posters adorning the cellar’s walls make their own contribution to the atmosphere in which the wines grow. Removing or cleaning them is strictly prohibited.

Another key factor is the bright yellow albero sand which covers the floor, and which is also used in Spain’s bullrings: mined just outside the Andalusian capital of Seville, 145 km (90 miles) to the west of Toro Albalá, it absorbs water quickly but releases it slowly, keeping the barrels cool and the air moist. These wines, you begin to understand, are truly alive: fragile and responsive to their environment, they attain perfection over decades.

Taking leave of Miguel at the Lagar Blanco, Manni and I made another jamon-and-fino stop at La Solera in Moriles. The bar had been closed but Toni, the gregarious and charming owner, opened it specially for us. Here, I learnt to enjoy wines en rama, which is when they’re served in their rawest, unfiltered form, straight from the tinajas – huge concrete vats – in which they’re stored.

The fino which Toni handed me was cloudy, like the best ciders, and tasted pure, natural and dry. With the passion of a connoisseur, he told me it was the best way to enjoy these wines, en rama being the equivalent of fresh anchovies served straight from a fire on the beach. Just imagine: a cool glass of fino or oloroso from Andalusia’s little-known Montilla-Moriles region, accompanied by BBQ’d fish on one of southern Spain’s stunning beaches. Life really doesn’t get any better than that.

Vineyards in the Montilla-Moriles region of Andalusia | courtesy Manni Coe