The Most Beautiful Gardens in Seville, Spain 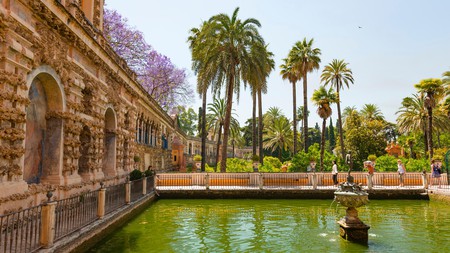 Blessed with exotic gardens and arboretums, Seville is one of Spain’s greenest cities. Complimenting the splendour of its ornate palaces and castles, the impeccably manicured gardens leave a lasting impression on travellers visiting the ancient capital of Andalusia. Filled with pretty parks and fairy-tale gardens dotted with citrus trees, Seville’s natural scenery is just as beautiful as its architecture. From the official palace gardens of Real Alcázar de Sevilla to the verdant María Luisa Park, read on for our guide to the stunning parks and scenic gardens of Seville.

Situated in Seville’s city centre, Alameda de Hercules is one of the oldest publicly accessible gardens in Europe. Two imposing marble columns guard the entrance to the park, the lasting remnants of a 2nd-century Roman Palace that once stood here. According to Greek legend, the town of Seville was founded by Hercules, and the columns are adorned with his statue and that of Julius Caesar. The park’s main boulevard, Paseo de la Alameda de Hercules, snakes along the dried-up Guadalquivir river, dotted with silver poplar trees and cascading water fountains. Alameda de Hercules is located in the city’s northern casco antiguo (historic centre), between the Guadalquivir and the Macarena neighbourhood.

Occupying a vast tract of land across from Alamillo Bridge, Alamillo may not be as visually impressive as some of the parks for which Seville is famed, but it’s a pleasantly green, capacious space ideal for picnics or outdoor activities. Conveniently located, and served by cafés with open-air terraces, the eastern side of the park runs along a stream of water that connects to the Guadalquivir river, with a pond situated on its western periphery. 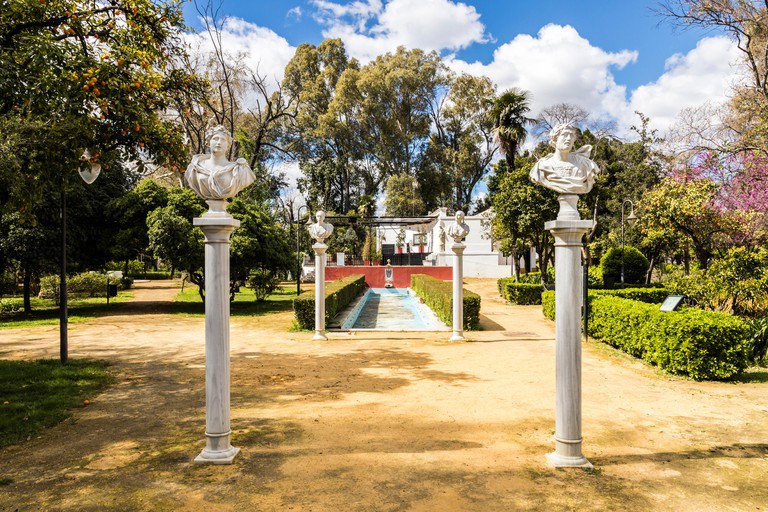 © Joaquin Ossorio-Castillo / Alamy Stock Photo
Seville’s landmark attraction, Parque de María Luisa, was donated to the city by the former Duchess of Montpensier, María Luisa Fernanda de Borbón. The centrepiece of the park is the Plaza de España, a handsome parade of Renaissance/neo-Moorish buildings designed by Aníbal González and furnished with lavish architectural displays of wealth. The theme continues throughout the park, with majestic water fountains and pavilions nestled amongst orange blossom trees and maquis shrubs. Seville’s most prominent park, the Parque de María Luisa is flanked by the Guadalquivir river. Set aside a few hours to get to grips with the park and its architectural treasures.
Open In Google Maps
s/n Paseo de las Delicias, Sevilla, Andalucía, 41013, Spain
+34955473232
Visit Website
Give us feedback

Straddling the gourmet district of Santa Cruz in the direction of the Plaza de España, Murillo Gardens provide a pleasant retreat from the city centre. Famed for its exotic species of evergreens, the park is landscaped with colourful ceramics and fabulously decorated fountains. Dedicated to the locally treasured 17th-century Seville painter Murillo, the Murillo Gardens are located next to the Paseo de Catalina de Ribera. 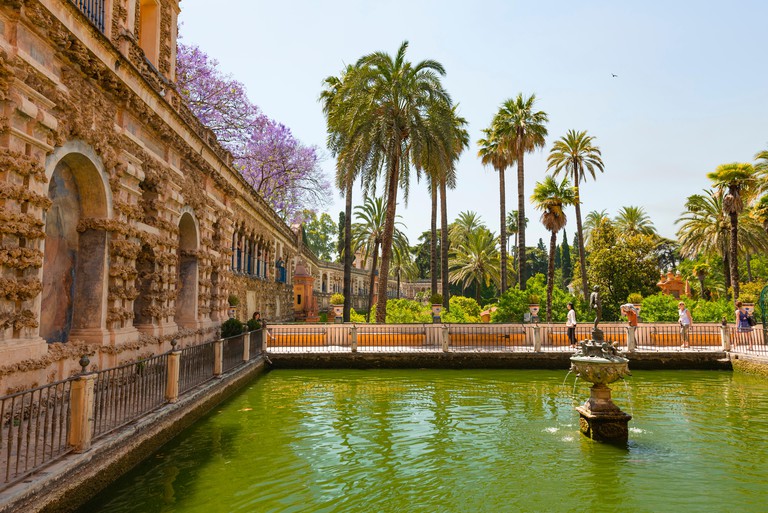 © imageBROKER / Alamy Stock Photo
Book Now
Spread around the magnificent Alcázar palace, the Palace Gardens offer a bounty of exotic flora, swaying palms and resplendent fountains. Composed of several distinct gardens – each fit for a royal – the themed arboretums reflect the historical influences on the palace. The Cross Garden and the Moorish Garden are particularly noteworthy, as are the English Garden and the Garden of the Marquis of Vega-Inclán.
Open In Google Maps
s/n Patio de Banderas, Sevilla, Andalucía, 41004, Spain
+34954502324
Visit Website
Give us feedback

Located a few moments from downtown Seville, these gardens date back to the reign of Al-Mu’tamid. The oriental gardens are divided into two parts: one, in the shadow of a Mudejar-style palace, features a restored Islamic swimming pool surrounded by sweet date plants and Mediterranean herbs; the other is called the Garden of History, and is lined with long, sculpted ponds, with plenty of benches. Both are in the city centre.