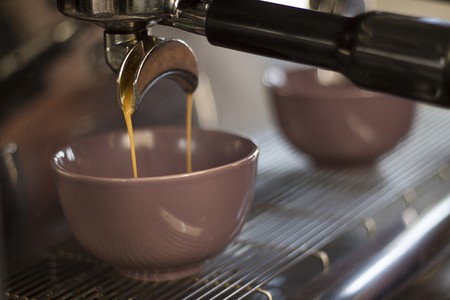 The barista mindfully starts preparing your just-ordered double espresso: Guatemalan beans, single origin, carefully-roasted in the café’s own roastery; welcome to the world of Third Wave coffee culture. These days coffee has become an artisan beverage with expert roasters and baristas following guidelines as stringent as those of the world of oenology (that’s wine to you and me). If you haven’t already started, now is a perfect time to start surfing Barcelona‘s Third Wave of coffee.

The Three Waves Of Coffee

A short history of the term ‘Third Wave Coffee’ will provide a better understanding of the world of craft coffees. The term Third Wave was introduced in 2002 by Trish Rothgeb of Wrecking Ball Coffee Roasters, when she described the three coffee movements as waves in an article for the Roasters Guild. The First Wave of coffee started when Europe’s very first coffee house was opened in Venice, Italy. This movement was responsible for turning coffee into a major product. This included the invention of ways to get coffee to peoples’ homes, with things like vacuum packaging and instant coffee. The Second Wave was ushered by large coffee companies, like Starbucks. They wanted to raise awareness for coffee-origin and roasting styles. These global coffee enterprises started small, as specialty coffee shops. As these companies grew bigger, the need for consistency, expansion and branding eventually led to homogeneity. It is to be said, that this homogeneity brought us the Third Wave. The current wave is dedicated to full transparency in the sourcing process. Third Wave coffee shops want to share their love and respect for coffee. With that comes scientific precision, ultimate freshness of the roasted beans and their consciousness about both environmental and social justice issues. In many ways, the third wave is just as much a reply to bad coffee as it is a movement towards good coffee. 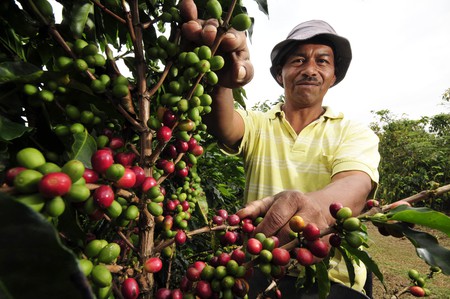 Barcelona has its own history in term of waves of coffee. It has lived through a revolution against poor quality coffee. When the country suffered from a great shortage of coffee after the Spanish Civil War, the phenomenon of torrefacto was created. Beans were covered in a coating of sugar – originally meant as a preservation method – to increase the weight. The sugar masked the quality of coffee and gave the impression of a strong cup of coffee. Companies could use less coffee, without customers noticing too much. And what was once a post-war necessity, simply became a habit. Many Spanish restaurants, cafés and bars are still serving their coffee from a variety of beans containing 30% torrefacto. But times are changing. The Third Wave rolled in on Barcelona. Coffee is not just the a source of fuel for our overstimulated lives anymore. Enter the Third Wave coffee artisans.

Nomad Coffee Productions is a open-door coffee laboratory. This coffee shop has coffee-loving Barcelona in its grip. Jordi Mestre, award-winning barista and founder of Nomad Coffee, came back from London in 2014 to open this concept store. The company’s main goal is roasting and experimenting with coffee. They love to share their knowledge of coffee with their consumers. The True Artisan Café could not agree more. Their baristas are all about excellent coffee. With their precision and abundance of care for products, they put professional Spanish coffee shops onto a different league. Brewing delicious coffees is not the only purpose of the True Artisan Café. The coffee shop also offers SCAE-certified coffee training and education. A third party in Barcelona’s Third Wave of coffee is Satan’s Coffee Corner. This amazing coffee shop uses blends from El Magnífico and Right Side Coffee, both Barcelona-based coffee roasters. These three true artisans have the right to claim they make the best coffees in town. And this is just to name a few of the experts in the growing scene of Barcelona’s Third Wave coffee culture. 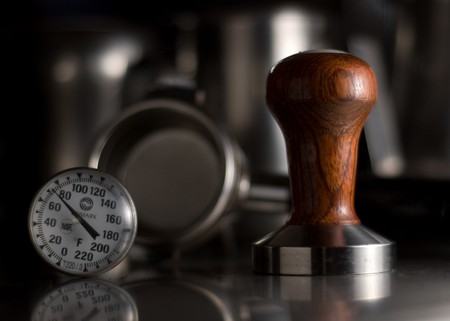 Tools of the Trade | © Pen Waggener/Flickr

How To Avoid Drowning In The Ocean Of Coffee

With the third wave come the endless ways of describing a cup of coffee. The list is growing every day, as are the claims coffee shops make about fairness, sustainability and freshness. It’s easy to get lost in translation, but you do not have to keep wondering what do all these expressions are supposed to mean. The baristas and other experts in cafés and Spanish roasteries love to share their passion with you. If you are not sure what blend, roast or beverage you should pick, just ask them. This is also the best way to make sure the company is making genuine claims. Start by extracting the finest details from the experts themselves. Ask them who their suppliers are, when the beans were roasted or what the terms fair and direct trade mean. Passionate baristas will be happy to hear you share their love for coffee and they will be able to satisfy your hunger for truth. There is another way of knowing what to order from the smiling barista. That is, if you are not too interested in a deep conversation with the coffee-expert (or if you’re afraid the seven other coffee-craving people waiting in line behind you are not going to like waiting a little longer). Check out this small coffee glossary: 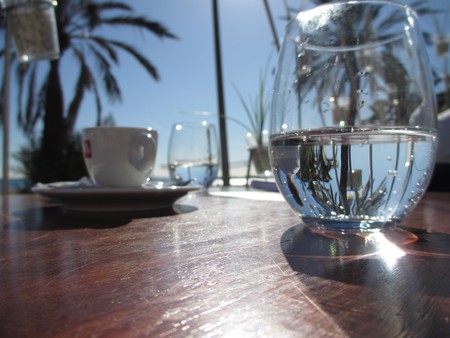 Enjoy Your Coffee In The Sun | Courtesy of Tamara Kiewiet

The Third Wave is formed by companies purchasing coffee based on its origin. They explore all artisan methods of brewing and roasting.