Built between the 13th and 15th century, the Cathedral of Barcelona, officially named The Cathedral of the Holy Cross and Saint Eulalia, is one the most popular sites in Barcelona and is located in the historic Gothic Quarter. The cathedral is a striking example of Gothic architecture although the façade, despite its Gothic appearance, is actually a neo-Gothic addition from the late 19th century. Take a virtual tour of this iconic landmark as we guide you through some of its most precious features. 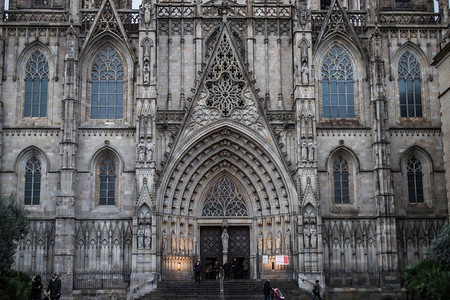 The façade of the cathedral is perhaps one the most striking features and was constructed in the late 19th century to replace a more humble 14th-century façade. 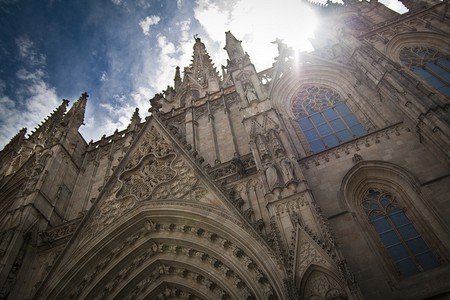 The level of detail and intricacy of the façade is such that visitors can easily spend hours admiring the outside only, especially on one of Barcelona‘s typically sunny days. 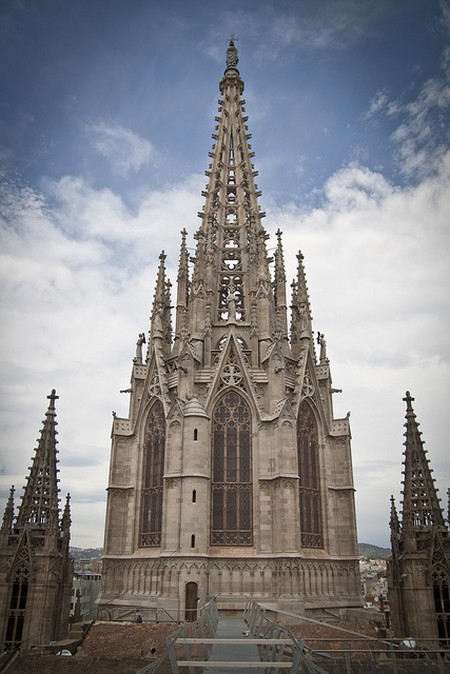 The cathedral from atop | © Carwyn Lloyd Jones - Dylunio Creadigol / Flickr

When visiting the cathedral, be sure to make your way to the rooftop to admire the cathedral’s ornate spire and the breathtaking view of the city from above. 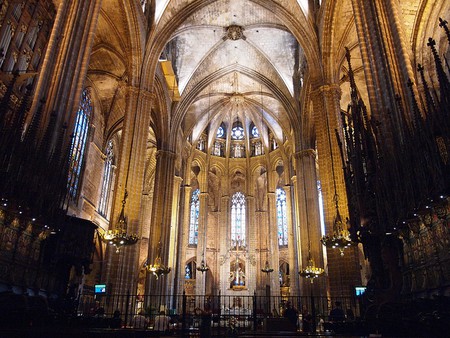 The high ceilings and elongated stained-glass windows typical of the Gothic style make for a spectacular show of light, especially stunning around dusk. 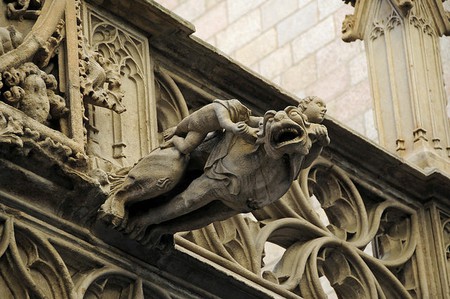 One of the features of the cathedral for which it is most renowned is its collection of weird and wonderful gargoyles, which come in all shapes and sizes. 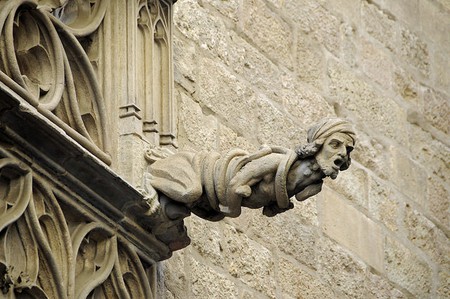 Gargoyles are a common feature in Gothic and neo-Gothic architecture and were originally used to protect churches from evil spirits by scaring them off with their gruesome faces. 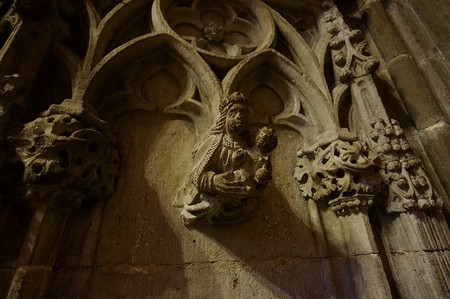 Aside from the gruesome gargoyles, the cathedral is rich in Catholic symbolism, with references to the Bible and Christian mythology – a treasure trove for any historian with a keen eye. 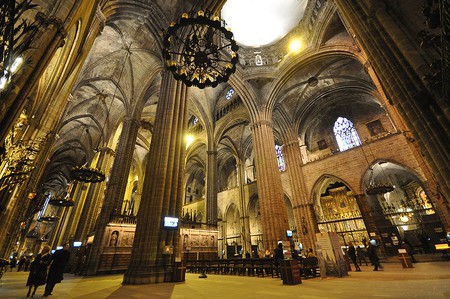 The pointed or ogival arches of the ceiling are typical of Gothic architecture, as is the emphasis on vertical lines and high ceilings. 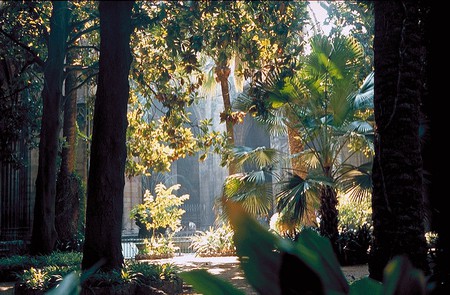 A minute’s walk from the main body of the cathedral, discover the sun-bathed Gothic cloister, dating back to 1448. 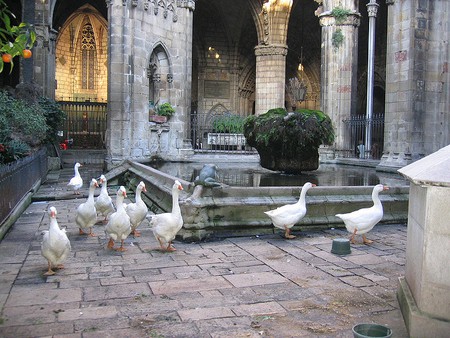 The centerpiece of the cloister is the Well of Geese, a fountain home to 13 geese said to commemorate the fact that Saint Eulalia was 13 when she died. 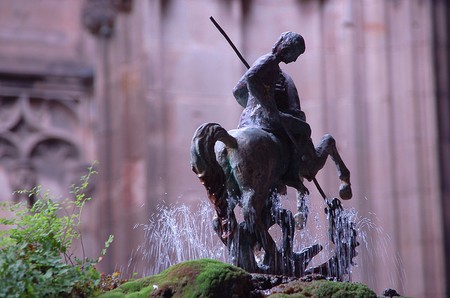 Symbolism and mythology are all around you, even where you least expect it – for example, the fountain head of the Well of Geese, representing Saint Michael slaying Evil embodied by a dragon.