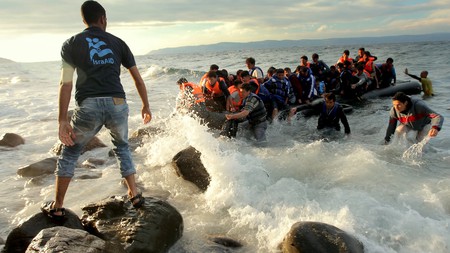 The local authorities in Barcelona, the Ayuntamiento, inaugurated a memorial entitled ‘Som i serem citutat refugi‘ (‘We are and always will be a refugee city’) on July 28, 2016, to commemorate the lives of those who perished seeking refuge in Europe.

This powerful reminder of the suffering and misfortune of those fleeing famine, violence and death in neighboring continents was commissioned by Barcelona mayor Ada Colau. She said the memorial aims to draw attention to the urgent need for safer routes to Europe and the need for radical change to the European Union’s asylum policy.

To date, more than 2,000 migrants are reported to have died crossing the Mediterranean since the start of 2016, many of whom are fleeing persecution and violence in their home countries. The vast majority of refugees arriving on the shores of Europe are Syrians looking to escape the civil war which has torn the country apart since 2011. 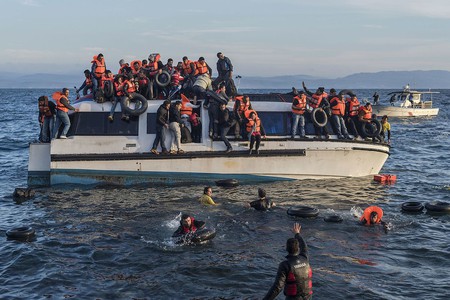 The memorial is accompanied by a ‘Counter of Shame’ – a large digital counter marking the number of lives lost in the Mediterranean in the context of the ongoing refugee crisis – a reference to the sense of shame felt by those who believe Europe is not doing enough to help the refugees seeking safety on its shores. The counter will be updated in real time as the number of deaths continues to rise – a vivid reminder of the continuous, on-going nature of the crisis.

Crucially, the memorial will be located on the Passeig Maritim alongside the Barceloneta beach, an area popular with tourists, especially during the summer months. The memorial is sure to stand in stark contrast with the sight of cheerful holiday-makers – a sobering reminder that now is no time to bury our heads in the sand.