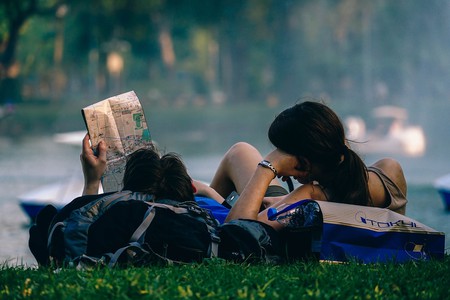 Planning a trip to Barcelona and want to make sure you’ve packed everything you’ll need? You might be a seasoned traveller, but these things might not be the most obvious items you’d think of. Whether it’s staying safe or making the most of your time in the city, here’s what you need to pack when going to Barcelona.

There’s so much to see in Barcelona and one of the best ways to get around the city is on foot. Whether it’s getting lost in the narrow streets of the Gothic Quarter or admiring the Modernist marvels in Eixample, you’ll want to make sure you’ve got a pair of comfortable shoes on. If you’re visiting in the warmer months, ditch the flip-flops and opt for some plimsoles, or at least a Birkenstock-style sandal. 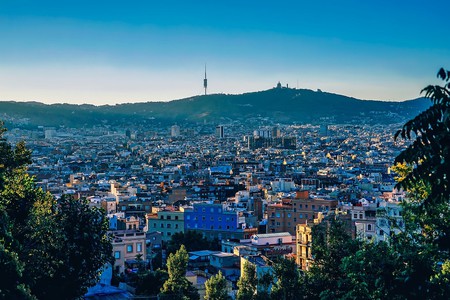 Be prepared to explore the city by foot | © Pixabay

It’s no secret that Barcelona has a pickpocketing problem. Avoid making yourself a target by being a little street-savvy and carrying your belongings in a bag which you can seal and preferably one small enough that you can keep on you and in sight at all times.

Although most major restaurants and shops take credit and debit cards, you’ll still find the odd smaller store which doesn’t. Also, minimum amounts tend to be relatively high at around €10 or €15 in certain places so you’ll want to make sure you always have some cash on you. Just remember that as pick-pocketing is an issue you don’t want to be wandering around with very large sums of money on you either. 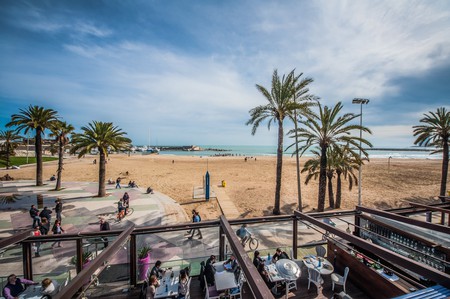 The beach is on the city’s doorstep | © Diriye Amey / Flickr

Don’t forget that Barcelona is a city with a beach right on its doorstep. From spring to autumn you’ll find people on the beaches and you’ll want to be able to cool down easily when the temperatures soar. If you’re here in the winter then you should still consider packing your swimwear as there are a number of excellent spas in the city that are worth checking out.

Brush up on your local history before you arrive by getting lost in the pages of George Orwell’s Homage to Catalonia. A semi-autobiographical novel, the story is set in Catalonia at the time of the Spanish Civil War when the young Eric Blair (Orwell’s real name) went to join the fight against the Falangist army. It paints a vivid portrait of Barcelona at that time and will help you have a better appreciation of the city’s recent history. 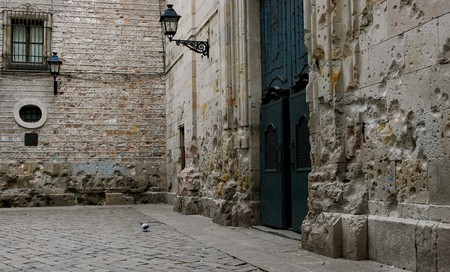 Sure, you can get around with Spanish in Barcelona, but if you want to really bond with the locals you’ll do a lot better by learning a few simple phrases of Catalan. Words like ‘bon dia‘ (hello), ‘merci‘ (thank you) and ‘adéu‘ (goodbye) are easy to add to your repertoire and will go down well with the locals.

Whether it’s for playing in your hotel room in the morning or listening to when you’re out for a jog, you need a good Barcelona playlist to get you in the mood. Be sure to include some local indie pop by bands such as Manel, Blaumut or Love of Lesbian. Also, you have to have at least one Manu Chao song as this alternative reggae-rock artist is synonymous with the Barcelona music scene of the late 90s.

Not everyone associates Barcelona with mosquitos and generally the city isn’t plagued with them. Yet recent years have seen the arrival of new breeds of particularly annoying mosquitoes, such as the tiger mosquito. The warmer months are usually the worst for insects, but the autumn can also be bad as the mosquitoes seem to enjoy one final moment of fury before the winter sees them off.