An AI Has Predicted Which Country Will Win the World Cup 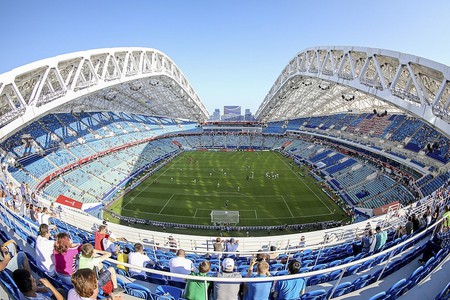 Researchers have used artificial intelligence and machine learning to predict that Spain is the most likely 2018 World Cup winner.

A number of factors were analysed to determine the outcome, including FIFA rankings, national population, gross domestic product, bookmakers’ odds, the number of national team players who play together in a club, players’ average age, and the number of times they’ve won the Champions League.

According to the AI prediction, Spain is the most likely winner by a margin of almost 20 percent. However, the researchers added that Germany would be likely to beat Spain if given the chance, but the structure of the tournament will probably not allow for that. 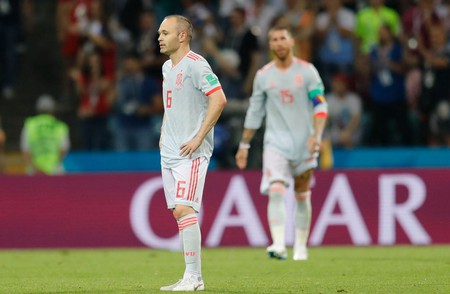 EDITORIAL USE ONLY Mandatory Credit: Photo by RONALD WITTEK/EPA-EFE/REX/Shutterstock (9717499en) Andres Iniesta of Spain reacts after his team concded a goal during the FIFA World Cup 2018 group B preliminary round soccer match between Portugal and Spain in Sochi, Russia, 15 June 2018. (RESTRICTIONS APPLY: Editorial Use Only, not used in association with any commercial entity - Images must not be used in any form of alert service or push service of any kind including via mobile alert services, downloads to mobile devices or MMS messaging - Images must appear as still images and must not emulate match action video footage - No alteration is made to, and no text or image is superimposed over, any published image which: (a) intentionally obscures or removes a sponsor identification image; or (b) adds or overlays the commercial identification of any third party which is not officially associated with the FIFA World Cup) Group B Portugal vs Spain, Sochi, Russian Federation - 15 Jun 2018 | © RONALD WITTEK/EPA-EFE/REX/Shutterstock

“Spain is slightly favoured over Germany, mainly due to the fact that Germany has a comparatively high chance to drop out in the round-of-sixteen,” says Andreas Groll, of Technical University of Dortmund. If Germany makes it to the quarterfinals, however, they become the front runner, the research states.

Brazil was found to be the third most likely winner, followed by France and Belgium.

While Spain didn’t win their World Cup opener this year, the team won the tournament in 2010 despite losing their first game – so the scenario is not unheard of.

In a separate study, researchers at Goldman Sachs also used machine learning to forecast the results. Simulating more than one million versions of this year’s World Cup tournament, they found that Brazil is most likely to win, beating Germany in the final round.

“The forecasts remain highly uncertain, even with the fanciest statistical techniques, simply because football is quite an unpredictable game. This is, of course, precisely why the World Cup will be so exciting to watch,” Goldman Sachs researchers wrote.