An Adventure Traveller's Guide to Granada 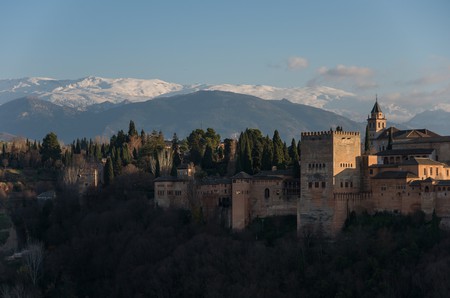 Alhambra Palace in Granada, Spain with Sierra Nevada mountains in snow at the background| © Igor Dymov/Shutterstock

Granada has it all: not only is it a decent-sized city with a fascinating history and culture – it’s located amongst some of Spain’s most dramatic and beautiful landscapes. The city’s proximity to the Sierra Nevada mountain range, in particular (the town of Sierra Nevada itself is only about 45 mins from Granada), makes it a thrilling Andalucian destination for those seeking adventure and endorphin-kicks as well as culture and tapas.

The Sierra Nevada is most famous for being Europe’s most southerly ski resort, with a season running from December to April (unless it’s too warm in December, in which case it can start as late as January). But its foothills and mountains are also home to some great hiking trails, which offer everything from gentle Sunday strolls to epic overnight expeditions. For the serious adventure traveller, the route most likely to appeal is that which takes in the Sierra’s two highest peaks (Mulhacen, at 3,470 metres and Veleta, at 3,385 metres) in one day: starting from the parking area known as Hoya de la Mora above the town of Sierra Nevada – which, at about 2,500 metres, is as far as you can go in a car – this demanding trail covers 30km and takes a good ten hours. 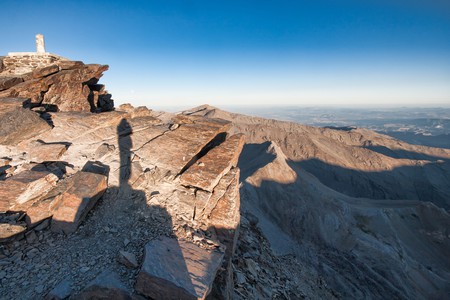 You’ll need to make sure your backpack is well stocked and be confident of your fitness and stamina levels before setting off, but the sense of achievement upon completing this monster hike will satisfy even the most seasoned of adventurers. There are refuges up in the mountains if you want to split this hike over two days.

Worth remembering is the fact that the ski resorts on Mount Veleta have made ski lifts available in July and August, enabling bikers and hikers to get to around 3,000 metres without too much sweat (although, obviously that’s cheating). For this route, though, July and August are likely to be too hot anyway.

Go mountain biking around the city

A quick survey of Granada’s surrounding countryside will tell you (Plaza San Nicolas at the top of Albaicin offers a superb vantage point), there are some first-class mountain biking trails around the city. Again, these cater for every level. Some of the most relaxed routes are on excellent cycle-paths that run alongside the river Genil and out of the city for several kilometres, to the small town of Pinos Genil where you can stop for tapas before returning along the other side of the river. There are also relatively easy tracks along the Trevenque Pass – the highest limestone mountain in the Sierra Nevada – and in the Sierra de Huetor, the Sierra Nevada’s little brother.

The countryside around Granada is perfect for trekking and mountain biking; Marcelo Dondo, flickr

More demanding and technical rides take you to the top of Veleta – from which, on a clear day, you can see Morocco’s Atlas Mountains – across from Veleta to Mulhacen at high altitude, around the Alhambra and up into the countryside above Sacromonte. The latter two areas offer opportunities for some serious downhilling (full suspension recommended). 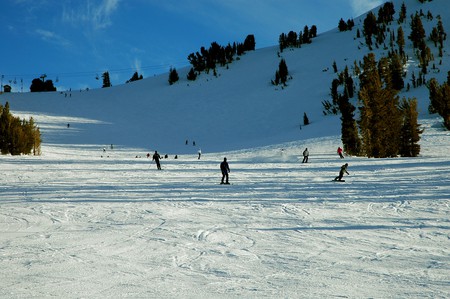 The Sierra Nevada is a must visit for adventure travellers to Granada; Clinton Steeds, flickr

The six different sections of Sierra Nevada’s ski resort – Veleta, Laguna de las Yeguas, Borreguiles, Lomar Dilar, Parador y Rio – are at an altitude of around 2,100 metres, with ski-lifts going up to just over 3,200 metres. They offer a great selection of pistes at every level, from green to black, set amongst some of the most stunning mountain scenery in all of Spain.

Even better, the small town of Sierra Nevada itself has a wonderful atmosphere in-season, its pointy wooden chalets and hotels reminding you more of Austria than Andalucia. Come lunchtime, its many bars and restaurants are packed with skiers from all over the world drinking and eating after a blissful morning on the slopes. Snowboarding is also popular in the Sierra Nevada, the slopes of which are particularly recommended for beginners.