Ronda is not a particularly large town, so its key architectural attractions can all be visited by foot in a single day. Below, we take you on a walking tour of Ronda’s most spectacular sites, from the breathtaking “New Bridge” to some of the best-preserved Arabic baths in Spain. 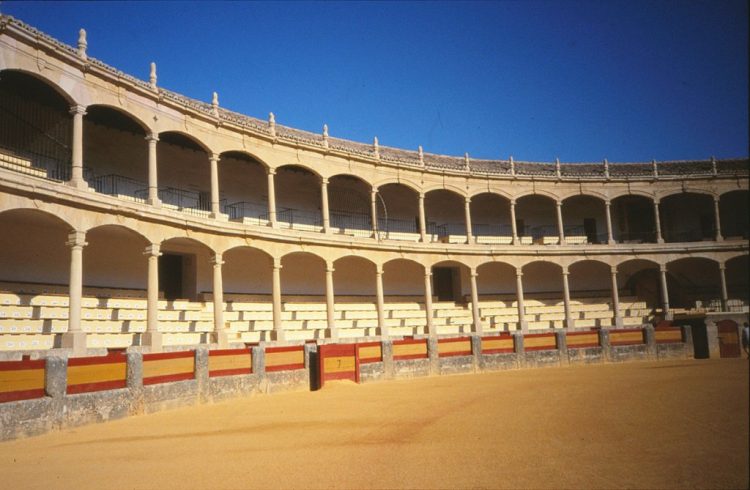 Start your walking tour of Ronda’s architectural gems at the bullring, located in the newer part of town known as El Mercadillo (The Little Market). Completed in 1785 by the same architect who designed the town’s breathtaking “New Bridge”, this is the oldest bullring in use in Spain today. There is just one bullfight a year here, in August, but the ring can be visited all year round, as can the bullfighting museum inside. 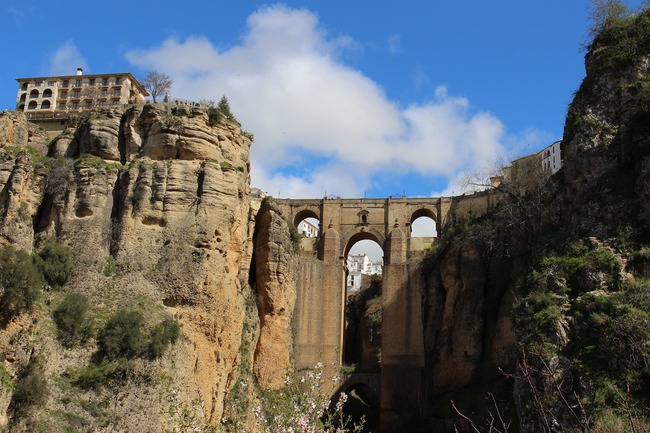 From the bullring, stroll over the Plaza de España and prepare for a sight that will take your breath away. Within a few minutes you will find yourself standing on Ronda’s terrifying and beautiful Puente Nuevo, or “New Bridge”, which spans the 120 metre (394 foot) deep El Tajo gorge below. Fifty workers lost their lives in the construction of this magnificent structure, which was completed in 1793 after forty years of perilous labour. 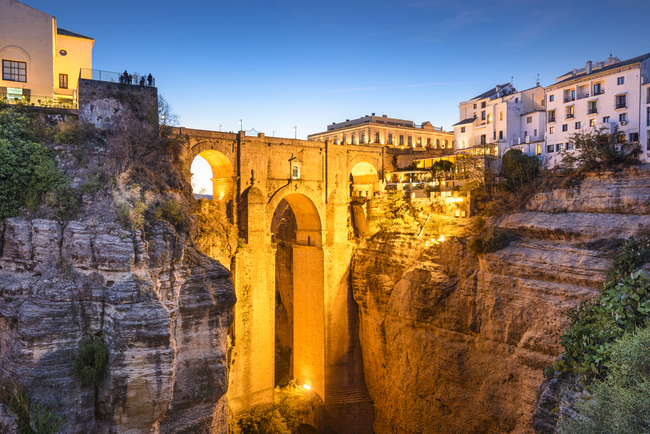 The so-called Puente Viejo (Old Bridge) is located about a 15 minute walk from its more famous and much taller relative, and accessed by pathways that descend into the El Tajo gorge in both the “new” and old parts of town. It dates from the early 17th century, and is one of two crossings that the New Bridge was built to improve upon (the other is a little further down the river and was built by the Moors).

If you’re standing on the Puente Viejo and facing the New Bridge, take the road that leads off to your right, beyond the old city walls. After about ten minutes, you’ll arrive at some of the best-preserved Arabic Baths in Spain. Ronda’s Baños Arabes date from the 10th and 11th centuries, and are made up of three spaces, which maintained cold, medium and hot temperatures. Particularly beautiful are the star-shaped ventilation holes in the ceilings. 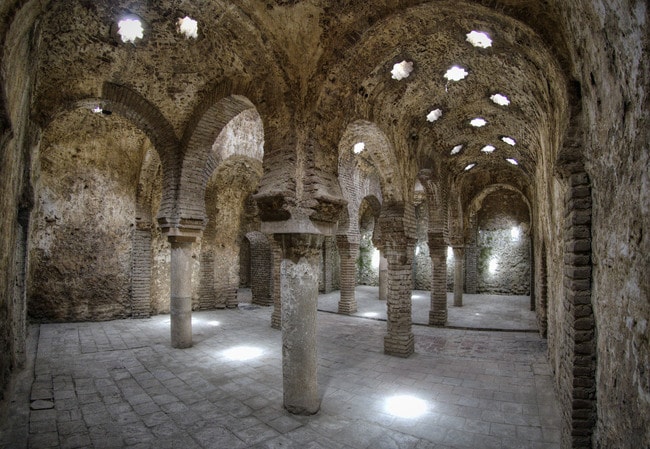 House of the Moorish King

Leaving the Arabic baths, retrace your steps and cross the Puente Viejo to reach the other side of El Tajo. It’s then a steady uphill walk to reach the unloved but elegant Casa del Rey Moro. This is an attraction that should come with a disclaimer, as it was built in the 18th century not, as its name suggests, during Ronda’s Moorish period. The house itself is closed, but the gardens are spectacular: split over three levels, they adorn the cliffs of the gorge like giant hanging baskets.

Emerging from the lavish gardens of the Moorish King’s house, you will find yourself in one of the most romantic and attractive neighbourhoods in all of Andalusia. This is the oldest part of Ronda and is known simply as La Ciudad (The Town). It dates from the town’s period under Moorish rule, which lasted from the 8th to the 15th centuries, and is packed to bursting-point with gorgeous old townhouses. Turn off Google Maps, wander and surrender to its charms. 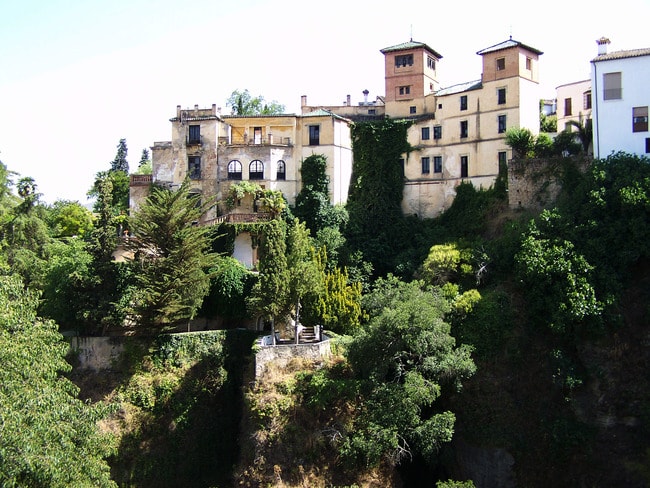 Ronda’s Casa del Rey Moro clings to the side of the gorge; Matias!/WikiCommons

Wind up your walking tour of Ronda’s architectural wonders at one of the old town’s most beautiful buildings. The Palacio Mondragón was built to house the town’s Moorish royalty in the early 14th century, but was re-styled by a distinguished Catholic family from Seville at the close of the 15th century. A mix of Moorish and more classical styles is therefore evident – an aesthetic tribute to the blend of cultures that has shaped this stunning town.