We have visited the University of Barcelona’s main building to discover two Spanish novels that take place in this location. Nada (1944) and The Shadow Of The Wind (2001) depict the days of darkness and light, of oppression and rebirth that mark this historic building. 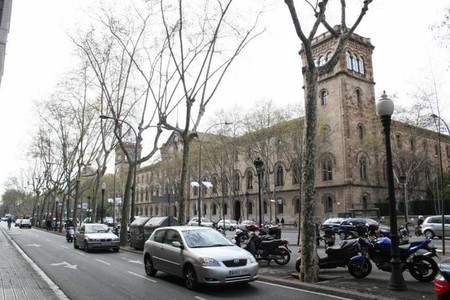 Considered the most emblematic structure of the University of Barcelona, the historic building is situated just 500 meters away from Plaça Catalunya. The neo-Romanesque building, located in the Eixample, was built in 1884 by Elies Rogent. Nowadays, it hosts the Rector’s offices and the departments of philology and mathematics.

1450: The University of Barcelona was founded under the royal prerogative approved by King Alfonso V of Aragon.

1714: The UB was closed down by the Bourbon dynasty after the War of Spanish Succession, and all studies were moved to Cervera (Lleida).

1837: The institution was restored during the liberal monarchic period by Queen Isabel II and the university was housed in several buildings, such as the old hospital of Sant Pau.

1874: Elies Rogent’s new building in Plaça Universitat was opened officially. It became one of the first buildings to be constructed outside the ancient city walls.

1933: The University Statue of Autonomy is approved during the Second Spanish Republic.

1939: The Franco dictatorship brings a period of severe authoritarianism and the Catalan language is banned from all public institutions. 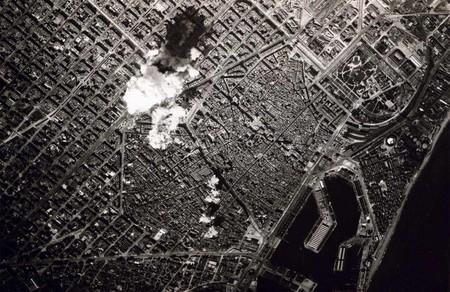 During the second half of the 20th century, the University of Barcelona began its expansion by inaugurating new buildings. It was a slow rebirth after many dark years of oppression. This period of evolution is reflected in some major Spanish literary works such as Nada (1944) and The Shadow of the Wind (2001). 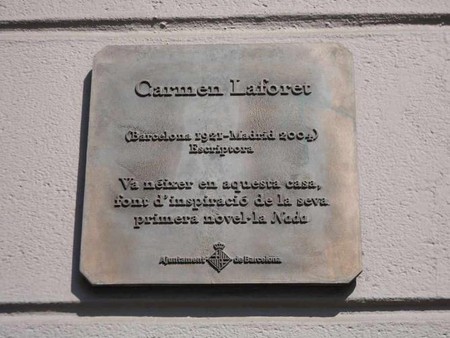 ‘The carriage circled the university plaza, and I remember that the beautiful building moved me as if it were a solemn gesture of welcome.’

One of the greatest examples of Spanish postwar literature, Nada (‘nothing’) tells the story of Andrea, a young woman who arrives in Barcelona from provincial Spain to study literature at the university. While in Barcelona, she lives at her grandmother’s gloomy apartment on Aribau street.

The Telegraph described Nada as ‘a novel from Spain’s darkest days.’ Indeed, Laforet succeeds in depicting a war-torn and despairing society: Andrea’s bleak home in the city becomes a microcosm of post-war Barcelona. Thus, the heroine lives with a poor, violent, and repressive family that symbolizes Franco’s dictatorship (1939-1975).

Andrea’s department also acquires a spooky character: ‘She dragged me every day to the bar; the only warm place I remember, apart from the sunny garden, at that university made of stone’.

Carmen Laforet herself studied in this building right after the end of the Spanish Civil War, and so the shadowy and medieval-like building that is depicted in her acclaimed novel has little to do with today’s central building at the University of Barcelona. 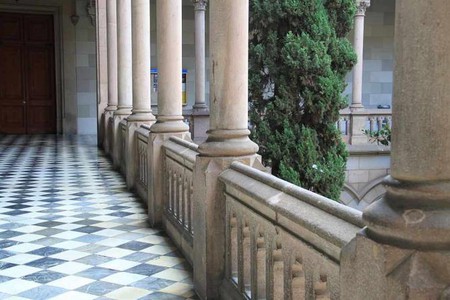 Carlos Ruiz Zafón’s The Shadow Of The Wind

‘Professor Velázquez’s office was on the second floor of the literature department, in Plaza Universidad, at the end of a gallery paved with hypnotic chessboard tiling and awash in powdery light that spilled down onto the southern cloister.’

Set in 1945 in Barcelona, The Shadow of the Wind (in Spanish: La sombra del viento) is one of the most famous Spanish novels. Just like Nada, the Spanish Civil War forms much of the background for this book. Still, the atmosphere described in Zafón’s depiction of Barcelona is not as dreary as in Laforet’s opera prima.

Zafón is well known among Barcelonians for his magical yet accurate descriptions of the city, which becomes a major character in its own right in this acclaimed novel. Locations such as La Barceloneta, La Rambla or the University are just some of the places in Barcelona found in La sombra del viento.

Nowadays, any passer-by can wander along the long Romanesque halls in the historic building. The visitor can still enjoy Zafón’s precise description of the University: the columns of the cloister casting a shadow on the chessboard tiling bathed in a warm light, the orange trees silently threatening the students’ heads as they sit on the floor near the pond… 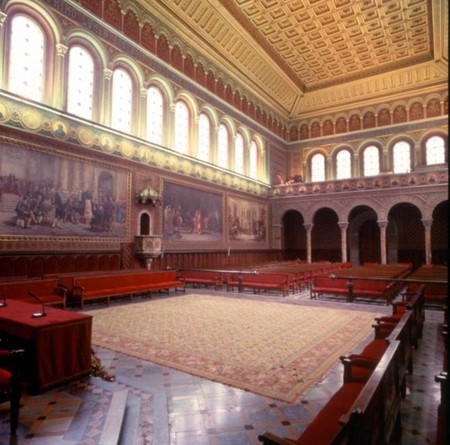 The Old Building In The 21st Century

The main building of the UB can go unnoticed by many tourists: it does not usually appear in travel guides and it was not built by Antoni Gaudí. However, UB students as well as some locals get to enjoy a relaxing spot in busy and hectic Eixample.

It is not just about the old-school classrooms: the main building of the University of Barcelona has some medievalesque spots such as the Main Entrance Hall, the Nobel Stairway or the Paranimf, where important institutional ceremonies are held. You can even sit at home and take a virtual tour around the main rooms of the building.

It is also the ideal place for book lovers: the philology department has one of the most gorgeous libraries in the country. One can get a book from the library and read it in the backyard garden, surrounded by exotic plants and trees.

When the academic year finishes, the building holds some free concerts during the month of July as well as a typical Catalan open-air bar, called Caravan Made.