A Tour of Salamanca's Architectural Landmarks 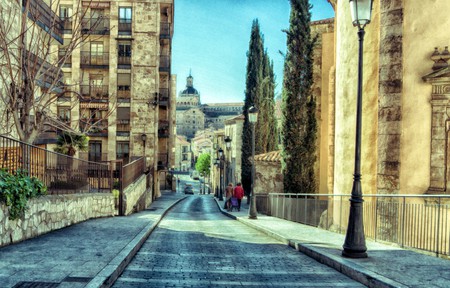 The buildings in Salamanca are famous for being built of a warm sandstone that glows at sunset and sunrise, giving the city its nickname, ‘the Golden City’. To walk through the streets at any time of day is to tour an open-air museum with an atmosphere steeped in tradition; it’s no wonder the entire historic centre has been declared a UNESCO World Heritage Site. Follow us on this tour of the city’s beautiful landmarks.

Top of the list of places to visit is Salamanca University. This is considered by many to be one of the most beautiful universities in the world, and it’s difficult to disagree. The current building dates from the beginning of the 15th century and is decorated with a large number of ornate carvings, the most famous of which is the frog sitting atop a skull. Inside, visitors can discover other wonders, such as the Old Library and the Fray Luis lecture hall, where time seems to have stood still.

Next stop, Plaza Mayor. This is undoubtedly one of the most beautiful squares in Spain, and perhaps in the world, and is one of the best examples of baroque architecture anywhere in the Iberian Peninsula. 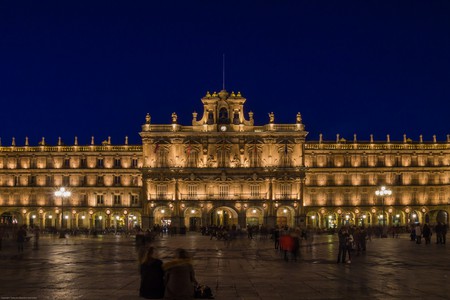 Not far away is the incredible Casa de las Conchas, famed for its main façade, which is covered with hundreds of shells. Just opposite is La Clerecía Church, also worth a visit. You can climb to the balconies at the top of the La Clerecía Towers and enjoy spectacular views over the city of Salamanca.

Afterwards, why not take a walk along the Roman Bridge, or through the Calixto y Melibea Gardens, with their unique Moorish design and peaceful atmosphere?

The Casa Lis, an impressive modernist building partly made of stained glass, is yet another of the city’s treasures. It houses the Art Nouveau and Art Déco Museum, with its incredible collection of decorative objects dating from the turn of the last century, including collections of porcelain dolls, marble figurines and glassware.

Finally, spend some time visiting the cathedrals – yes, the city has two, an old one and a new one. Climb the narrow, twisting steps of the Old Cathedral’s medieval tower, discover the art museum tucked away inside, and explore the exterior terraces, lookout points and balustrades decorated with gargoyles, pinnacles and cathedral bells. 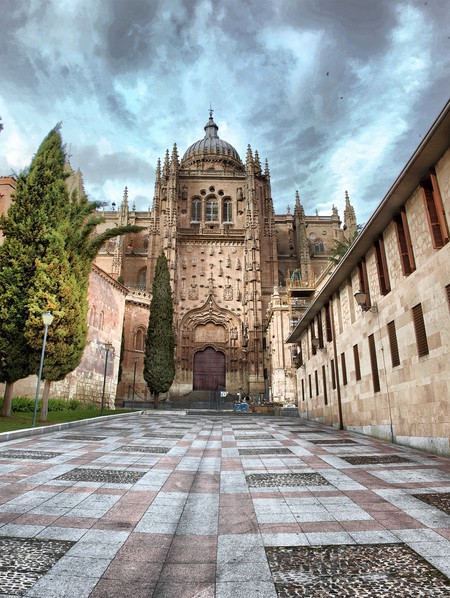 View of the Cathedral of Salamanca | © S. Hoya/Flickr
Give us feedback