A Region-by-Region Guide to the Basque Country 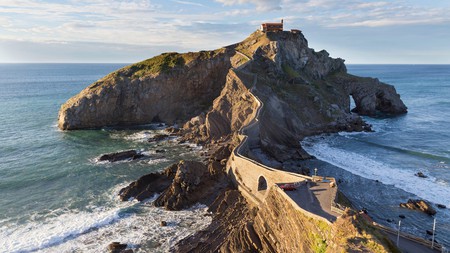 The Basque Country is one of Spain’s autonomous communities, and lies in the middle of northern Spain, bordering the Bay of Biscay and France. It’s a unique part of Spain, with its own language, culture, traditions and cuisine. Here’s a guide to each of the three provinces that make up Spain’s Basque Country: Bizkaia, Guipuzcoa and Alava – Araba.

Bizkaia is the westernmost province of the Basque Country and borders Cantabria to the west and Burgos to the southwest. It’s the most densely populated territory of the Basque Country, and comprises both cities and rural villages. The province has a spectacular coastline that stretches for 150 kilometres (93 miles), featuring quaint fishing villages, rugged cliffs, golden sand beaches and wild nature reserves. Besides its capital, Bilbao, and the city’s Guggenheim Museum, some of the top sights are the UNESCO World Heritage Hanging Bridge of Vizcaya, the wild peninsula of San Juan de Gaztelugatxe and the natural Urdaibai Biosphere Reserve. Its cuisine, like that in much of the Basque Country, is heavily influenced by the sea. One of the most popular dishes here is bacalao a la vizcaína, which is cod with garlic, olive oil, onions and red peppers, cooked into a sauce. 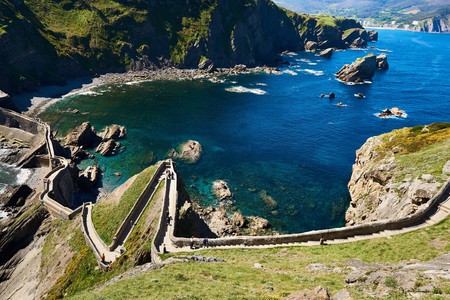 The province of Guipuzcoa sits in the eastern part of the Basque Country and borders Navarra to the south and France to the east. Sitting along the coast of the Cantabrian Sea, it’s home to some of the most stunning beaches in the area. The capital of the province is the city of San Sebastian, Spain’s foodie capital, home to more Michelin-star restaurants per square kilometre than any other city in the world apart from Kyoto in Japan. This is the province to sample Basque haute cuisine, as well as some of the best pintxos in Spain. In fact, San Sebastian is where pintxos were invented. Along the coast from San Sebastian, you’ll find the pretty coastal towns of Zarautz, Getaria, Mutriku and Hondarribia, each of which offers beautiful beaches and an array of cultural attractions. In the interior of Guipuzcoa, visitors will find landscapes dotted with valleys, mountains and nature reserves such as Aiako Harria and Aralar. Two of the most interesting sights to see in the interior are are the shrine of La Antigua in Zumarraga and the Loiola basilica in Azpeitia. 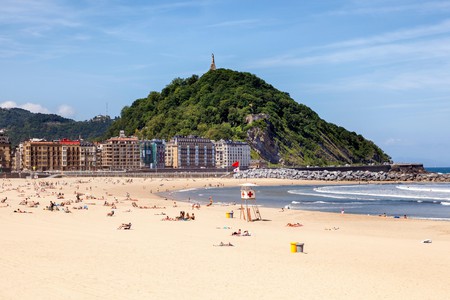 Alava – Araba is the southernmost of the Basque provinces, and unlike the other two, doesn’t border the sea; it is also the largest province. The capital of the region is the town of Vitoria-Gasteiz, which is also the capital of the Basque Country. It may not be as well known or get as many visitors as the other two regions, but that doesn’t mean it’s not worth a visit. There’s a well-preserved medieval old town in Vitoria-Gasteiz, the impressive Cathedral de Santa Maria and a pretty green belt running around the outside, not to mention numerous art and history museums. Within the centre of the province, visitors will find no less than four national parks, making it a great place to explore the outdoors and try out a number of adventure activities. In the south lies the area of Rioja Alavesa, part of the La Rioja wine region with its celebrated bodegas (wineries) and well-known wine route. 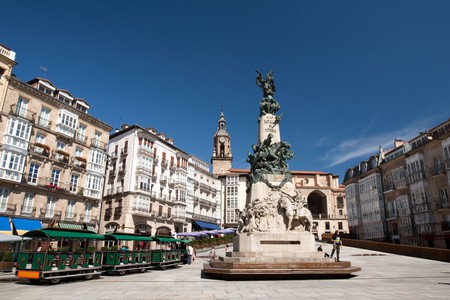 The capital of the Basque Country, Vitoria-Gasteiz, is a historical hub and preserved medieval town | © Martin Lindsay / Alamy Stock Photo
Give us feedback